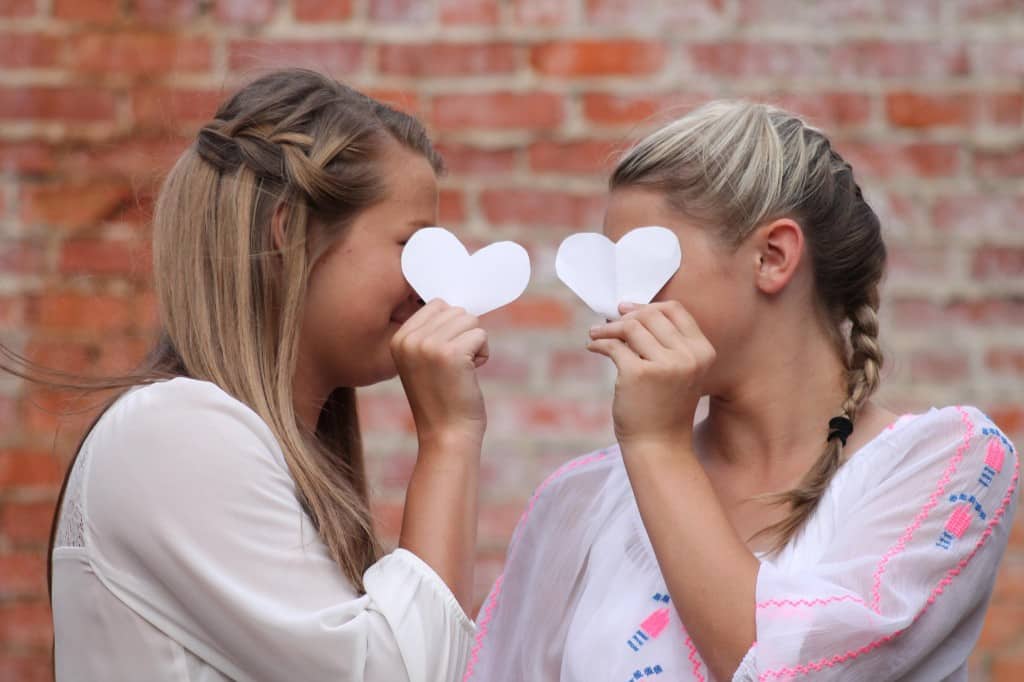 While there is a lot of content in the blogosphere about relationships, there seems to be a gap when it comes to relationships between women. Payden does a great job of succinctly addressing the habit of shallowness that riddles many female friendships, and offers an example of what friendship should look like between Christian girls. Enjoy her guest post!

There is hardly a more abused or battered word than friendship. In our culture, the term is thrown around so lightly it has come to carry little meaning.

Effort is minimal, drama is rampant, and tense and broken feelings abound.

As a result, it is difficult to know what to expect from the relationships I have from the women around me. Are deep, rewarding friendships even possible?

What should it look like? What is a friend? Many women measure the depth of their relationship with another by how gratified the other friend makes them feel.  We live in a world where women compete with each other. Often, our initial response to meeting a new friend is to “size them up” and compare their strengths with ours and determine whether they pose a threat or not.

If they make us acutely aware of our insecurities, we hold them at an arm’s length.

If they cater to our vulnerabilities and make them seem not quite so bad, we buddy up with them.

Our friendships have become a matter of “what can I get from this other person?” instead of seeking out kindred spirits with a heart of love and a desire for good, old-fashioned companionship.  When selfish desires form the foundation of our dearest relationships, those same friendships turn into something toxic and unhealthy.  When I look at my friendships, I measure their depth by just how much Christ is the center of them.

Two years ago, I spent my summer becoming close to two very different girls. One of them I’ll call Ana and the other we will call Drea.  I was more friends with Ana than Drea, but those two were very close so we became an inseparable trio that summer. For months, we were happy with our sleepovers, our Starbucks dates, our late night talks about boys and the future. Those were our two favorite topics and we would discuss them over and over again.

Despite Ana’s protests that all three of us were best friends, a thought in the back of my mind told me there was something lacking. While I couldn’t put my finger on it, there seemed to be an uneven amount of taking and giving and I knew that a healthy relationship is an even balance of sharing and receiving.

In an effort to try to satisfy my troubled conscience, I eagerly agreed when they suggested we do a Bible study together. We met one time… and it quickly ended when the conversation went from Jesus to what we wanted in a husband to how hot Chris Pine was in Star Trek.  That was another red flag in my mind. While I dearly cared about the two girls, I knew I needed to take a step back and re-examine the depth of my relationship with them.

Because I distanced myself, Ana and Drea became even closer. Mainly, it was hangouts and inside jokes and discussion of drama. That was the essence of their friendship.

Shortly after the single Bible study, Drea started dating Ana’s brother. Drea wanted to know if I approved of him and I told her that I didn’t think he was ready for a number of reasons. Of course, this offended Ana- because it was her brother we were talking about. Still, I saw just how sensitive and shallow our relationship really was.

Eventually, all three of us drifted apart without an issue, but I came away with a lesson. If the most common interest I have with my friends is talking about boys, drama, culture, or fashion, I am doing something wrong. There ought to be edification, a definite sharpening I can come away with when I have finished a conversation with them.

There is nothing wrong with talking about boys or fashion, but they should not serve as the thread that holds my friendships intact. What kind of a foundation is that? No wonder there are so many tired, boring relationships between the girls my age.  It is the same subject stuck on repeat that keeps them together. As soon as their common interests have been exhausted, nothing remains to carry on.

I am blessed with pure, godly friendships with many women in my life. Just last weekend, I had the blessing to re-connect with an old friend after four years. I recently moved to DC and my friend, Brianna, lives in the area so we decided to meet up.  While we have each gone through our own trials and experiences, nothing fundamentally had changed because the core of who Brianna and who I am has remained the same. Circumstances has not affected the nature of our relationship.

As I jumped and climbed the trails along the Great Falls with my friend Brianna, I could feel the truth being pumped into me as effortlessly as breathing in the crisp Maryland air. While we hiked, our conversation was so naturally God-centered, genuine, and refreshing, that I came away more renewed than I had in weeks.

When two people have the same focus, their friendship is sturdy because it is built on the same foundation and both persons are held to the same accountability. While it is good and necessary to have relationships with all kinds of people, there is something to be said for the safety and sense of renewal you feel when in the company of a like-minded friend.

So, learning all of this, can I now say what a friend really is?

It is someone who knows all of your weakness, but loves you anyway. They will not exploit your insecurities or flaws, but they will not cater to them either. A true friend will faithfully point you to the Truth regardless of the consequences. Essentially, “Greater love has no one than this, that he lay down his life for his friends.”

Law of Love: Why God’s Design for Sex is Marriage

When Pure Girls Marry: Countering the Christian Fear of Sex

On Guard: How Men Can Protect the Purity of Relationships

Why We Should Stop Asking, “How Far is Too Far?”

You Don’t Want to Lose Him… But Maybe You Should

Glory Filled: Your Body Is a Temple of God