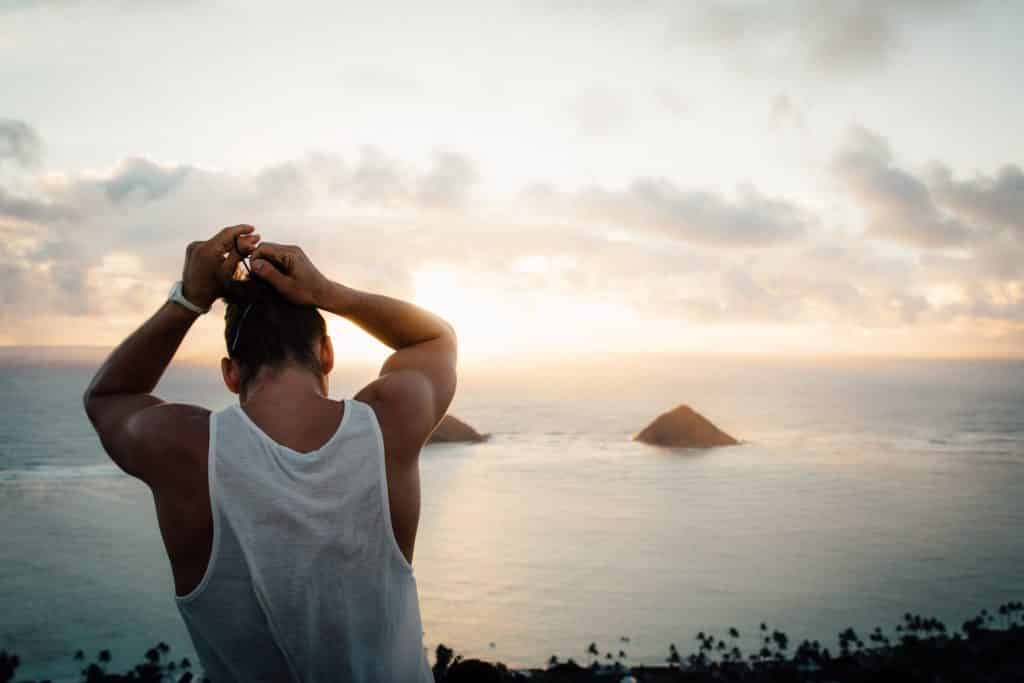 Typically this conversation centers on women, but I’m bothered by the media’s silence about men. Too often, the internet speaks only to deride their “incompetence” or call them to the higher standard they should be meeting. Certainly, men need to rise to the challenge of manhood, just as women need to mature into an adulthood of their own. But many issues that fall into the “female” category are just as applicable to men.

Our spiritual enemy desires to make both men AND women into objects using tactics specific to their greatest vulnerabilities. The identities of women are entwined with their physical bodies: their appearance, fertility, and productivity. Not surprisingly, these areas are a prime target for Satan’s attacks.

But while men value their bodies, they embrace identity in a different way. In her book Overwhelmed: Work, Love and Play When No One Has the Time, Brigid Schulte shared research detailing that many men find their identity in what they do. Their work, intelligence, and hobbies are all indicators of identity. Of course there are exceptions for both men and women, but it should come as no surprise that men are also targets of this cultural objectification project – we just don’t hear as much about it.

Objectification isn’t just a cultural phenomenon spawned by the age of technology. It’s part of a plan to demean humanity; a plan set into place from the moment Eve doubted God (Gen. 3). Ever since man was created, the enemy has been working to divide us from God. Life can only come from God Himself and the existence of it is so precious, the enemy is working overtime to devalue it on every front. He demeans and disrespects women, and he does the same to men.

So, like women, men are objectified for status, marital or relationship status, career, and appearance. The media sends a message that if they only had this job or that body they would be successful; they would have worth; they would be worthy of respect. They are expected to “man up”, to be confident, to know what they are doing at all times, with little mercy for failure. What we don’t see is their vulnerability.

Men are just as vulnerable as women, with an equal capacity for insecurity and defeat. But defeat manifests itself differently for men, and because we don’t see it as readily, we don’t believe it’s even there.

This division – a feminist blindfold to what is really at stake – is an extremely effective decoy. If we see the objectification of women as a male problem, we are far less likely to extend grace or link arms with men to fight this issue. We are far more likely to judge men, to despise and deride them for how women are treated, rather than seeing this for what it is: a spiritual battle for the value of human life.

Our enemy seeks to steal, kill, and destroy unity because God Himself is One: “There is one God, and one Mediator between God and men, the man Jesus Christ.” (1 Tim 2:5).  His Oneness is part of His essence, and all who claim the name of Jesus Christ are called to preserve that unity. Christian marriage and relationships are all designed to maintain unity of love and selflessness (Eph. 4:11-13). Where unity is lost through dissension and discord the slow spiral into hatred and abuse begins.

The enemy wants us to overlook the objectification of men so we miss the point of what he’s doing. If he can abuse women and entrap men in a cycle of defeat, he most certainly will do so. But we can break this evil legacy before it continues to our own sons and daughters. We can recognize the real issue behind objectification of body, job, and identity and choose to value life, both male and female. We can extend grace, we can provide counsel, and we can love the way Christ loved us: while we were still sinners (Rom. 5:8).

This is not an excuse for either gender to be objectified, and if you’re reading that into this post you’ve missed the entire point. It’s a call to fight objectification from a unified front. It’s a call to recognize that men also have insecurities, that they need respect and worth, and that we have no right to objectify them in the name of patriarchy or misogyny. Christian women do not fight that way.

We are called to walk in grace, mercy, and love as our Savior did, even when He knew all of us – male and female – would cost Him His life.

We are in this spiritual battle whether we like it or not. We can turn our swords on one another, blaming one another for what is wrong in this media and world, or we can see this for what it is: a plan to devalue life, to destroy unity, and to break the heart of God. We defeat the enemy by giving value to those God loves. We defeat him by offering love and respect with no promise of return – because God is our justifier and our defense (Rom. 4:5). And we prove to the world through our actions that men and women are not objects, but eternal souls precious in the sight of God – and precious in ours as well.

“I appeal to you, brothers and sisters, in the name of our Lord Jesus Christ, that all of you agree with one another in what you say and that there be no divisions among you, but that you be perfectly united in mind and thought.” (1 Cor. 1:10)