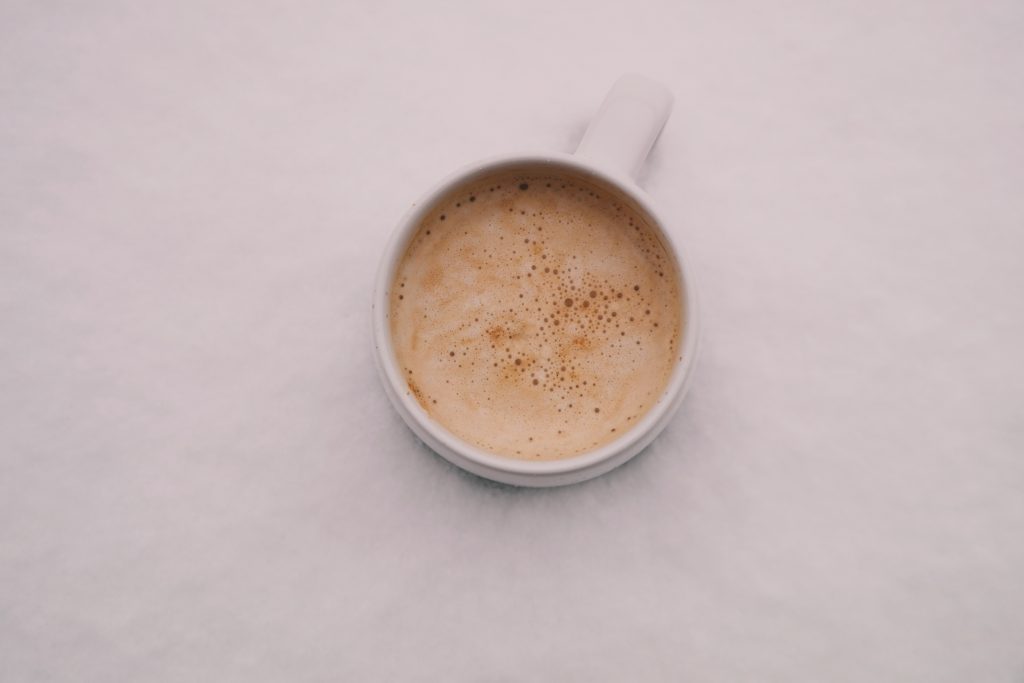 In the wake of the red-cup controversy, perhaps I shouldn’t admit my affinity to Starbucks. But I’m going to, because it’s the truth: I like Starbucks, always have, and until my hometown café (Roast and Toast) becomes a national chain, I always will.

Starbucks made coffee-snobbery possible for proletarian consumers, allowing us to have opinions on a subject the majority of us – pre-latte enlightenment – knew and cared little about. Even so, my drink of choice has mostly been black coffee, sometimes with cream, sometimes without, depending on how Monday my day is going. But pregnancy stole my tolerance. In a crushing blow, pregnancy caused black coffee to turn my stomach for the entirety of the first trimester, and I was forced to soften my favorite drink successively with milk, then cream, then sugar, and then what the heck – just give me a latte.

I used to make fun of my friends for their absurd Starbucks orders. One in particular used to work at Starbucks, and her order was on par with a theological dissertation. She and the barista would exchange knowing glances as she rattled off “breve-this” and “light-on-ice” and “three-shots-extra-hot-double-sleeve-no-cup”.

By the second trimester, however, I cut back on my sugar intake and realized my latte habit – exaggerated by business trips and the two beautiful words, “per diem” – was a bit out of control. So I started buying skinny vanilla lattes, because who doesn’t like the word “skinny” when they’re pregnant?

And because I’m lactose intolerant, I ordered it with soy, because the extra sixty cents really is worth avoiding the airplane bathroom.

One day, standing in line at yet another airport Starbucks, I thought, “You know, these lattes get cold so quickly.” The barista asked for my order and in a moment I sold my soul to #basicwhitegirl: “Yes, can I get a skinny vanilla latte, soy, extra hot.”

My Starbucks order was officially longer than my name, which is pretty near impossible.

It stayed my drink of choice through Adeline’s birth, the Christmas cup controversy, and even two-for-one holiday drink season. So a week ago I went out, baby-less, to get some groceries. The Starbucks is right by the grocery store, in a genius move by the zoning committee, which I guess was made up of moms. And for the first time in my life I tacked on the unmentionable to my Starbucks order: decaf.

Decaf coffee is no coffee, my fellow connoisseurs joke. We send each other Instagram pictures of decaf coffee being poured down the drain. But in my old age I have come to realize I can no longer drink coffee all day and still sleep at night (though these days, it’s not the coffee that prevents me from sleeping) so I made the drastic life choice of buying a decaf latte.

When I got home I left the red cup on my desk and returned to find Josh sampling it.

“What even is this?” He asked, setting it down in disgust.

“It’s a skinny vanilla soy extra hot decaf latte.” It sounded worse saying it out loud, like swearing in front of children.

“So you bought soy milk. Warm soy milk.” He had the “my wife is wasting money” look husbands sometimes get, so I hastily reassured him:

He shook his head.

“I don’t expect you to understand, Mr. White Mocha,” I sniffed. “At least I’m not ordering the menu item with highest calorie count.”

“At least I’m not ordering a red cup just to walk around with a Starbucks logo in my hand.”

I did not condescend to answer.

Thought Catalog once did an article on what your coffee order says about you. Ironically, the people baristas perceive as drinking coffee for social status were none other than the white-mocha drinkers:

“Certain drinks signaled to us that the drinker didn’t necessarily like the taste of coffee, but did like the caffeine or the social status of drinking coffee or the green logoed cup. Single grande or venti anythings generally flagged this for us (the “normal” espresso beverage at starbucks – excluding iced drinks or americanos – had two shots for grande and venti sizes). White mochas signaled this to us (white mocha was, to our minds, the sweetest and most “disguising” syrup/sauce option).”

Hmm. And the truth comes out.

The funny thing is my Starbucks order kind of sums up the post partum experience. First, you want to be skinny again. So you get these grand ideas for changing your eating habits and exercising, counting down to that six-week mark of freedom. But then – cookies. And muffins. Bagels. Ice cream. It’s like all the cravings hit me once the baby was born. And if you’re breastfeeding, you even have an excuse to eat this stuff: ever heard of lactation cookies? All the goodness of cookies without any of the guilt. Now you all wish you could breastfeed.

Secondly, vanilla. It’s what your body looks like after nine months (really, ten) of cultivating a human: Pillsbury-Doughboy vanilla. I used to tan regularly prior to pregnancy (I know, I know) and no amount of self tanner can solve the slow fade into winter whiteness. It just happens. I did attempt to use self tanner post partum, thinking it would hide my stretch marks a little or at least make my legs blend into my abdomen like they were in fact members of the same person – don’t do it. I looked like a brown zebra. Isn’t there a name for that? A zonkey, I think. A zebra and donkey. Wildly appropriate.

And finally, extra hot. And not because I look it. The first three weeks postpartum I woke up in bed soaking wet. After pregnancy you start accepting the fact that fluids can come out of you anywhere, anyhow, anytime, but seeing that I didn’t have another baby hiding in there somewhere I was a little befuddled by what I soon discovered were night sweats. No one had informed me of this pleasant experience.

So my Starbucks order came to reality in all its glory, leading me to my present day skinny-vanilla-soy-extra-hot-decaf life. Decaf because my husband drank the coffee I set out for myself this morning, and the cup I re-made for myself spilled all over the floor. Because – why not?

In my working days, I was known for my coffee habit. In my ignorance I thought I “needed” coffee to operate. Ha! As if I needed more than the eight consecutive hours of sleep I was getting back then. If it were possible to look down on my past self, I would.  Coffee is far more essential now than it has ever been.

The first six weeks after Adeline was born, I dreaded going to bed. I knew bedtime wasn’t bedtime: it was just daytime all over again, in two hour increments lit by Netflix instead of the sun. So to make myself feel better, I would go to bed thinking about how morning would come and with morning came coffee. It was a daydream of drastic proportions. I started measuring the coffee into my French press the night before, prepping the tea kettle, and buying three different coffees from the grocery store to try all my options. You know those shirts that say, “All I need is coffee and Jesus”? That is my reality.

I underestimated how long it would take to drink my coffee, however. I had never reheated one mug so often. The record was five times, I believe – and that was before a refill. And let’s be honest: in my nine weeks of motherhood there have been desperate moments, moments where an inconsolable baby screamed from my arms as I begged her to understand. “It will be okay! It’s all going to be okay, just let Mama get her coffee. JESUS WANTS MAMA TO HAVE HER COFFEE!”

For some people it’s wine. I don’t need anything else making me sleepy and relaxed: the baby has that down pat. I need something to slap me awake and keep me going like a freight train and hey – if it puts hair on my chest, it’s nothing the estrogen didn’t already do.

So here’s to the nectar of God and moms: skinny, full fat, soy, 2%, vanilla, or chocolate – but always fully caffeinated.