To the Girl With the Boring Testimony 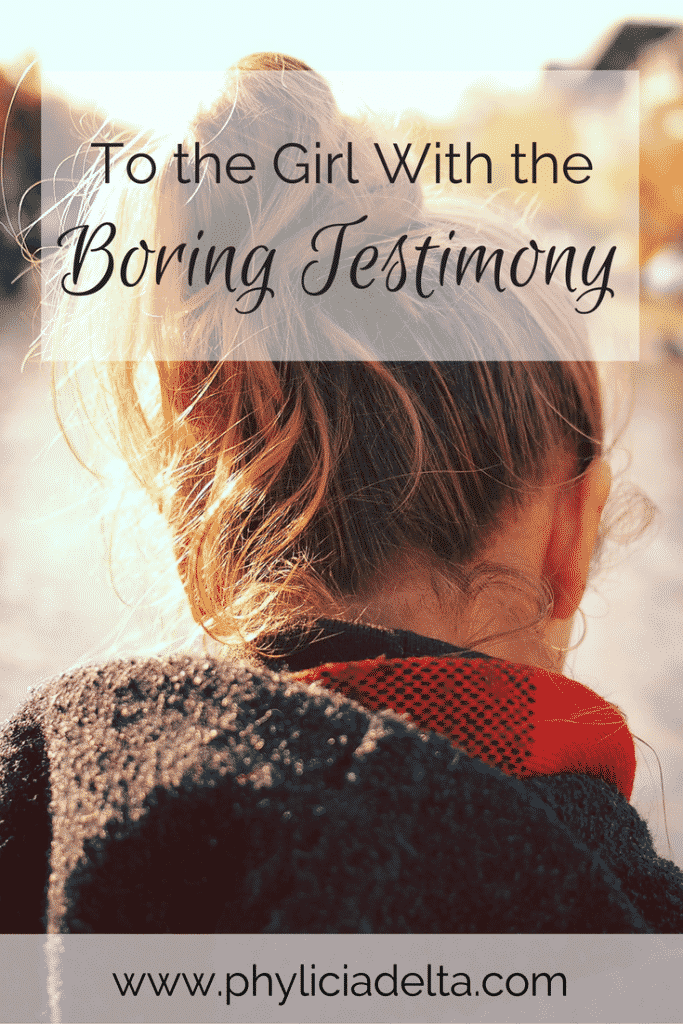 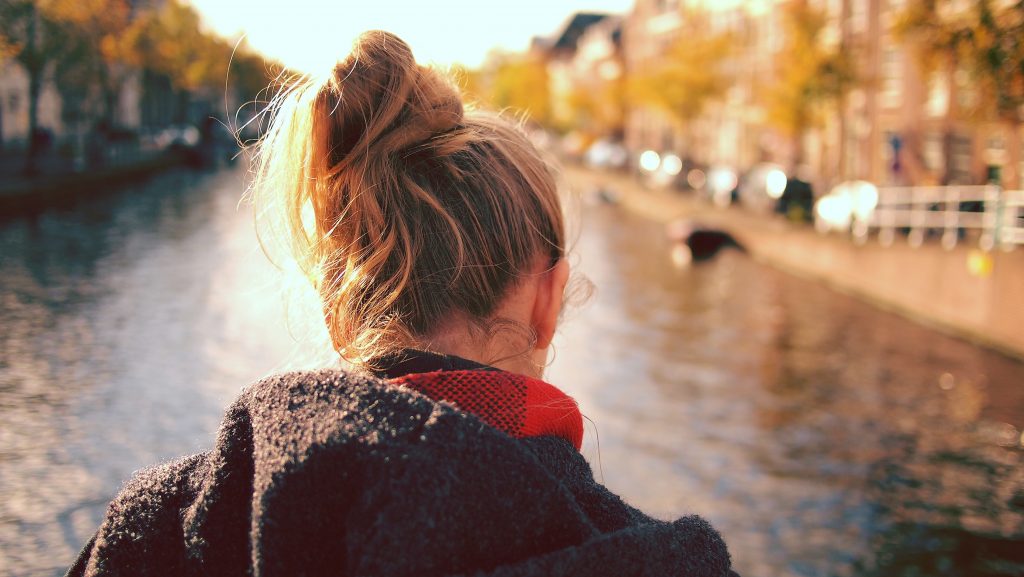 My story isn’t anything special.

Perhaps that’s what you think. I know it’s what I thought in the college-group circle. To be honest, I was embarrassed of it – ashamed of my goody-two-shoes life. It seemed like rebellion was a rite of passage and I’d missed the boat. My testimony was nondescript; my life, boring.

I had my struggles and sins, of course. But overall my rebellion wasn’t outward; it wasn’t a pulpit-and-powerpoint story. So I’d rush through my testimony, skimming over the deep parts because – who cared? Even I wanted to hear the exciting stories of redemption and transforming grace.

The sensationalist culture that bought me has convinced many more women of the church. But when did this begin? When did we stop believing that every testimony is powerful because our God is a powerful God?

But the ground is level at the foot of the Cross; all of us fall short (Rom. 3:23). The separation at the Beginning is one choice that affects us to this day (Gen. 3). We are born into a sinful precedent and destined to repeat what was begun unless something changes. As good as we try to be, we can never be good enough – not because God is cruel, but because He is holy. He has to be.

We know that God welcomes any repentant sinner, no matter how flagrant their former life: the rebel, the outcast, the addict. But there are others who feel their testimony is too good; too nondescript. Too boring. They have no stories of rebellion to share; no gospel transformations; no history of alcohol or drugs. The prayer they prayed at six years old opened a door and they walked through it, and they kept walking, hand in hand with God.

Some of us have that story. And while some are saved out of lives of rebellion, others are saved from the rebellion they could have known. There is no defining line between the sins that pinned our Savior to the Cross; all were equal. All were paid.

Your “boring” testimony stands witness to the same grace that gives value to the promiscuous, purpose to the addict, and freedom to the slave. We do not receive uneven measures of grace, but an equal measure with all those who call upon the name of the Lord; equal in the sense that all of us receive it, yet it never runs out.  Instead it runs over, abundantly flowing into both the lives scarred by sin and the lives saved from committing it.

We all need it, this grace. The six year old during altar call and the addict weeping on the floor of her bedroom – we all need it. We all have a chance to be transformed by the gospel, because that is what it is meant to do.

The freeing truth in our stories is this: our testimonies are not about us, but about Him.

It’s not about where we came from, but where we’re going.

It’s not about who we were, but who we are now.

It’s not about what sins were committed, but about the blood that covered them and the God who made a way.

Your boring testimony is not about you. It’s about the grace that won you before a path of pain. This is amazing grace: how sweet the sound, that saved a wretch like me.