How to Go From Texting to Dating 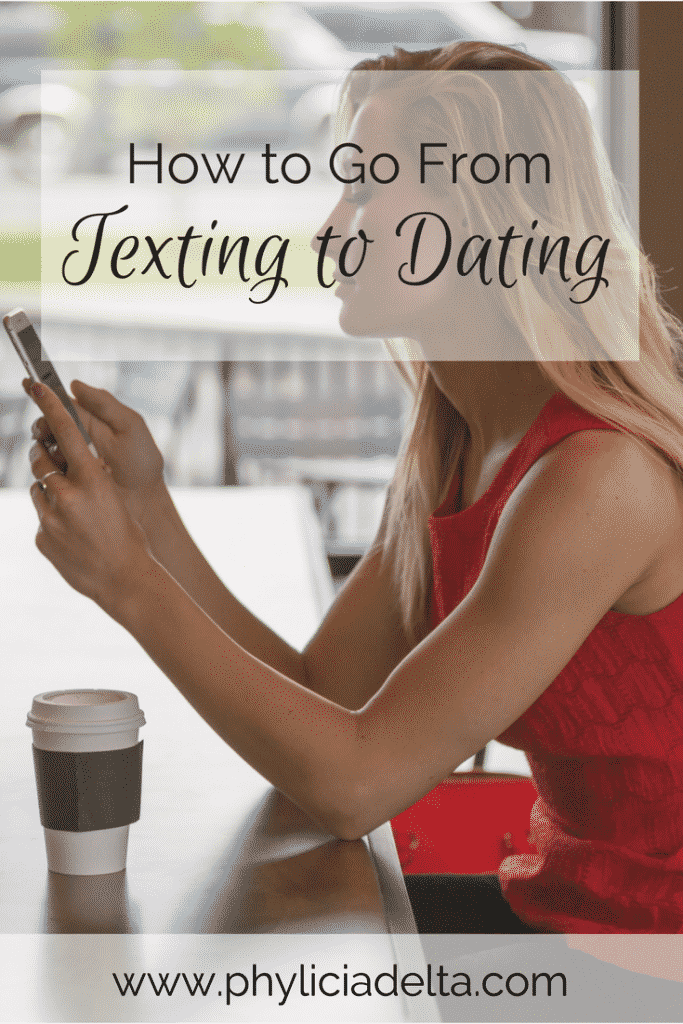 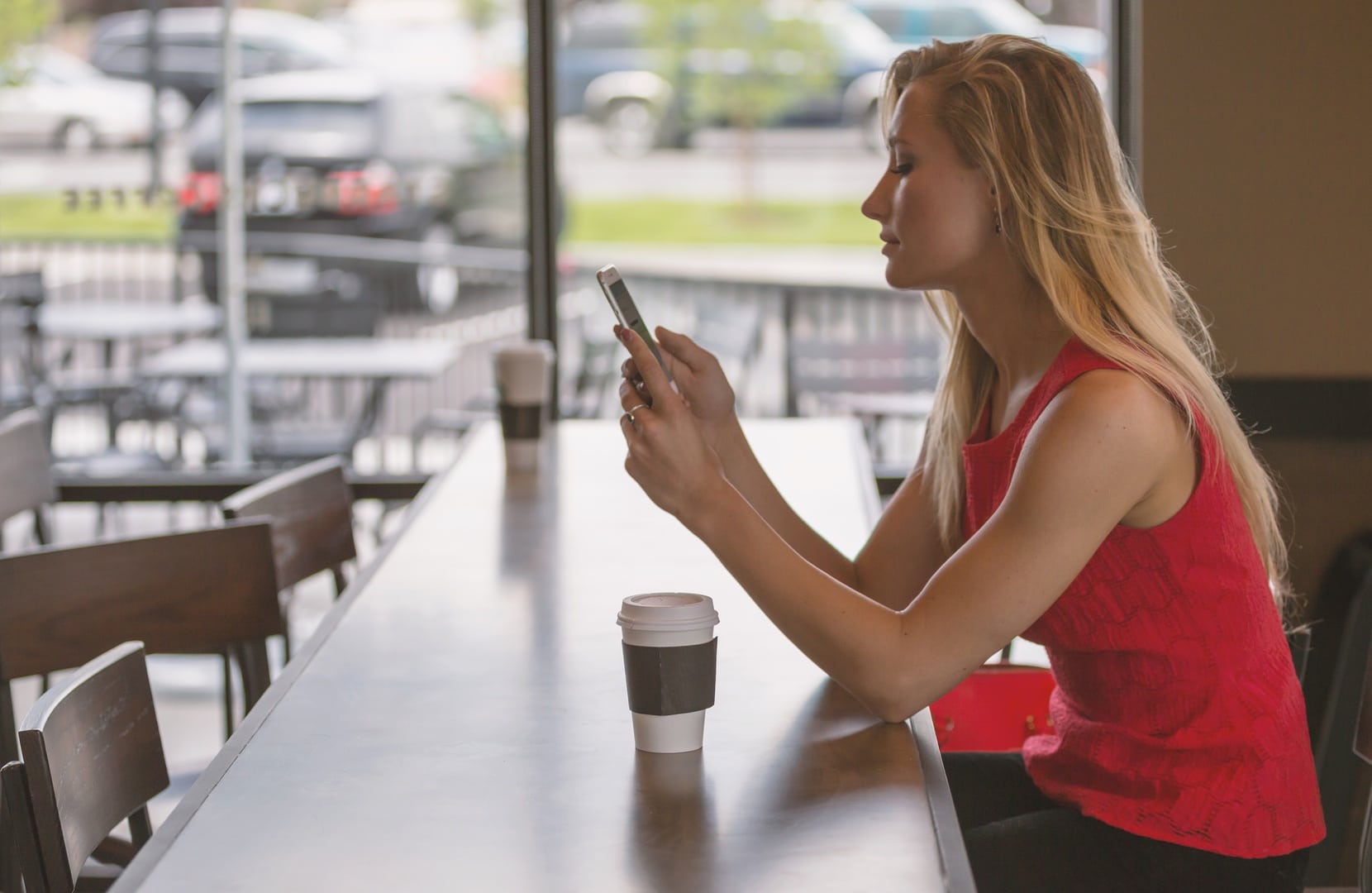 I was once in a wedding where one of the bridesmaids spent every other minute on her phone. Between the heels, essential bridal party Starbucks cup, and the phone glued to her hand, she was a veritable life-size Barbie. After one particularly obvious texting episode that took the girl out of the room, the bride leaned toward me and said – apologetically – “It’s this guy she likes… they text all the time, but he won’t just ask her out.”

Sadly, our constantly-connected culture has made situations like this far too normal. But from a purely practical standpoint, long term texting makes perfect sense: Protected by a screen, we can communicate about almost anything without the vulnerability of face-to-face conversation. We can ask questions we are too scared to ask in person. We can communicate when and where we desire, and can stop the conversation with the press of a button.

But the things that make texting so practical are the same reasons many singles can’t move past the “just friends” stage. Without vulnerability and face-to-face (or voice to voice) contact, relationships lack depth. And when conversation is about control and people are shut off when they cease to be convenient, commitment isn’t even on the table.

So today I’m sharing four ways to quit texting and actually date somebody, because it’s time to get real about this problem.

Talk On the Phone

Confession: I hate talking on the phone. After five years working in or around a call center, if I never hear a phone ring again it will be too soon (I actually get annoyed when I see a voicemail on my phone, and rarely leave voicemails when I call other people – it’s epidemic). So if you’re averse to phone calls, I can identify with you.

That said, I make myself call my husband when he is out of town in order to take care of our relationship. I would much rather just text him. I would much rather utilize the convenience of stopping the conversation when I want instead of dealing with the, “Just a sec -” and “Can I call you back?” moments. But voice-to-voice contact cannot be replaced. It’s part of how God designed us as relational beings. Since texting cannot translate tone, any healthy relationship should have at least some regular face or voice time. This personalizes the conversation while also proving that commitment, not just convenience, characterizes the relationship.

First rule of thumb for singles: don’t be too available. There is nothing more sad than the person who misses life because she’s waiting for a text.

Confident, healthy relationships are built by confident, healthy people. These people have individual interests and responsibilities that prevent them from being too available. Their lives are too full to be captivated by the next text they’ll receive. And because they’re busy working or serving or climbing or running they aren’t going to respond to texts immediately every time they’re received. That’s not rude. It’s living life unplugged.

This approach encourages both parties to focus outside their phones. It would be even better if the phones were shut off and you went on an actual date, which brings us to my next point.

Suggest Something to Do

Can girls ask guys out? I’m writing about that soon on Project Inspired, and I talked about it a little in this post. My general rule is to let the guy do the pursuing, because the more they work for a relationship the more they tend to appreciate it (at least in my experience). But biblically speaking, I haven’t found anything indicating female initiative in a relationship is beyond God’s approval. To the contrary, our girl Ruth was the one to approach Boaz in the classic post-Abrahamic love story we all know so well.

I don’t think this means chasing down every guy in your college group, but I think it opens some doors we’ve been closing in the church. If you’ve been talking with a guy for months with no follow-up, he might be oblivious to your feelings. If you want to get to know him better, suggest something to do. A few things I did in my single days:

In doing this, keep in mind that unless you tell him it’s a date, it’s not a date. Dates don’t equal marriage, and hang outs don’t equal dates. Just as you would want clarity on that subject, give him clarity. But don’t be afraid to take some initiative.

Long term texting isn’t always headed toward commitment.  Sometimes people do it because the attention is easy and affirming. In a sense, they use their texting buddy to get the ego boost they need, but never intend the relationship to go anywhere. Chances are, if your texting cohort refuses to talk on the phone and doesn’t want to hang out in person – or is awkward when you do – he’s only interested in a sounding board. There are a lot of nice guys who can fill that role for him.

Know your value. There is a big difference between being someone’s friend and being his savior. No one is designed to fill that role except Jesus Christ. It is not selfish or unkind to set boundaries, recognize your value, and stop a riding someone else’s emotional roller coaster. It may be time to cut the guy loose. (Read more about that in this post)

The beauty in letting go of an emotional leech is that you’re free to engage in real relationships. Your world will be open to meeting people who talk to you because they want to know you – not just because it makes them feel good about themselves. Free from your phone screen you’ll become a better communicator. You’ll be more vulnerable and authentic, and that will translate to all your friendships – guys and girls alike.

Cutting back on texting doesn’t mean the guy you like will ask you out, but it often leads to a better knowledge of his intentions. Less availability leads to more clarity. It requires that the contact people DO have with you be meaningful and direct. And the promise of deeper relationships is incentive enough to shut off the phone, get some coffee, and talk face to face – just like old times.

How about you? How do you manage relationships and technology? Share below and don’t forget to check out this week’s podcast on choosing contentment.