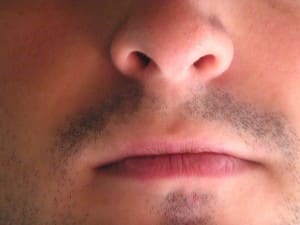 There are times silence is like lettuce in your teeth; incredibly awkward, but without a sudden exit to the bathroom, no way to deal with it appropriately.

Our high school method for such silences was to lay one hand on top of the other, spinning thumbs like a turtle’s fins and hollering “AWKWARD TURTLE” until we were all laughing again. But I can’t do that at work, even though there are times I’d really like to. I can see it going down in the conference room, me in my black suit looking professional but completely ‘I Love Lucy’ on the inside:

“Where did these matriculation rates come from? The business intelligence office?”

It could be really great.

There are a lot of times I don’t know what to say, whether it be in a conference room, on the phone with a friend, or in the living room with my husband. Sometimes I know what I want to say but I know I shouldn’t say it, which leaves me gasping for synonyms like a landed catfish.

But God gives us a template for what to say in those situations. He even gives us a few options to choose from.

“Let your speech always be gracious, seasoned with salt, so that you may know how you ought to answer each person.” (Col. 4:6)

Sarcasm can be quite hilarious. Growing up in a big family, I was as accustomed to being made fun of as I was making fun of others. Our banter was a love language.

It’s fun, but I (and my siblings, sometimes) can go too far. Sarcasm morphs into severity and snide jokes become insults. Soon we can’t converse in a gracious manner at all without being perceived as insincere.

When we don’t know what to say, Paul says: choose grace. If you’re deciding between a sarcastic remark to get a few laughs and a kind remark to keep peace… choose peace. Frankly, I’d often choose the laughs or a nice controversy over boring old peace. But do I want to know how to answer each person?

“And after six days Jesus took with him Peter and James and John, and led them up a high mountain by themselves. And he was transfigured before them, 3 and his clothes became radiant, intensely white, as no one on earth could bleach them. 4 And there appeared to them Elijah with Moses, and they were talking with Jesus. 5 And Peter said to Jesus, “Rabbi,it is good that we are here. Let us make three tents, one for you and one for Moses and one for Elijah.” 6 For he did not know what to say, for they were terrified.” (Mark 9:2-6)

Peter and I have a lot in common.

Here he stands, on top a mountain in the presence of Holy God, grasping for words. So… logically, since he doesn’t know what to say, he says something.

Been there? I have. Not sure what to say, I say something just to fill the void. It might not be ‘AWKWARD TURTLE’ but it’s usually just as ridiculous. Jesus didn’t expect Peter to say anything at His transfiguration. Frankly, Peter could have reveled in awe at the incredible nature of the Son of God. But instead of taking time to absorb the moment, Peter rushed to say something.

We may think our words will fix, solve, and patch up problems when the problems aren’t ours to repair. Some battles can’t be won with words. God said this very thing in 2 Chronicles during a physical battle the Israelites were facing:

You will not have to fight this battle. Take up your positions; stand firm and see the deliverance the LORD will give you… (2 Chron. 20:17)

When we don’t know what to say, sometimes it’s good to be silent and let God work. This is especially true when we are with a gossip (or tempted to gossip ourselves; I’ve been there). God will fight our battles; we need only stand firm and be quiet.

“…speak evil of no one, to avoid quarreling, to be gentle, and to show perfect courtesy toward all people.” (Titus 3:2)

We are the salt of the earth (Matt. 5:13) providing flavor of Christ to those who come in contact with us.

When we speak evil, criticize, quarrel, condemn and show general distaste for humankind, we are useless salt, flavorless for God. As I write this I cringe because I can remember so many times I’ve been this way. This post is a reminder to me of all the areas I need to work on: my critical eye, my thoughtless words, my quarreling spirit.

Paul told Titus to speak evil of no one, even those who were speaking evil of him. Avoid quarreling (unless it is unavoidable for theological reasons), and be gentle in your approach. And most of all: show perfect courtesy.

If at the end of my life my tombstone could read: “She was a a godly woman, a loving wife, a patient mother, and Southern lady”, I would have died happy. Each decision I make today affects my eventual epitaph. Each time I run out of patience and forsake courtesy, each time I lose my temper, each time I gossip, I forfeit the flavor of Christ.

(P.S. I was not born Southern. But I hope to be adopted by the South. Squatter’s rights, perhaps?)

“…but in your hearts honor Christ the Lord as holy, always being prepared to make a defense to anyone who asks you for a reason for the hope that is in you; yet do it with gentleness and respect…” (1 Peter 3:15)

In the silence of grace and waiting, we prepare our response.

Like a lawyer presenting before court, we should have logical, thoughtful arguments not only for our faith but to answer each situation we encounter. When we respond in emotion, our arguments become flawed and twisted by feelings.

This answer is to be presented with ‘gentleness and respect’. By doing so, we ‘honor the Lord as holy’. Look at Jesus’ example throughout his trial: He often was silent, and when He did answer, He answered gently. But His arguments and statements were always intentional. Jesus could have railed on the High Priest for his unfairness. He could have yelled at Herod for his disrespect.

But Jesus was silent, and when He opened His mouth, His answer was planned. Because He was still gentle and respectful, He went to the cross above reproach, trusting God for justification.

God is our justice as well. We don’t need to make an emotional defense – He will defend us. This gives us time to quietly plan an argument of our own with His guidance.

When we don’t know what to say to a boss, coworker, friend, or family member, we wait.

We need not be anxious.

What we need to say will be given to us in the hour that is needed. I’ve seen this happen.

Four times a year I have the same bus driver come for a campus event. Every time he came, I would talk to him about Christ, but indirectly – not the complete gospel message. I wanted him to ask the questions, and I didn’t know how to bring it up. It just didn’t seem like the right time. So I prayed before each event, when I knew I would see him.

By the fourth event, he asked me the questions. I was given the words, and he went home with the gospel message from Genesis to Revelation.

I couldn’t have picked the time or words myself, but God gave them when He saw fit. I need to trust that same gift in other situations, and perhaps you do too.

He gives the words whenever you don’t know what to say. All we have to do is ask.