A Guide to Watching The Chosen 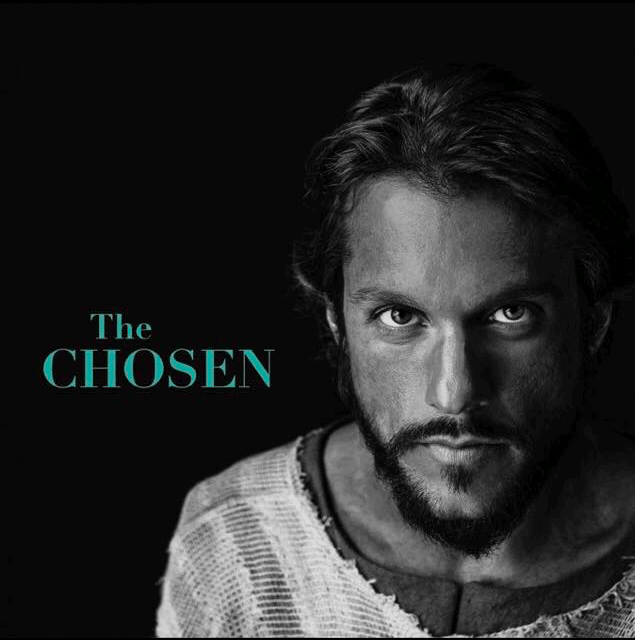 Since The Chosen – a TV series about the life of Jesus and His disciples – launched in 2020, I’ve received a plethora of questions about watching the show, what I think of it, how to interact with it, etc. Per the usual, I don’t plan to tell you what to think; I would rather teach you how to think through the show and get the most out of it. This led me to write a quick post outlining some tips for engaging with the show and including your kids or friends in the discussion of it.

What is The Chosen?

The Chosen is a “multiseason series about the life of Christ” and the people who followed Him. It dramatizes the stories of Peter, Philip, John, James, and the other disciples, giving historical context and some fictional plotlines to paint a picture of what Jesus’ ministry looked like in the lives of real people – the ones we read about in the gospels.

The Chosen is 100% crowdfunded, which means people get to watch it for free via Angel Studios.

The director of The Chosen is Dallas Jenkins, son of Jerry B. Jenkins (coauthor of the Left Behind series with Tim LaHaye).

Dallas Jenkins produced the independent feature Hometown Legend at the age of 25 and shepherded it to distribution by Warner Brothers. He made his directing debut with the short film Cliché, and his next short film, Midnight Clear, starring Stephen Baldwin, won a Crystal Heart Award from the Heartland Film Festival. He is the co-executive producer of Though None Go With Me, a Hallmark Channel feature that aired in April 2006. In 2007 he directed and produced Midnight Clear, based on the short, which won awards in festivals all over the country, and is still available from Lionsgate. His next feature What If…, starring Kevin Sorbo, Kristy Swanson, Debby Ryan, and John Ratzenberger released in theaters in 2010 and is still available.

His latest feature, The Resurrection of Gavin Stone, starring Brett Dalton, Anjelah Johnson, Neal Flynn, D.B. Sweeney, and WWE Hall of Famer Shawn Michaels, was produced and distributed to theaters in January 2017 with Blumhouse Entertainment, WWE Studios, and Walden Media, and is available from Universal.

He is currently directing and producing The Chosen, the #1 highest crowd-funded media project of all time ($10m) and the first-ever multi-season show about the life of Christ.

Thinking Through the Chosen

I’ve received a few objections to The Chosen and questions about content, associations, and benefit of the show that I’ll discuss here. I’ll start with two of the primary objections.

Does The Chosen Have Mormon Connections?

The show is created by evangelical Christians, not Mormons. However, Season 2 was filmed on the Jerusalem set in Utah owned by The Church of Jesus Christ of Latter Day Saints (Mormons). This partnership was not an endorsement of the show by the LDS nor was it an endorsement of Mormonism by Jenkins and his crew. LDS owns the best (or perhaps only) Jerusalem set in the U.S., and their willingness to lend it to the show allowed Jenkins to move filming from Texas to Utah for Season 2. More on this here.

Does The Chosen Violate the Second Commandment?

In Exodus 20 and Deuteronomy 5 we see lists of the Ten Commandments given to Moses for the Israelite people. The second commandment reads as such:

“You shall not make for yourself a carved image, or any likeness of anything that is in heaven above, or that is in the earth beneath, or that is in the water under the earth. You shall not bow down to them or serve them, for I the LORD your God am a jealous God, visiting the iniquity of the fathers on the children to the third and the fourth generation of those who hate me, but showing steadfast love to thousands of those who love me and keep my commandments.” Exodus 20:4

It is worth noting that the first commandment against idolatry reads, “You shall have no other gods before me.” This is connected to what we see in the second commandment. In his Jewish commentary on Exodus, Dennis Prager says:

“The primary purpose of this commandment is to prohibit images intended to be representations of God. As people tend to confuse image with essence, there is a danger that if God is depicted visually, people will confuse the depiction with God… This commandment, however, is not a prohibition against all art: The Torah is explicit about the importance of art and beauty in the construction of the Tabernacle. But, of course, that is art for the sake of bringing us closer to God.” (pg. 238-9)

InterVarsity Press’ Bible Background Commentary points out a similar thought: this commandment had nothing to do with the creation of art, particularly art to represent or point to the Lord. It was directly addressing the cultural context the Israelites were about to enter (Canaan). “The commandment has nothing to do with art… but the prohibition is concerned with how [images] were employed.” (pg. 95) It goes on to say:

“Images of deity in the ancient Near East were where the deity became present in a special way… as a result of this linkage, spells, incantations and other magical acts could be performed on the image in order to threaten, bind, or compel the deity. In contrast, other rites related to the image were intended to aid the deity or care for the deity. The images then represented a worldview, a concept of deity that was not consistent with how Yahweh had revealed Himself.”

The Chosen is not meant to replace God in our minds or hearts, but to present a visual aid to one’s existing journey with the Lord.

I have watched the first two seasons of The Chosen to completion and have been very impressed with the quality and context their team has brought to the show, You can tell they care deeply about preserving the story while also adding elements to humanize the characters we’ve learned about in the pages of the Bible.

I do have one significant caution for current and future watchers of the show.

Like his father before him, Dallas Jenkins is fictionalizing a biblical account. There is nothing inherently wrong with this. People thrive on visual context to what we see in Scripture. The unfortunate flipside of this – as we see in the aftermath of books like Left Behind and Redeeming Love – are people who think the Bible actually teaches the fictionalized portions. Because the readers are not biblically literate and are not growing in their actual study of the Word, they are not able to discern between what is actually in the Bible and what was added for fictional flair.

For instance: Many young women form views of marriage and sex and beauty from Redeeming Love that are nowhere taught in the book of Hosea. Thousands of Christians are terrified of a “silent rapture”, depicted in Left Behind, that the Bible has never taught and that is found nowhere in Revelation or 1-2 Thessalonians. (Reframe your view of Revelation to what the Bible teaches with this study)

These are just short examples, but they are worth noting as The Chosen grows in popularity. There is no sin in dramatizing biblical storylines to spread the gospel and create starting points for discussion (this was actually a central theme in the medieval church, where dramatized bible plays were often performed in the city square!). But there IS a responsibility to teach watchers how to study the Bible on their own and not depend on media to be their main source of bible knowledge.

We watch The Chosen on Sundays with our kids and have fantastic discussions throughout the day because of it. With young kids the visual is helpful but must also be centered in the actual gospel accounts. Following are my recommendations for watching the show:

I hope this was helpful as you enjoy the first two seasons of the show!