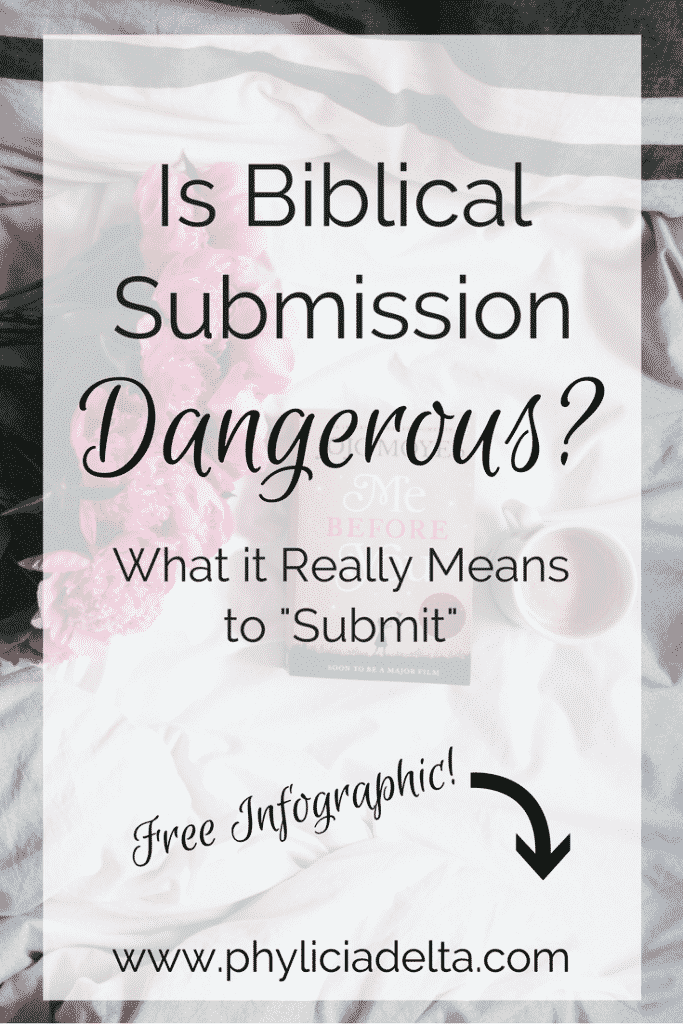 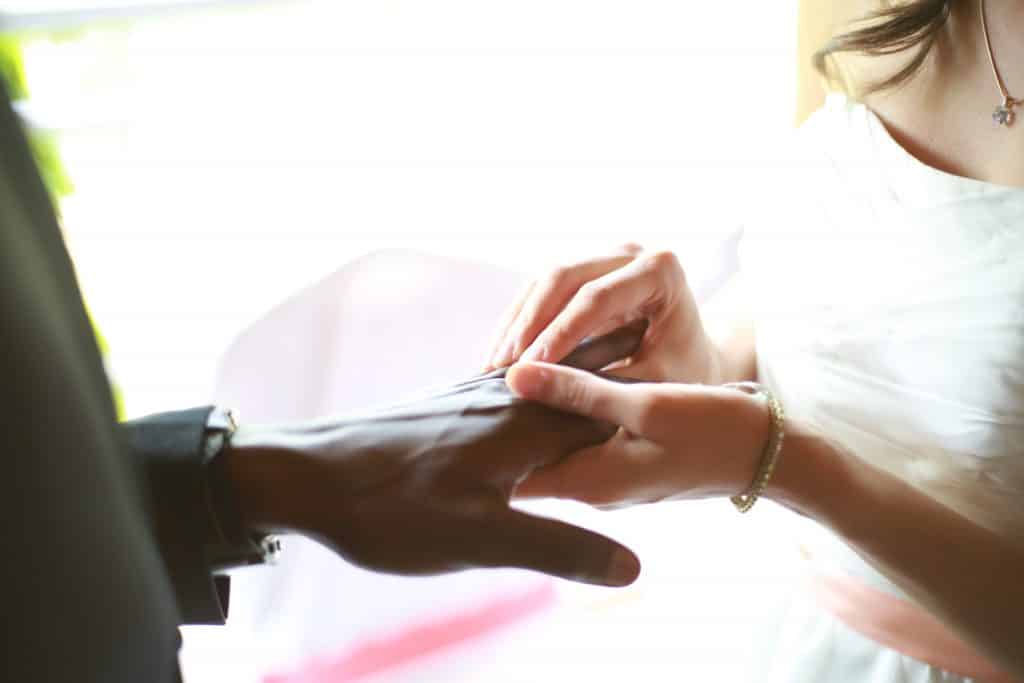 I was clicking through some of my referral links – the ones that send people to my page – and one pingback took me to a girl’s blog where she expressed her distaste for my post, “The 5 Myths of Modesty”. But her dislike for my stance wasn’t limited to the belief that women can wear whatever they like, regardless of responsibility or consequences; rather, Hannah expressed: “I just want to speak about my opinion of this dangerous, “submissive-attitude”.”
Submission: is it dangerous, like Hannah claims? I addressed this issue as it relates to modesty in my post, That Day My Husband Told Me What to Do. Subsequently, I did some research in both secular and Christian sources to evaluate both worldviews.

I’m bothered by both the Christian and feminist approach to this issue. For the Christians, it is imperative in this culture to know more than the face value of Ephesians 5 and Colossians 3. And for the feminists – until you also understand what is meant by the Christian stance on marriage and submission, your arguments against it will be fallacious and flawed.
So we’re going on a submission safari. I don’t think it means what you think it means.

What Paul Meant When He Said “Submit”

There are two passages frequently cited when it comes to submission:

Colossians 3:18: “Wives, submit to your husbands, as is fitting in the Lord.”

Ephesians 5:22-24: “Wives, submit to your own husbands, as to the Lord. For the husband is the head of the wife even as Christ is the head of the church, his body, and is himself its Savior. Now as the church submits to Christ, so also wives should submit in everything to their husbands.”

Certain movements within Christianity have set up husbands as the absolute authority within the home; wives silently submitting to their total leadership, their entire purpose being to produce as many children as possible in order to build God’s kingdom on earth (Gen. 1:28, “be fruitful… fill the earth and subdue it”). When feminists hear the word ‘submit’, this is the situation that incites their repulsion.
But this twisted submission is not God’s actual design, which leaves feminist arguments against Christian marriage completely invalid. Paul’s message to Ephesian husbands and wives depends entirely on mutual love and respect (see Ephesians 5:2). Paul’s designation of husbands as the ‘head’ of wives (Eph. 5:23) is distasteful to many at first glance, but a closer observation of the Greek reveals that Paul avoided Greek terms (specifically ‘arche’) which indicated total authority (as in a chief, general, or ruler) in favor of the word ‘kephale’, which can be translated as ‘physical head’ (as in a human head on a body) or ‘first soldier into battle’.
Additionally, Paul’s command for wives in Eph. 5:22 to ‘submit themselves therefore’ or ‘be subject to’ their husbands uses a different Greek word than the one used in Eph. 6:1 for children to ‘obey’ their parents. Wives are not commanded to bow to their husbands’ every whim or grovel at their feet; Paul instead emphasizes the voluntary nature of submission. In English, a better word to describe this action would be to ‘defer’ to one’s husband out of love and humility.
Paul’s commands to men and women in marriage are not about control, though some churches have made it that way. Paul’s command for love from husbands and respect from wives is a reflection of the respective weaknesses of each gender throughout the ages. Men are prone to insensitivity toward women’s value and emotions; women are prone to devalue a man’s need for respect. Yes, those are stereotypes, and yes, there are exceptions to those stereotypes; but if you read the complaints of women and men across the board, those generalities will prove consistent.

Leaders Are Not Worth More

Our culture equates leadership with value: if you’re not in a leadership position, you don’t get the glory, the spotlight, or the applause. So when the Bible places man as the ‘head of the home’, our cultural predisposition lunges to battle. “Why should men get to be the leaders? Why should my husband be the head of the home, and not me? Where’s my glory, spotlight, applause and control?”
But when God designates a leader, He is assigning servanthood. This is evidenced clearly in the gospels through the very example Jesus set:

“If I then, your Lord and Teacher, have washed your feet, you also ought to wash one another’s feet. For I have given you an example, that you also should do just as I have done to you. Truly, truly, I say to you, a servant is not greater than his master, nor is a messenger greater than the one who sent him.” (John 13:14-16)

“But among you it will be different. Whoever wants to be a leader among you must be your servant, and whoever wishes to be first among you shall be your slave; just as the Son of Man did not come to be served, but to serve, and to give His life a ransom for many.” (Matt. 20:26-28)

When God created man first and designed the order of the home, He did not set up a totalitarian regime. He gave man the weighty responsibility of teaching his family what servant-leadership looks like. It’s not about glory. It’s not about power. It’s not about the spotlight.
It’s about humble, leader-love – being Jesus to those closest to you.

Helpers Are Not Worth Less

Because our culture views leaders as ‘better’, they view the helpers as ‘less’. When the Bible states that God made woman as a ‘helper’ to man (Gen. 2:21-23), God was not designating a lesser role. He knew man would need help in this responsibility of leader-love.
Think about it: if God designed man and designed marriage, why would he set up a union where one person is greater than the other? Why would God demand unity while simultaneously demeaning one party in that union? This frame of thinking is illogical, and it reveals that we are interpreting Scripture in light of culture, not in light of truth.
The helper is absolutely necessary to marriage.  As wives, we work hand-in-hand with our husbands  – co-leading, if you will – to multiply the love he is commanded to give. And when he fails, we continue to have faith in God and in him, empowering him the same way God empowers us.
Paul’s commands were not issued to incite a totalitarian regime for the family, where husbands demand respect simply because God ‘made me the head of this family’ and wives withhold respect until they deem fit to give it. Paul is outlining the model for Christian submission – the same submission modeled by Christ when He gave up His comforts and divine rights to die at the hands of sinful men and women (Phil. 2:6)

Love Is an Open Door

“But if I adhere to submission, even given God’s plan, it opens the door for me to be abused and misused by my husband.”

This is a common comeback, an objection wielded by both the secular and Christian audience. But here’s the truth: when marriage is twisted by sin, we cannot blame God for that flaw. When men control and abuse women, and when women abuse and control men, it is not because God’s design was flawed. It’s because you and I are flawed.

A husband’s leadership is required to be loving (Eph. 5:25-33). Paul spends far more time detailing the man’s responsibility to love than the woman’s responsibility to submit in Ephesians 5. When men and women walk through marriage in the Spirit of God, there is absolutely no fear of abuse of power.  Furthermore, God has promised to come to the aid of those who are misused:

God is the defender of the helpless:

“But you, God, see the trouble of the afflicted; you consider their grief and take it in hand. The victims commit themselves to you; you are the helper of the fatherless.” (Psalm 10:14)

“A father of the fatherless and a judge for the widows, Is God in His holy habitation. God makes a home for the lonely; He leads out the prisoners into prosperity.” (Psalm 68:6)

God is our justice when we are wronged:

God is our shield:

If, however, you are in a relationship with a legitimately abusive man, God is never asking you to ‘submit’ to such actions. Submission to sin and true abuse does not please God and is never His intention. If you are in an abusive relationship, seek counseling right away.

It doesn’t matter if you are a husband reading this or a wife. God’s roles for men and women in marriage rely on the same principle: loving service of the other. If you are struggling with the idea of submission, let me tell you the alternative: loving service of your spouse . That’s what the leadership role is. It’s servanthood. Either way, we have a choice: serve, or serve.
Single women: this is why it is IMPERATIVE that you make a wise decision with who you date and marry. If you cannot see yourself loving, serving, respecting, and deferring to your man out of reverence for Christ, you are in the wrong relationship. If you see in him the potential to abuse his leadership role, to react without love and refuse to acknowledge his responsibility before God, you are in the wrong relationship. Run. The same goes for men.

Marriage is not 50/50. It’s 100% effort on both sides. Marriage is not about individual power, or a struggle for each person to express his or her individuality through marriage. This ‘union’ is exactly that – becoming one. By becoming one in Christ, a couple doubles their effectiveness and power to forward the gospel in their world.  Prioritizing unity furthers the gospel. When men refuse to lovingly lead and women refuse to lovingly defer, that power is shortchanged. But when they work together in unity – the way God designed – their power for Him is multiplied.

If there were ever a woman who should have a problem with submission, it would be me. I am strong willed, independent, and perfectly content to be alone. I don’t like rules unless I know why they are there, and if I don’t like the reasoning behind the legislation, my impulse is to find a way to break the rules – while preserving my reputation and manicure.
I married a man who is steady, patient, and desires to please. But with that steadiness comes slowness, and with that patience comes excruciating detail. His slowness conflicts with my speed; his desire to please conflicts with my nature to push.  We have had to come to a place of understanding: Josh has learned to step up, speak up, and lead as God inspires him – without the fear of people-pleasing – and I have learned to take a gentler approach, consider his opinions, and defer to his leadership out of reverence for Christ. We co-lead our family and co-disciple in our community, but when we absolutely cannot agree on something, I submit to his leadership.

I submit for Christ, not just for my husband.

This isn’t done to ‘please man’ or ‘put on appearances’ or ‘be controlled’, because LORD KNOWS this girl doesn’t want to be controlled! My ultimate reward comes from Christ, because He is who designed my responsibility in this union. Christ knows unity and submission better than anyone else – submission unto death. My choice to submit is a choice of faith in God and faith in the man to whom I chose to unite myself.

And in that death to autonomy and emotion, my submission echoes the submission of Jesus, who made Himself nothing to accomplish God’s love for mankind.

So yes, submission is dangerous.

Submission is for the strong.

And women fueled by the strength of God are a dangerous force for Good in this world.