God is Bigger Than Your Doctrine 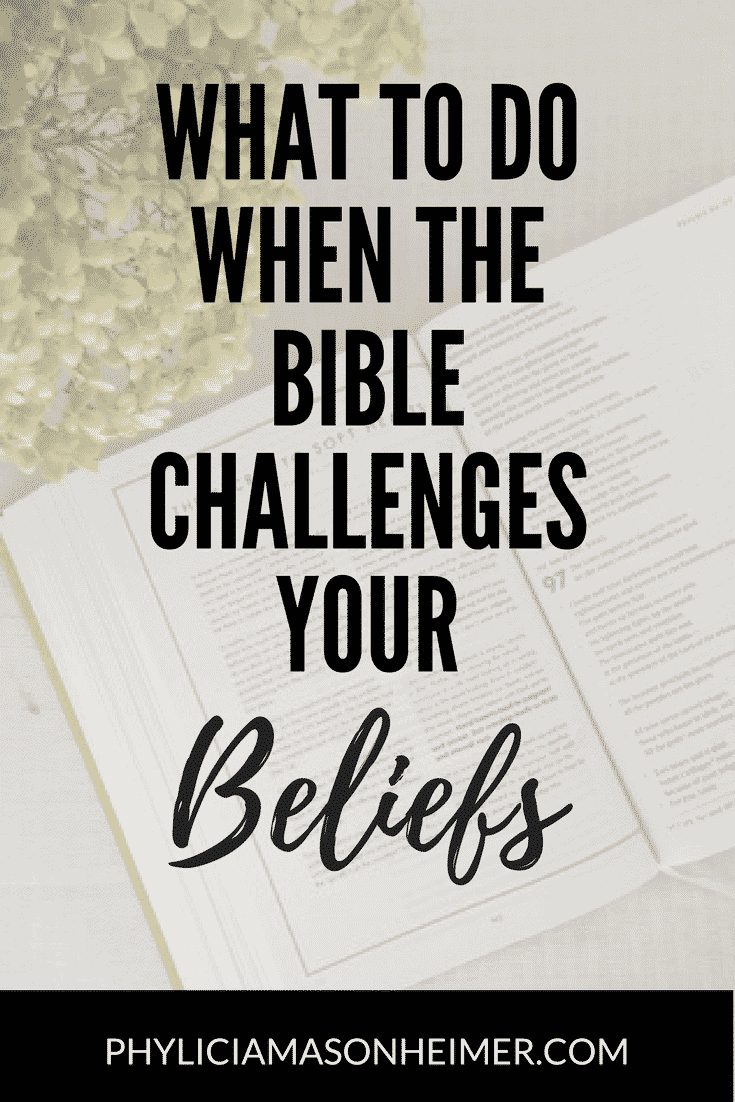 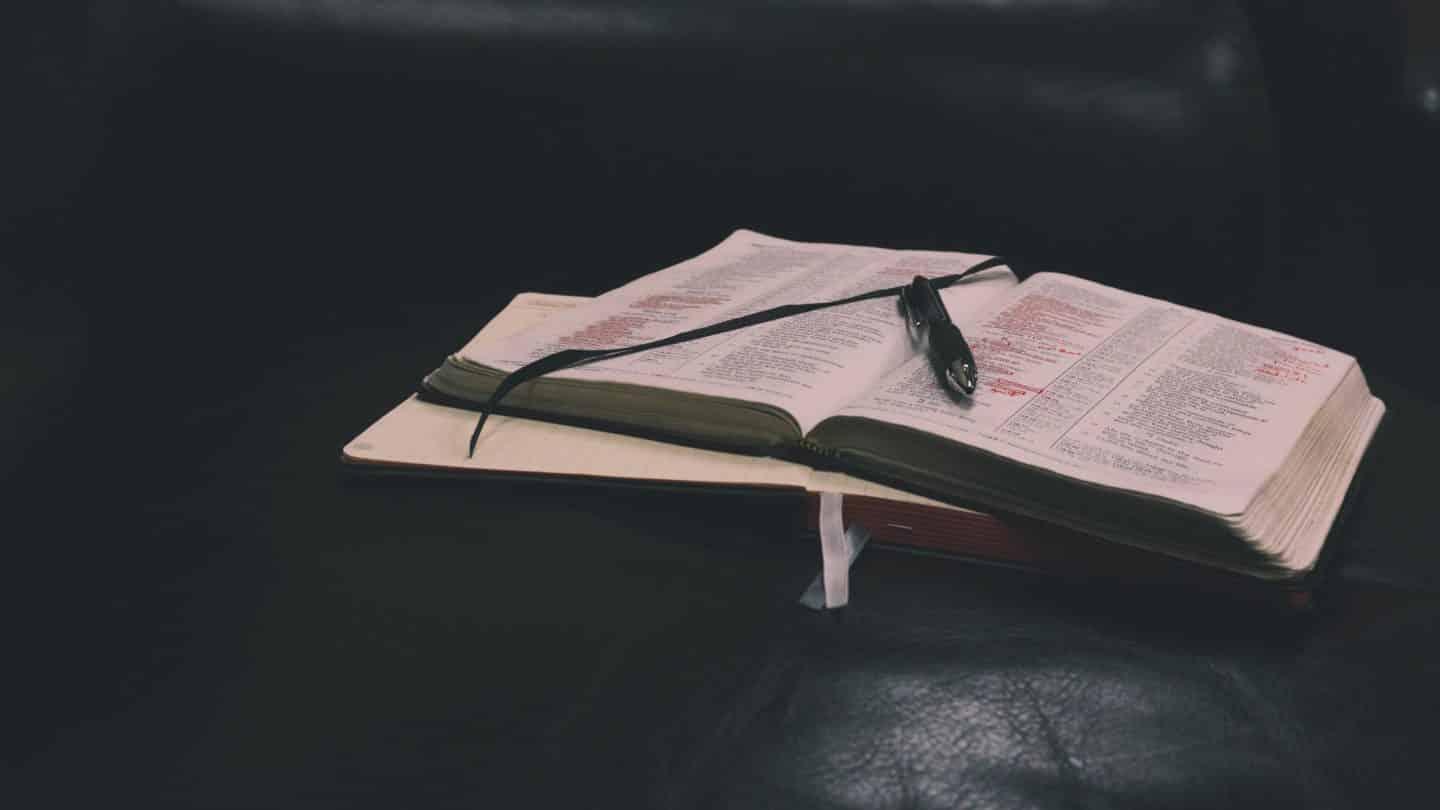 The narrowness of my beliefs was safe, comfortable, and secure. I trusted the people I’d read and heard. Their commentary was enough to authorize what I believed, and to question those ideas felt like spiritual treason.

Then I read the Bible for myself.

Suddenly, I realized women weren’t responsible to “protect” men from lust. Homeschooling might not be the only way to raise your kids. Marriage relationships might be complementarian or egalitarian, depending on the couple. Spiritual leadership looks different for different men. Women have gifts that are meant to be used for the kingdom of God.

For some people, these concepts are basic. But for me, they were the freeing result of God’s Spirit through God’s word.

The bible tore my worldview apart. It was terrifying and hard to question what I believed, to let God challenge me to know Him, not just the version of Him I’d always understood. But in doing so I found a freedom and depth of relationship I’d never had before.

The Bible is Not for Box-Thinkers

I wanted a God who fit in a box. I needed Him to be “safe” and understandable. But rather than let God reveal Himself to me on His own terms, my pre-determined view of God was the lens through which I looked at Scripture in those earlier years of my faith. I let other people tell me who God was and didn’t bother to check those narratives against the Word itself.

Part of my hesitation was fear: I was terrified of dismantling what I believed. And part of it was overwhelm, because I didn’t know where to begin or what resources to use. But as I grew in my faith, it became clear that I couldn’t put God in a box. He was pushing the boundaries of what I always assumed was absolutely true, and the questions raised required further study.

The Bible is not for box-thinkers. There are narratives and passages that challenge us, forcing us to ask ourselves: “Do I believe this because it’s what I grew up with, what my church teaches, or because I have seen it in His Word with my own eyes?” Growing up around the conservative, homeschool culture, some freedom issues were presented to me as theological necessities. Simply asking, “Is this right?” was like poking the first domino, and could even get you alienated and called “liberal” or “feminist” (neither of which I am). But when I started dismantling my boxes, God became bigger, kinder, and closer than the One I’d known before. He wasn’t just a judge who penalized women for skirt length, who rigidly kept tabs on submission, or who only strove with mankind out of a beleaguered tolerance.

He became who He already was: The Great I Am, the Shepherd King, the Bright Morning Star.

Let God Be Bigger Than Your Framework

Our problem, then, isn’t with God; it’s with our interpretations of God. We desperately want to figure God out, to narrow Him down to five points or a dress code or an incredible “experience”. We develop frameworks for understanding Him, and even use theology to back ourselves up.

Theology is very necessary; don’t get me wrong. I teach it, I encourage it, and I hope all followers of Jesus pursue knowing God through doctrine on some level. But God is bigger than our frameworks. He is bigger than a charismatic’s experience with the Holy Spirit, and He is bigger than a Reformer’s doctrinal dedication. He is deeper than the baptism debate. He is beginning and end of all theological arguments, and there are some things about Him we just cannot know.

If you are more dependent on your view of God than you are on God Himself, as a Person, you are worshiping a doctrine. This is like ignoring the love of your life so you can re-read his letters as he sits in front of you. God has revealed Himself to us through His Word, but that Word is coupled with His Spirit, and we need both in order to grow in our faith. The Spirit will never contradict the Word. The Word will never tell us to depend on rationality instead of the Spirit.

If you’re like I was ten years ago, you might be struggling with all I’ve written so far. I felt that dismantling my framework – or questioning it AT ALL – would open a door to apostasy and liberalism. But that does not have to be the case. When your search for clarity is led by God’s Spirit, He will always bring you full circle: Starting with Him, ending with Him, but maybe losing some burdens along the way.

It’s Not Wrong to Ask Questions

There is a difference between asking questions and questioning God. You can ask a question about a biblical issue: “Is it really wrong for women to teach in any capacity?” without questioning God’s kindness, love, or authority. Too often, the asking of questions to gain biblical clarity is confused with rejecting God’s sovereignty.

God is a kind Father. We can come to Him with our questions, with the issues we don’t yet understand in the Word. We have time to work through them. But we should approach our questions with open minds, not coming to them determined to prove a pre-determined worldview.

When I started questioning the things I’d adopted from my culture, I felt an enormous weight of guilt. But I pressed into that feeling, trusting that it was not from God, and that if I sought Him first He would show me where my views needed to change, if at all. That journey led me to where I am today: A place of freedom, knowing a God who is far kinder than I ever expected, yet as “unsafe” as He ever was.

I still believe in modesty, but I don’t pursue it to protect men.

I will still homeschool my kids, but I have grace for those who don’t.

My marriage doesn’t look like what any of the books said, but my husband and I are in unity and peace.

Get your free introduction to Christian theology!

In this free, 7-day email course, you'll get the first chapters of Theology Basics - teaching you all about the nature of God.

Thank you for joining the Every Woman a Theologian community! Check your email for your course.

Your information will be kept private. You can unsubscribe at any time.

I am not Reformed, charismatic, Baptist, complementarian, egalitarian, cessationist, amillenial – I am not any of these things. Yes, I have stances on these theological issues that I’ve developed through study of the Word. But my doctrinal stance does not define me. If it did, I might stop asking questions. I might start, once again, to live for the letter of the law rather than sit at the feet of Jesus.

God is bigger than my doctrine, my framework, my denomination. He has freed me to know Him beyond labels, while calling me to a deeper dedication to His Word. This walk with Him is a continual pursuit of truth, of opening my mind to the fact I might be wrong – and being grateful for grace when I am.

I know Him in ways my box never allowed, and I have never loved Him more.