How Fantasizing About Guys is Keeping You Single 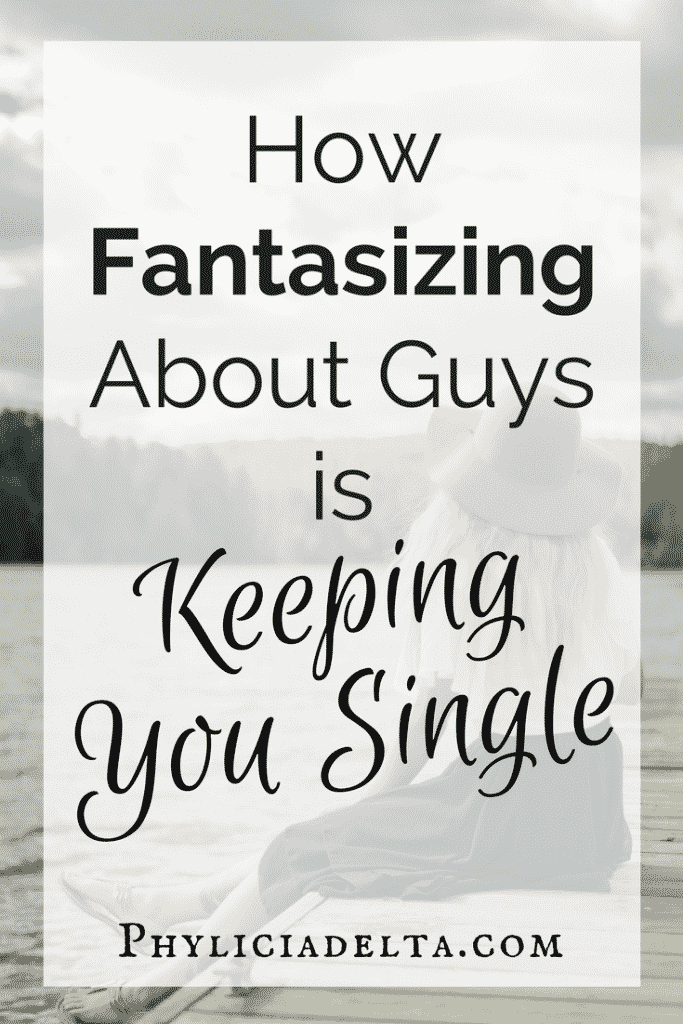 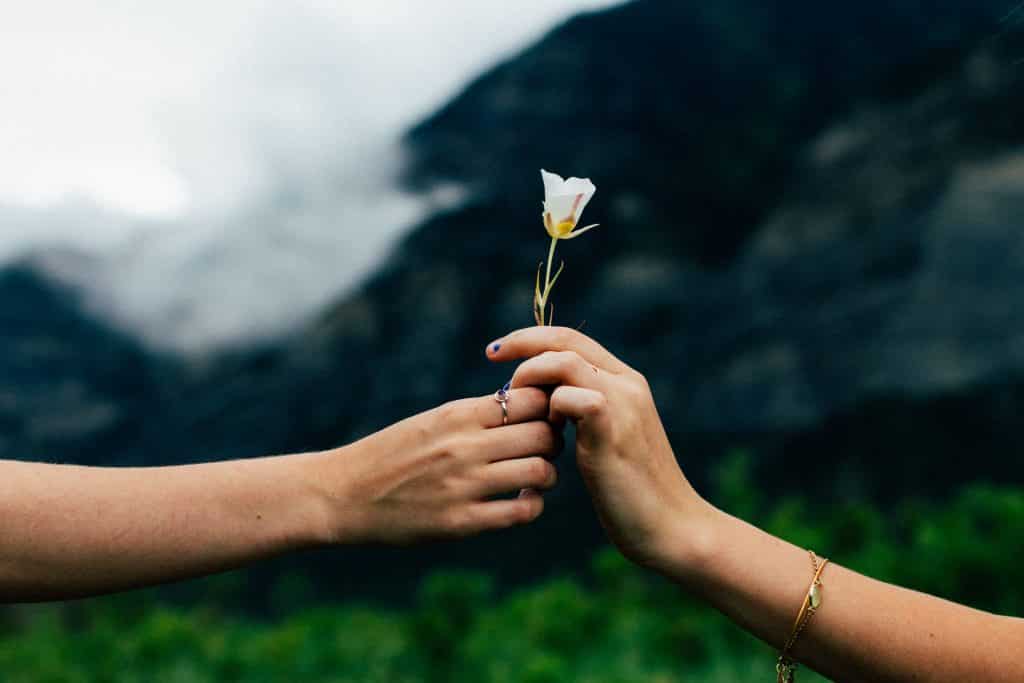 When I asked for some topic suggestions on my blog’s Facebook page, I received a lot of great feedback. The top suggestion – judging by the likes and comments it received – was to write about “how girls make up fantasy relationships in their heads and shouldn’t do it” and how “easy it is to take small gestures from guys and turn it into a bigger thing than it really is”. Two great suggestions, both tied to the same concept.

For the majority of my high school years every relationship I had was a fantasy relationship: it simply didn’t exist. While I had committed not to date in high school so I could focus on my academic and extracurricular goals, I made up plenty of scenarios in my head. I imagined a less awkward version of myself holding conversations with the guys I liked. I was always dressed perfectly. He always said nice things. It was just like the movies.

I rehearsed these scenarios with every guy I liked, to the point that when I actually saw those boys I was bewildered about what to say. Because I had trained my mind to view them as prospects – not as human beings and brothers in Christ – I also overthought every action they took. I painstakingly examined our conversations to look for hints that they “liked” me. It was all very exhausting, as well as fruitless – considering I met my husband a good eight years later.

Now that I’m married to a wonderful man, I almost can’t believe how much mental energy was expended on relationships that didn’t exist in my single years.  While “fantasizing” (innocently or sexually – though sexual fantasizing is more spiritually dangerous, it almost always begins innocently) seems harmless, there are several factors that make it a poor choice for single women:

What’s the harm in imagining a conversation with the man of your dreams? Nothing, really – if that’s where it stays. But the mind is a powerful thing: Creating thoughts that become actions, actions that become habit, and habits that can become character. Fantasizing – creating imaginary situations and conversations – glamorizes reality. Fantasizing allows us to control a relationship that does not exist. It sets up expectations that are often disappointed in day-to-day interaction, and damages the development of what could be a healthy, genuine relationship.

In our dreams, we can control what the other person is saying, what we are wearing, and the outcome of the fantasy. That’s not the case in reality. Fantasizing sets expectations that no man can fulfill, setting girls up for disappointment down the road.

2. Fantasizing is fertilizer to discontent.

When you’re in a relationship, fantasy takes a backseat. You already have a relationship; you don’t need to dream about it! Of course, within relationships there are other struggles – the battle for mental purity WILL continue, just on a different level. But for single girls, fantasy usually takes the form of imagining a relationship they do not yet have. If you spend a good deal of time on this topic, the only result is discontent.

Because fantasy concentrates on something we do not have, it directs our minds into envy and unhappiness. A steady diet of “relationship imagination” will leave you more unhappy than when you began, wondering why you don’t have a relationship, where you can get one, and eventually ending in an urgency that often leads girls to make foolish, impulsive decisions in dating. Contentment has no room to live in a mind consumed with fantasy, because contentment requires acceptance of the reality we’ve been given.

3. Fantasizing is a distraction.

Our minds have only so much energy for what we need to do each day. All of us have responsibilities: work, school, family, home. Fantasizing is attractive because it takes us away from reality – temporarily. Fantasy is a distraction from real life in every sense. It is a world of imagination, not intentional thinking.

Intentional thinking, by contrast, results in intentional living. When we live intentionally we end up acting intentionally and making decisions that are fruitful and beneficial to our future. But a mind consumed with fantasy is not prepared for what is ahead.

One of the reasons I stopped reading fiction in my teens was because of the above. Fiction – outside of some historical classics – in today’s world is largely focused on relationships. I found that no matter what I read as a single woman I ran into these fictional relationships, which added to the scenarios I entertained in my mind. The more I read, the more discontent I became. I also realized my expectations on real men – like, men who aren’t in novels – were unrealistically altered by what I saw in these books. Secular fiction went so far as to include sex scenes, but Christian novels weren’t much better. So for the last 7 years, I have gone without fiction (for the most part – I’ve tried a few novels here and there) for the sake of holiness and contentment. It was my “How holy?” moment.

But good men love God, love people, and work hard to win the heart of the women they adore. Romance comes as love is built. Sadly, fantasy can cause a woman to overlook what could have been a wonderful relationship – all because the guy doesn’t measure up to the storyline she’s formulated in her head.

Not only can fantasy cause young women to ignore an otherwise godly young man, it can make her consider an unworthy one simply because he is charming, handsome, or presents a movie-like relationship storyline. If I hadn’t snapped out of my “this is really happening” trance with the guy at the concert, I may have considered him based on nothing more than the romance of the moment.

5. Fantasizing weakens our minds for the battles ahead.

Finally, and most seriously, fantasizing about relationships and potential mates weakens our minds for the battles ahead. Fantasy is a hiding place. It is neither real nor wholesome. It is not directed toward positive action, nor in worship of God. And it trains our minds to focus on something we don’t have, while missing out on all that we do.

1 Peter 1:13 says: “Therefore, prepare your minds for action, keep sober in spirit, fix your hope completely on the grace to be brought to you at the revelation of Jesus Christ.”

This verse is so powerful! We cannot fantasize about relationships and simultaneously prepare our minds for action. We can’t be sober in spirit when our hearts are drunk on the idea of an idealistic romance. And we cannot fix our hope COMPLETELY on Christ when it’s already fixed on a girlish crush. We must control our minds.

Read: How to Fight Sexual Sin in College

It is one thing to pray for your future husband, to have dreams, and indulge in a once-in-a-while glance at the future. It’s another to allow our hearts and minds to be consumed with love, romance, and the idea of a relationship that does not yet exist. The simple truth is that where your mind is focused is where your heart will go. Satan uses “good” things to distract us from what is best. What is best is to cultivate a mind that is dedicated to Christ, and therefore actions that reflect His power.

If we are to overcome fantasy, we have to stop those thoughts and habits in their tracks. It won’t be easy – especially if you’ve been doing it a long time. For each thought you “take captive”, replace it with a promise of God. Rehearse the qualities in God that you were trying to find in imaginary relationships – His love, protection, kindness, His gentlemanliness. Because God is a gentleman. He doesn’t force us to follow Him – He opens His hand, extending it toward us, asking us to walk with Him. We choose whether or not to go.