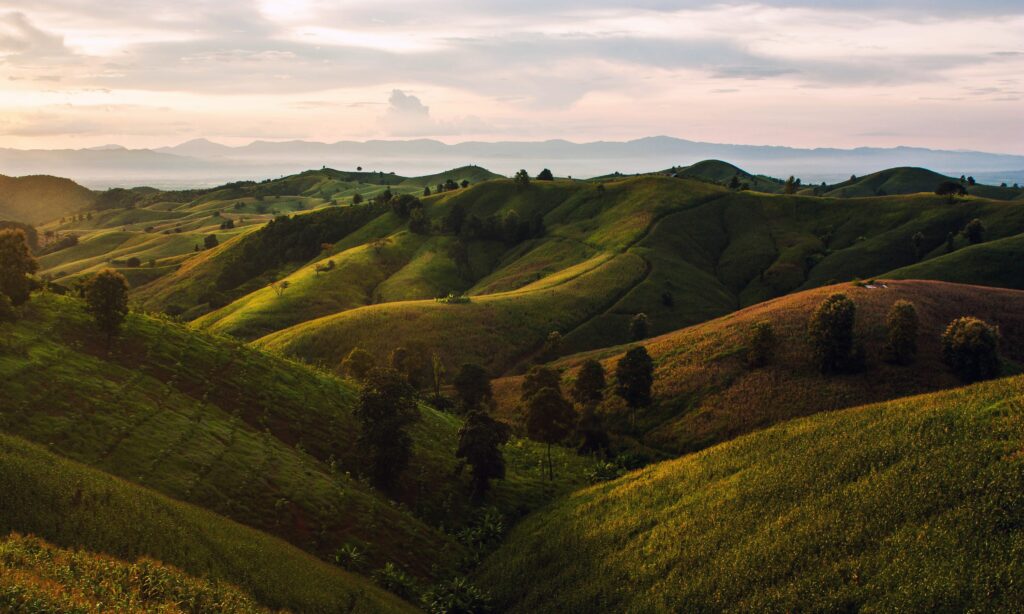 Ten years passed in a blink and I almost missed it.

I didn’t realize it was a turning of the page, a gentle leaning into a new decade, until an Instagram post stopped me mid-scroll. Ten years. In 2010, I was turning twenty years old, just returned home from residential college and a stint in New Mexico, unsure what the future held. I was particularly annoyed at my lack of romantic prospects. The ripe old age of twenty was pressing heavy on my mind.

I believed God was taking me somewhere, but my twentieth year seemed like a regression. I went away; I came back. I had a boyfriend; I had one no longer. I didn’t even know what job to take next, so I worked two, back in my childhood bedroom like a baby bird kerplunked back in its nest. It was a new season, but it felt so much like the old one.

It was mornings at one job and evenings at the other.

It was letters to old friends and awkward attempts at making new ones.

It was tiny raises and job transitions, wearing scrubs instead of heels and sorting medical files in the office basement.

It was phone call interviews on my lunch break.

It was the catch-and-release of an almost romance.

And then it was over. A little less than two years later, I moved away again. The season ended, with all of the hard and good it held, over before I had fully embraced it.

That’s how seasons tend to go. We fight them for so long, wishing they were different, thinking it will be better when they’re over – then they are. We stand there between what was and what is about to be, unsure how to make the most of waning things. There’s a frantic urgency to fully live now that the end is in sight. But what if we did it in the middle?

Ten years with God have taught me that the middle is what He’s most interested in. I am sure He loves the mountaintop moments, but we are formed in the valleys. We are formed in the dirt, made from dust and getting rather dusty in the making. I think there’s significance in the richness of valley soil, too, because fields don’t grow on mountaintops. Harvests aren’t taken from rocks and crags.

No, it’s in the valleys we are planted and grown and harvested. It’s in the middle seasons of commute, long winters, singleness, on-call hours, and schoolwork that God does His shaping work. In the seasons that feel old and rote, the jobs that are uninspiring, the singleness that seems perpetual God invites us to stop waiting around for the ending and start living from the middle.

Those two years of “not my plan” tumbled into everything for which I’d hoped. I met a man. We married. I finished my degree. We made a home, I became a writer, we had two beautiful babies, we moved to a farm in Michigan. But those were the mountaintop moments. Those were the grace everyone else could see, the monuments built on months of slowly trusting, days of “long obedience” with no particular end in sight.

Ten years with God took me from a light and momentary existence to considering hardship a “light momentary affliction” (2 Cor. 4:17).

Loss of friends, jobs, money, and health were as much a part of my ten years with God as were His blessings, and in both I have learned that strong faith lives from the middle. The more I know Christ, the more I understand deliverance; the more I understand that the presence of the Deliverer is sufficient while we wait.

Ten years with God took me from wondering if He was good because I didn’t have what I wanted… to knowing He is good whether I get what I want or not.

Everyone lives for something… I’ve been living for my dreams, plans, and pursuits. But no more. I place You on the throne of my life… You are the guide of my journey…That which I do not have, I do not seek… my heart is lost to You.

I asked for what I didn’t understand. I committed to what I couldn’t handle. The grace of God carries us forward in that kind of weakness, and how grateful we should be for it! I didn’t know what ten years would hold, or how hard-won those sweet blessings would be. But I have seen the goodness of God in the land of the living (Psalm 27:13). I have seen the goodness of God in middle places, in the valleys and the dirtiness of an average day.

And I can say, after ten more years with God, “How abundant are the good things that you have stored up for those who fear you, that you bestow in the sight of all, on those who take refuge in you.” (Psalm 31:19)