What Does it Mean to Be “Saved?” 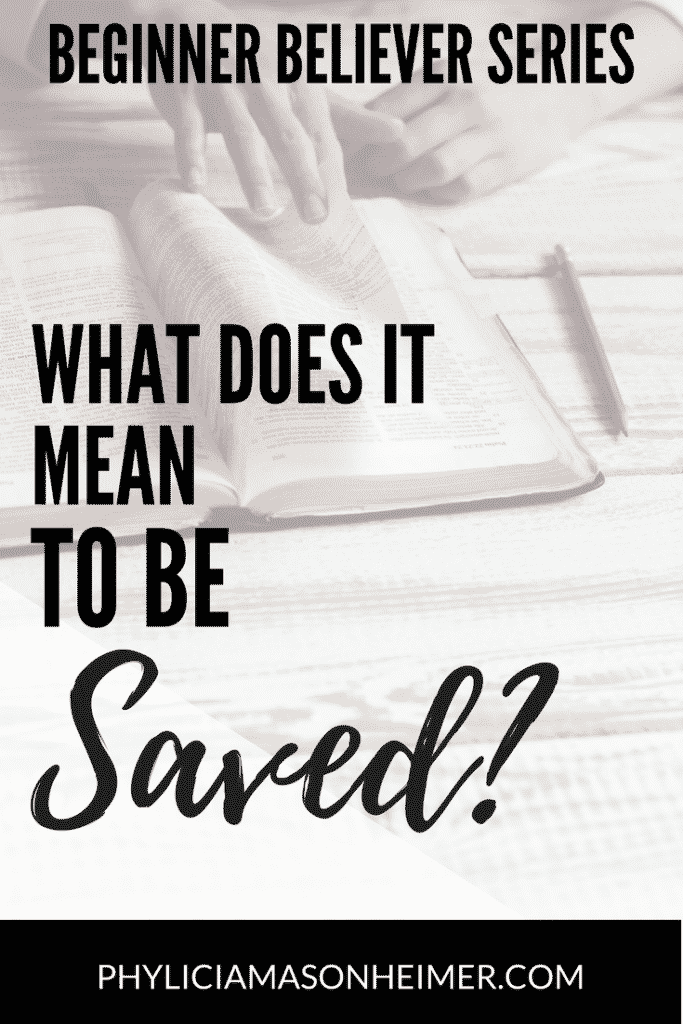 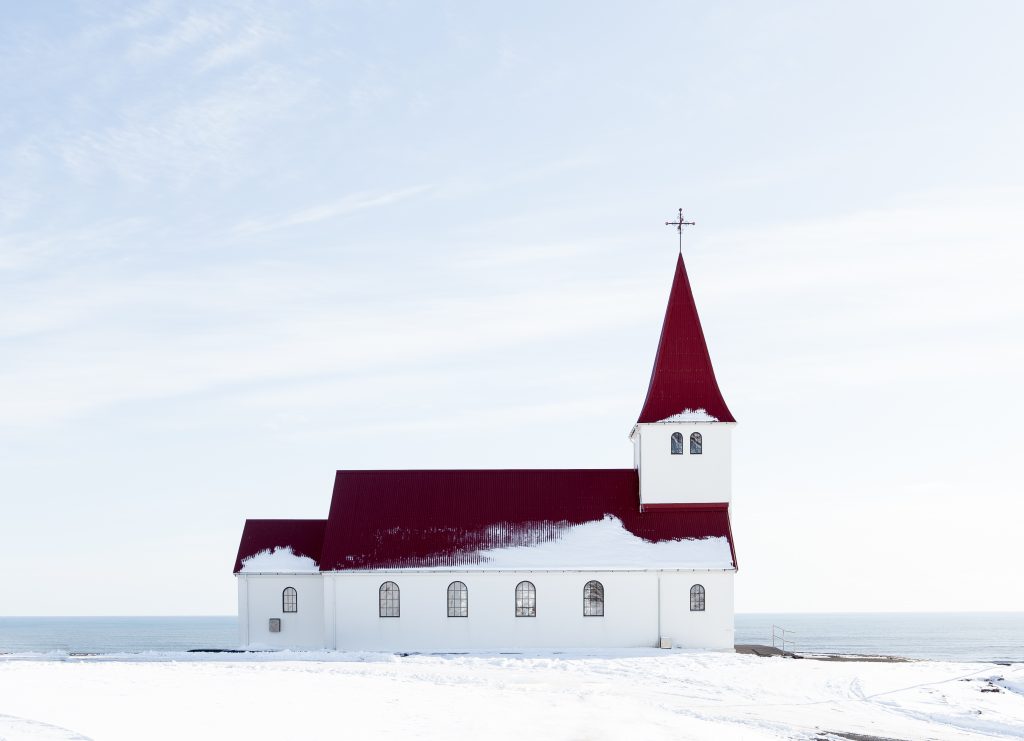 It’s a simple but loaded question, and one I thought appropriate to begin this series with: What does it mean to be “saved”? If you grew up in the church, you’ve heard this term thrown around since you were two. If you didn’t grow up around Christian language, the terminology and implications can be confusing. But I also believe there are a whole lot of people who believe they are Christians and actually have no idea what salvation is. That’s why this conversation needs to be had!

The four gospels (Matthew, Mark, Luke, and John) depict the ministry of Jesus and how He articulated the salvation process to His followers. The rest of the New Testament is, in many ways, further clarification on salvation – how we are saved, what happens when we are saved, and how to live after we are saved. Based on what we see outlined in Scripture, I have tried to make this as simple as possible in following sections.

From what are we being saved?

The very term “saved” implies we face something negative; something from which we must be preserved. And we do! In Genesis 1 we see a perfect world created by God, a world in which man was given dominion of a perfect garden and a peaceful relationship with God. But in that Garden Adam and Eve were also given a choice: They could stay in fellowship with God, or disobey Him and bring upon themselves separation from Him (sin).

The fact that God purposely integrated choice into the Garden shows us how important this is to relationship with God. Our response to Him must be voluntary. Love is not love when it is forced. Relationship happens when two persons joyfully come to an agreement (spoken or not) to walk together (Amos 3:3). Adam and Eve chose to give into temptation, doubt God’s love and faithfulness, and invite sin into their lives. With this act, every single descendant of Adam and Eve is born with a sinful nature, separated from God.

This nature will eventually lead us to actively sin. This is what condemns us, and makes us unable to bridge the gap between our imperfection and God’s holiness. There is no way for us to be at peace with God of our own merit. There is no way to save ourselves from our own sinfulness. This is why we need a spiritual Savior.

What did people do before Jesus?

God began planning Jesus as our Savior long before He arrived. We first see Him prophesied in the Genesis account, when God says to the serpent (the Enemy) who deceived Eve into sinning:

“And I will put enmity
between you and the woman,
and between your offspring[a] and hers;
he will crush[b] your head,
and you will strike his heel.” (Gen. 3:15

The woman’s offspring would be Jesus (Son of God, born of a virgin), who would be wounded in death (strike his heel) but would overcome Satan in the end (crush his head). But before Jesus came into the world and the church came into being, God chose to use Israel as His witness to the nations. They were given a set of specific laws to guide them into holiness – moral laws (such as the Ten Commandments), ceremonial laws (instructions for sacrifices, which made atonement for sins prior to Jesus), and civil laws (laws for a fair and just community). Israel was not somehow better than other people, but was used by God to show the world His way for people to live in relationship with Him.

Faith in God has always been the basis of righteousness. Before Jesus, it was faith which was counted as righteousness, even though sins had to be atoned for through physical sacrifices. Through Jesus, we are still justified (made right with God) by faith. But Jesus paid the debt we owed God and was the only perfect sacrifice. Because He laid down His life as the perfect “lamb”, we no longer have to sacrifice animals to cover our sin. Jesus did that for us.

Jesus made atonement for our sins. Atonement is the pardon of our sins through Jesus, which reconciles us back to God. This atonement required Jesus’ blood, just as atonement of sins in the Old Testament required the blood of lambs. Why blood? Hebrews 9 gives us the answer.

“In the same way, he sprinkled with blood the tabernacle and all the vessels used in worship. According to the Law, in fact, nearly everything must be purified with blood, and without the shedding of blood there is no forgiveness… He has appeared once for all at the end of the ages to do away with sin by the sacrifice of Himself. Just as man is appointed to die once, and after that to face judgment, so also Christ was offered once to bear the sins of many; and He will appear a second time, not to bear sin, but to bring salvation to those who eagerly await Him. (Heb. 9:22, 26-27)

Who did Jesus die to save?

If you grew up in the traditional understanding of salvation, you might think this is a silly question. “Everyone, of course!” But there are actually a few different answers to this question, depending on which theological viewpoint you take.

I personally hold to View Two.

How do we become saved?

We become saved by believing, confessing, and following Jesus.

“… if you confess with your mouth the Lord Jesus and believe in your heart that God has raised Him from the dead, you will be saved. 10 For with the heart one believes unto righteousness, and with the mouth confession is made unto salvation. 11 For the Scripture says, “Whoever believes on Him will not be put to shame.”12 For there is no distinction between Jew and Greek, for the same Lord over all is rich to all who call upon Him. 13 For “whoever calls on the name of the Lord shall be saved.” (Rom. 10:9-12)

To believe in Jesus is not to “invite him into your heart” but to actively respond to His call with trust. By putting faith in who He is, what He says He can do, and what He WILL do eternally and presently on your behalf, you’re saying, “I trust You.” This trust relationship is a lifelong journey. Your salvation is enacted by the power of God once for all, but after you put faith in Jesus, the next step is to follow Him.

What do I do after I am saved?

Because salvation is by grace alone through faith alone, there is some confusion about what life should look like after we are saved. Some think any requirements (living a holy life) are adding to the gospel. But the work is done when we respond to Christ’s call; salvation has been worked. After the gift has been given, there are responsibilities we have to uphold. A truly saved person understands that following Christ is not just a statement of belief, but a daily walk with Him.

What salvation is NOT:

Salvation is not “asking Jesus into your heart”. It’s not simply stating that you are a Christian, that you believe Jesus is God. There is a BIG difference between believing Jesus is God (even the demons believe this ) and trusting Him for your eternal destiny and present life. Another important piece is that Jesus called all His disciples to trust Him enough to follow Him. They didn’t get to say, “Yeah, I trust you Jesus! But I’m going to stay back here in my comfortable life. Don’t expect to change me.” Salvation is not summed up in a verbal testimony. It is a work done by God, an inheritance received because of Christ, which leads to a transformed life. Saved people are known by their fruit (Matthew 7:15-20).

This does not mean that a saved person will never fail. Following Jesus will include both successes and failures. What matters is your response to sin, your heart toward it. An unsaved person does not have the Spirit of God residing within them to convict and draw them to repentance. They may feel guilt, but they have no way to be free from it. A saved person has access to God through Christ (Hebrews 7) and can use her failures as a way to know God on a deeper level through repentance. There is no condemnation for those in Christ Jesus!

Salvation is also not a self-help gospel. Being saved is not about becoming a better version of yourself, though following Christ does change you, and it should. If you follow Jesus only because you think being a Christian is a good idea and will improve your life, you’ve misunderstood what Christianity is about. Here’s a post that talks more about this topic.

Did this answer your questions about being saved? If not, leave a comment or contact me on social media. Below are two lectures sharing more on the different views about salvation and who is saved through Christ.

← Theology 101: What Happened at Creation and the Fall? How to Choose a Church →
0
0
Your Cart
Your cart is emptyReturn to Shop
Continue Shopping