Three Ways to Give… When You Really Can’t 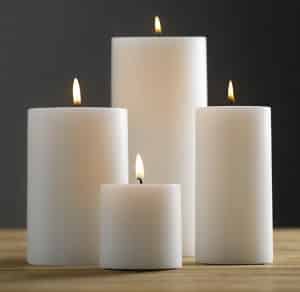 If she looked like she needed something, I might have stopped.  But there was a hardness in her eyes that said, “Don’t touch me, don’t come near me.” So I didn’t. She sat on the bench clutching that bag, challenging the world with her expression.

I saw another one later on, her heels clack-clacking on the pavement as she crossed the road dressed to the nines. I scanned her outfit like a runway judge, looking for flaws. She looked at me, and I averted my eyes. I liked her dress, but wasn’t about to tell her so.

Then there was the woman at Kroger, the one I tried to make conversation with at the register. She coldly moved my items into the bag, wordless. To her I was just another Catalina coupon and plastic bag of canned beans. I look at her name tag.

After all, they all have names.

She’s the woman whose eye you catch at the red light, as she reaches into the back seat to hand her son his fries. She stands on the curb downtown, about to cross the street, and looks into your windshield and you see her look directly at you. Who is she?

Do you ever wonder?

Do we ever think about the multiplicity of lives we encounter every day, the ones we brush for just a moment like the graze of a hand against our arm? The bank teller, with her mandatory civility – what does she go home to at 5 PM? The girl at the gas station with her polo and visor, fending off the overtures of every truck driver who walks in – what is her life like?

They all have names.

But I can only do so much. I can smile and ask questions, I can give money or a hand up – or I can be rejected. I look out at the world I touch, just the small connective web I operate within daily, and see how much more I could do: the ways I could give, the ways I could be less critical, the ways I’ve been blind to their needs.  But there are people and times that actually do not allow for us to ‘do’ as much as we wish in the lives of those we encounter. Yet in the busiest times of our lives there are three things we can do to make a difference.

One of my favorite pastimes is people watching. I like to watch how they interact, what they do, and what they wear. I even stow away the details in my mind for future writing projects and novel characters. While this habit can be harmless, it has also harbored in me a very critical nature. I often struggle to see good in others, usually assuming they are ill-willed, rather than oblivious to their inconvenient or inconsiderate actions.

Many of us can’t help but notice the people around us (unless we are too consumed with our phones or our own lives to look up and around). But to notice passively and to notice intentionally are two very different actions. We can give to others by intentionally noticing them and their needs. Anne Ortlund calls this the ‘There You Are!’ attitude. This is in direct contradiction to the ‘Here I Am’ attitude our culture so ardently propagates.

You might be a working woman with a 70 hour work week. You could be an engaged woman planning a wedding in addition to your regular duties. You could be a young mother catering to three children under age five. There are stages of life in which volunteering in the homeless shelter is simply impossible, as much as we notice the need. I know very well that guilty feeling of not having enough time to ‘serve’ the needs I notice, then feeling as if my priorities – charted, graphed, and scheduled – STILL aren’t in the right order.

This is simply not true.

If ‘serving’ causes those God has given us – parents, siblings, husband, children – to suffer the consequences of our mission, it isn’t real service. It is the service of pride. Our families are the first place God has given us to serve, and if we neglect that responsibility for a more glorious position, we are serving out of selfish ambition. Whatever service we are called to is glorious because God called us to it. Even if we have to set aside outside service for a time (the kind that people acclaim), we can still give to the needs we notice. See the next two points.

I was a little perturbed to be driving all the way home on my lunch break, but it was the only time Peggy could come see the furniture I had for sale. I heard the knock shortly after I got home.

As we pulled on the slipcover and discussed fabric I discovered Peggy attended the same church at which Mr. M and I are members. She was looking for furniture for her nephews, who were starting over completely with furnishing their home.

‘The accident happened in September,” Peggy said, pulling out the drawer to the dresser I was selling. “He was hard up before the accident… but after the car crash, his brain injury has left him unable to work, so he has nothing… literally nothing.” Tears filled her eyes and she held an aging hand against her mouth. “I’m sorry, I don’t mean to get emotional…” As I reached out to hug her I realized this was so much more than selling furniture. Peggy is a person.

It is not enough to notice the people around us; we must seek to know them. When our God reached down into this earth to redeem us from our rebellion, he sought to know us. He never forced himself upon us, or programmed us like robots to respond to him. He gave us a choice to know him the way he has chosen to know us: the kind of intimate knowledge that leads to unity and love. When he calls his people to ‘love their neighbor’, it starts with acknowledging that our neighbor exists, and is followed by getting to know that person so we can show love to them the way they need it most.

Maybe at this time in your life you can barely cook a meal for your own family, much less make one for Anita down the street who just got out of surgery. But what you CAN do is notice her need, KNOW her as person and send a note expressing that knowledge. Maybe you have noticed your neighbors coming and going with that yappy dog of theirs but you don’t know who they are. That is your ministry. That is my ministry.

On the return from church one Sunday I was silently looking out the window of the car. Since silence is rather uncharacteristic for me, Mr. M asked the obvious question: “Baby, what’s wrong?”

“How can you NOT KNOW what you are thinking?”

“Because I think SO many things in a given minute, if I try to tell you what I am thinking I have to pick from twenty different things and that’s… exhausting.”

“Look, it starts out with, “The trees are sure pretty today” and that becomes “I wonder if those are maple trees” which turns into “I’ve always wanted to make maple syrup, I wonder if there is a farm around here” to “farms… I need to go check on the horses at the barn” which morphs into something about animals and I remind myself I don’t like dogs in the first year of marriage which makes me think about babies, then I’m listing future baby names for our kids, and end up thinking about Conan O’brien because the name Ronan rhymes with Conan.”

In the same amount of time it takes for me to process thoughts from the Pentagon to Pegasus, I could take those thoughts captive in a new direction. When I see that woman clacking across the street, instead of thinking, “Poor thing, no one taught her to walk in heels”, I can pray for her. When that mother looks me in the eye as she hands her son his fries, I can pray for her marriage and her child.

In the busiest times of our lives, when we are stretched thin and unable to ‘give’ the way we really wish we could, the greatest gift we can give is prayer. It is in those moments we invoke the most powerful Gift every given to mankind, and bestow it upon another without them even knowing. And the best thing about this gift? It changes us.

The more I practice this, the less critical I become; the more I love people; the more I see the good in those who cross my path and my street. We don’t know what their lives are like, and in this moment we may not have the time, energy, or finances to give the way we wish we could.

Yesterday Peggy and her nephews came by to get the furniture while Mr. M and I were out. Upon arriving home, we found something on the counter – an unexpected gift left behind by Peggy, the stranger who responded to my Craigslist ad for a couch.

It was a unity candle, for our upcoming wedding.

If all you can do is notice them, know them, and pray for them, you’ve given a gift, and that gift is love.

← 21 & Married: 5 Reasons to Support Young Couples Why I Don't Take 'Hot' as a Compliment →
0
0
Your Cart
Your cart is emptyReturn to Shop
Continue Shopping