Life Isn’t Meant to Be Easy 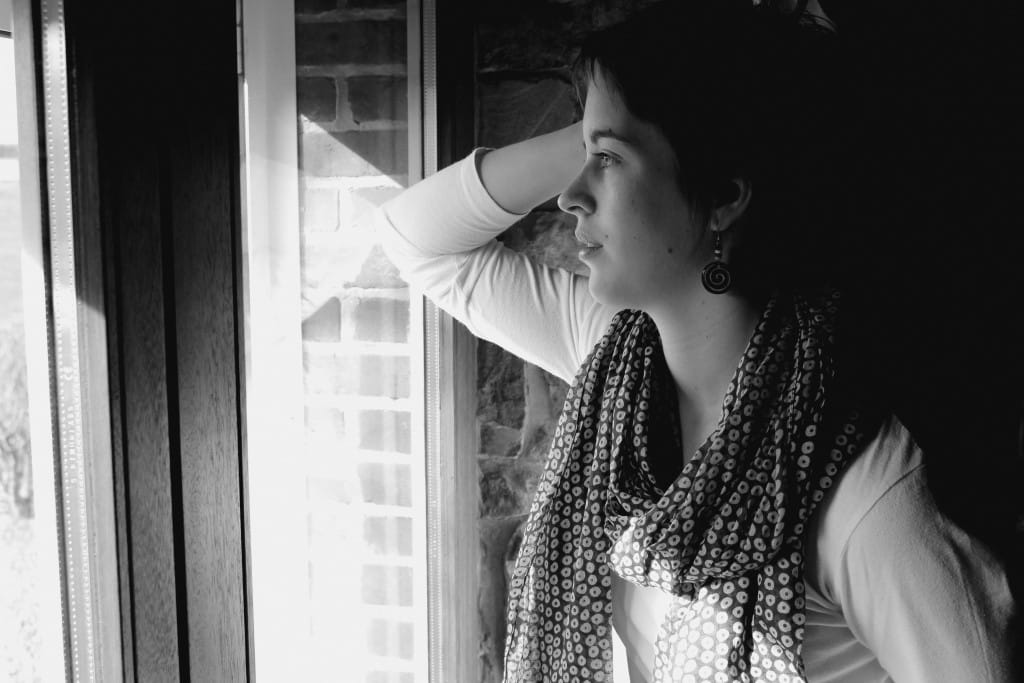 “You are going to be white if it kills me.”

I plopped the bucket on my kitchen floor and got down on my knees, scrub brush in hand. The grout in my kitchen tile is the bane of my existence. I’ve tried bleach, I’ve tried baking soda and vinegar, my good ole’ Murphy’s Oil Soap – nothing would make the grout white. So on my day off I decided to attack the tile with full force: baking soda and hydrogen peroxide.

What began as a small, ‘quick’ project turned into a five-hour affair of misery.

First, I ran out of baking soda (some planning would have been nice). So, I thought, isn’t washing soda pretty much the same thing?

Friends, washing soda is not the same thing as baking soda.

The washing soda and peroxide paste morphed into cement. It took an extra half hour of scrubbing, splattering all over my stove, cupboards, and refrigerator, two bruised knees and a lot of paper towel to remedy my little experiment.

I will never again tell my floor to “kill me” in order for it to be clean. Because it will.

In between scrubbing sessions I was also painting two coffee tables, one of which insisted on taking an evolutionary amount of time to dry, and the throw pillows I was washing wouldn’t fit in the washing machine.

Usually when I get to the end of a day off, I’m quite pleased with the accomplishments on my list. Not this day. My kitchen floor is still streaked with baking soda, I gave up on the table from Satan (which is currently sitting in my living room, needing an additional coat of paint) and yesterday’s laundry is on the floor of the office waiting to be folded.

I realized – for a second time – I’d run out of baking soda as I was halfway through my mom’s to-die-for banana bread recipe that evening. It was very convenient.

What do you do when things “go wrong”? My first response is always, “This shouldn’t be happening.” Closely followed by “Now freak out and call Mom”. Or call Mr. M. Whoever is most likely to answer the phone.

I find myself counting the “wrongs” each day has done against me: “Strike One, Monday, that was a real low blow.”

“Seriously? The baking soda is gone. Nice, Monday. Thanks.”

“STRIKE THREE MONDAY WE ARE OVER.”

But one day in the car – my air-condition-less car, I might add, a car we bought two weeks ago (and that can’t be fixed for another two weeks, yes, thanks April) I was thinking about all these “wrongs” and wondered: What if these are supposed to happen?

Think about it: is life supposed to be a succession of easy, trouble-free decisions and days? Are we truly destined to live in a world where nothing ever goes wrong, no one crosses us, and the baking soda never runs out?

What if life isn’t supposed to be easy?

It changes our frame of thinking. Suddenly the problems aren’t really problems: they are to be expected in this fallen world. They are little tests, little training opportunities. Little things that make us stronger or wiser or better than we were the hour before.

I’m not saying we’ll like them or enjoy them or even embrace them. But we can expect them. Problems are problems because they interrupt the flow of our expectations, causing a hiccup in our plans and destroying our idealistic mental pictures. I pictured my kitchen floor sparkling white and even planned a before-and-after picture to applaud myself (probably my first mistake). But along the way, I failed to plan for all my materials, didn’t research the chemical makeup of washing soda (definitely high priority in my spare time) and impulsively attacked my floor. My mental picture has been repeatedly destroyed every time I walk in the kitchen and see baking soda streaks on my tiles.

There are certainly ways to make life more efficient, organized, and less stressful for ourselves, and in that capacity we should be making every effort to pursue a disciplined life. Keep a clean house, keep yourself up, use a planner, save your money – these are all things we can and should do because they are under our control. Like buying baking soda.

But for the things we can’t control – broken air conditioning, sudden changes in plan – we can’t let the “stress” become God of the moment.

Because that’s what stress is, friends. It’s not a cute trait of busy people. It’s a sign that God is not God of that moment, that day, or that part of our lives. Francis Chan goes so far to call stress “arrogance” that tells God we don’t trust His wisdom and guidance. And truthfully, that’s exactly what it is.

C.S Lewis said, “If you think of this world as a place intended simply for our happiness, you find it quite intolerable: think of it as a place of training and correction and it’s not so bad.”

The world isn’t intended to be a constant stream of happiness. Certainly, there is happiness to be found in our relationships, our marriages, our children, and our work; but it’s not the point. Not for those of us who claim Christ.

In an earth singed with sin, true, unadulterated happiness cannot exist. True happiness can only exist in the presence of the Author of Joy in a place void of sorrow and pain – and that place is heaven. So until then, we are going to encounter trials, troubles, and tribulations, along with little irritations and annoyances, interruptions and inconveniences. It is the nature of our world. We can expect it.

But in this world, we can fulfill a higher purpose than our own happiness.

“I charge you in the presence of God and of Christ Jesus, who is to judge the living and the dead, and by his appearing and his kingdom: preach the word; be ready in season and out of season; reprove, rebuke, and exhort, with complete patience and teaching. For the time is coming when people will not endure sound teaching, but having itching ears they will accumulate for themselves teachers to suit their own passions, and will turn away from listening to the truth and wander off into myths. As for you, always be sober-minded, endure suffering, do the work of an evangelist, fulfill your ministry.” (2 Tim. 4:1-5)

It’s much easier to bear trials when you have a purpose. With our eyes on the goal – God’s glory – we hold fast to the truth and actively “reprove, rebuke, and exhort”. We keep our minds focused, not distracted, to do the work we are called to do if we bear the name of Jesus: to bring His message to all those He brings to us.

In other words, we fulfill our ministry, not ourselves.

You may be wondering: “If I don’t look after my own happiness, who will?”

I bought a book a few years ago called The Happiness Project. It was about a woman who did a year-long experiment to increase her personal happiness. She changed her organization habits, her home décor, her fitness and diet, her booklist and tried to have more fun. She had a lot of great tips for improving life efficiency, which I enjoyed. But at the end of the book, she could not affirmatively say that she was happier.

The people who find the most satisfaction with their lives are the ones who live on purpose. In fulfilling our ministry on earth, we have the inner satisfaction and peace that only comes from pleasing God. And by pleasing God, we find what it means to be truly happy.

So what if life wasn’t meant to be easy? What if problems are meant to refine us in some way? Here’s the good news:

“And after you have suffered a little while, the God of all grace, who has called you to his eternal glory in Christ, will himself restore, confirm, strengthen, and establish you.” (1 Peter 5:10)

Our reassurance remains in these two points by Peter: suffering is just for a little while, and God Himself will pick up our pieces when it’s over.

The hands pierced through the palm, bleeding as they held up the weight of his body in the hours He suffered for us – those hands will restore you.

The heart that welcomed you when you first came to know Him – it will confirm you are still welcome, always welcome in the midst of your pain.

The arms stretched in the burning sun, scarred by the marks of Roman whips and pinned open by Roman nails – these same arms that held children and raised up the lame will strengthen you in your suffering.

And the humble King who rode in two Sundays ago, with palms waving to receive Him – He will establish you, because you are part of His kingdom, which is established forever.

← Dear God: Here Are My Leftovers What I Learned From My Parents' Marriage →
0
0
Your Cart
Your cart is emptyReturn to Shop
Continue Shopping