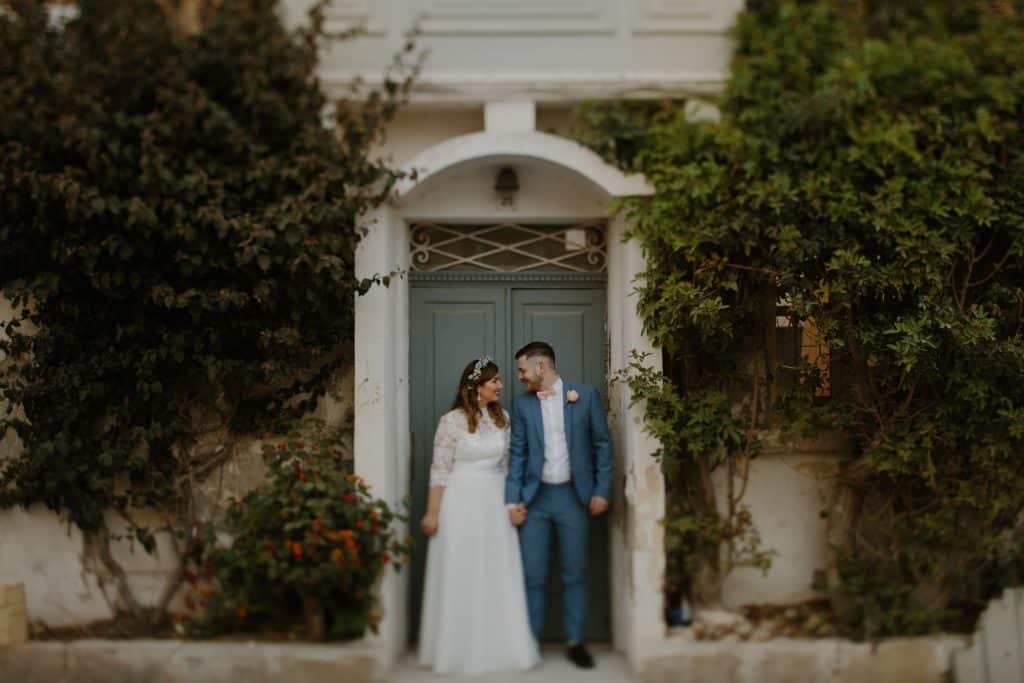 Almost five years ago, I was standing in the snowy street of my Michigan hometown, listening to the high school steel drum band pound out Christmas carols in the town square. My coffee steamed in my mittened hands as I tapped my foot to the music with my friends. As we ran into one of the stores to get warm, I was talking to one of my guy friends about marriage.

“I see it this way: I can waste my single years, or start preparing now, you know? So I’ve been learning to cook, clean, handle my finances. The stuff that will matter.”

He nodded. “Yes, that’s all good stuff. But remember – the most important thing a man needs isn’t a woman who can accomplish the tasks of a “good wife”. What he needs most from her is the attitude of a good wife.”

I never forgot that statement, but I didn’t have the chance to implement it until I got married.

Like I told my guy friend, I DID prepare for marriage. I learned to cook, meal plan, and live on a budget. I paid off my school debt, worked hard, and saved my money. I studied how to be the Proverbs 31 woman. I knew marriage wouldn’t be easy and that I could never be completely prepared… but I felt I had a good head start. And I did – except for one category.

Below are five things I learned about this discipline in my first year of marriage.

Our world and church are pretty happy to swallow the concept of unconditional love: I mean, let’s all hold hands and sing Kumbaya! But unconditional respect is whole other ball game. We’re told not just to question authority – but to reject it. There is an insidious attitude, even among Christian women, that says love is a right, whereas respect is to be earned.

The Bible doesn’t say, “Women, see to it you respect all men.” Unconditional respect is housed within the marriage commitment. It does not apply to non-marital male-female relationships (outside of basic courtesy and kindness).

Here’s the thing: When I married my husband, he had already earned my respect, just as I had earned his love. Does he always act in a manner that garners my respect? No. But that doesn’t give me the right to disrespect him, just as me being unlovable (which I often am) doesn’t give him the right to stop loving me.

In a world where ‘fair’s fair’ and everybody wants to be equal, this concept should be readily accepted. But it’s not, because it’s hard. I think God knew men would struggle to love their wives and women would struggle to respect their husbands, and for that very reason He inspired Paul to write about this in his letter to the Ephesian church:

“…let each one of you love his wife as himself, and let the wife see that she respects her husband.” (Eph. 5:33)

In this post I am simply talking about respect, though Paul had just finished a discussion of submission (read my post Biblical Submission is Dangerous for my thoughts on that topic). Respect is a command from God. That means acting in a respectful manner even when I do not feel respectful toward Josh. I learned this the hard way, but I’ve found, as I’ve grown in the discipline of respect, that changing my manner improves arguments, cultivates good communication, and affirms my love for him better than anything else I can do.

As the oldest of six children and a very ‘Type A’ personality, I’m about getting things done. I don’t like interruptions, and I don’t like getting off track. I can be a little abrupt with my presentation of information, and can get rather hot-headed in any kind of debate.

In my mind, I am justified in presenting ideas and facts as abruptly as I need to – I’m pretty busy. But the fact remains that my home is not my office. My husband is not a coworker I’m informing about the latest deadline. He is my husband. And I have learned that what I say to him is not half as important as how I say it.

We hear ‘respect’ and we often think of some abstract reverential action. Respect is quite practical: it means changing how we talk and act to take the other person into consideration. Respect is courtesy. It’s having good manners. So when I would bludgeon my husband with a deluge of information, issuing commands and reminding him not to fail at something I had assigned (‘don’t forget I told you to…’), he came away feeling mothered, not loved.

Some will say “It’s his problem if he doesn’t like how you talk to him.” And yes – he is responsible for his reaction to my attitude and words. But I am responsible to cultivate the kind of marriage God requires: one based on love and respect. If my husband does not feel respected, I’m not doing my part.

3. He is as confident as I am respectful.

Emmerson Eggerich in his book Love and Respect captures a concept called ‘The Crazy Cycle’. It’s when a husband and wife feed off each other’s negative actions in a spiral of anger and resentment. He treats her unlovingly; she responds with disrespect; he feels disrespected, so he treats her with even less love; and so on. The same thing happens with a man’s confidence.

One of the things that drew me to Josh when we were dating was his confidence. He was the first man unintimidated by my Type-A nature. Once married, I discovered that I could lampoon his confidence with one simple action: Disrespect. When I talked down to him, dismissed his ideas, or took an angry or arrogant tone, his impulse was to retreat.

Nancy Campbell says in her book 100 Days of Blessing that husbands can’t handle our criticism, our anger, and our disrespect. They will run from it. Our reaction as women (and this includes me) is to say, “Buck up! Can’t you handle it?” which pushes him even further away. He doesn’t want to handle it. He doesn’t want the woman he married treating him like he’s a failure.

Thus I realized my husband isn’t immune to being hurt. His confidence is dangerously dependent upon whether or not he feels I truly believe in who he is as a man. In realizing this, I’ve been able to make changes (a continual process) to affirm my faith in him. This, in turn, gives him the inner confidence that his wife believes in who he is.

Here’s something extreme feminists don’t get (and if you’re a Christian who considers herself a feminist, listen up): if you want a confident man in the bedroom, you need a confident man in general. A man who is secure, respected, and purposeful will be confident in all aspects of his life. But if a man’s wife – the person he trusts the most – seems to think his work, ideas, or opinions are constantly in need of correction, she directly assaults his heart. And just as affirmation affects his confidence in a positive way, disrespect affects his confidence in a negative way – and it affects every part of who he is. I’ve seen it happen. I’ve made it happen.

If you think you can get married and tell a man what to do, boss him around, refuse to accept his ideas and generally demean his manhood – newsflash! – you are pulling down your house with your own hands (Prov. 14:1).  And finally – a good sex life is dependent on a man’s confidence that his wife loves and believes in him. Don’t be surprised if the bedroom suffers when disrespect reigns in the house.

4. Disrespect puts him on the defensive.

In that first year of marriage, I learned that disrespect divides.

I found we were pitted against each other; no longer on the same team. My tone and attitude put him on the defensive, often launching into an explanation of WHY he did what he did or said what he said. I got real tired of these back-and-forth discussions {fights} and finally asked him what we had to do to stop.

“Appeal to me.” He said. I already don’t like the sound of that.

“Present your ideas, problems, and thoughts to me like you would to a board. Explain to me your reasoning without getting emotional and angry. Be respectful, the way you would at work.”

Somehow, that clicked. Having been in the workforce for ten years, this kind of respect suddenly made sense. Why was I treating my husband in a worse way than my directors and colleagues?

By changing ‘assault’ to ‘appeal’, I affirm to my husband that we are on the same team.

5. Respect should be given in the way he best recognizes and appreciates it.

Okay, respect my husband. I’ve got this. I did what many young wives probably do: started an ardent effort to ‘respect’ based on what made sense in my own mind. But just as there are love languages, there are ‘respect languages’ too!

After a few months of frustration – me thinking I was respectful and him feeling disrespected – I just asked him straight up: “WHAT does it mean to respect you?”

And he told me.

Engage – ask for his opinions and listen to his advice

Smile – to let him know I appreciate him

Express – tell him that I believe in him, have faith in him, and love him

Consider – do I need to use this tone/word/action to express myself?

Try to be on time as much as possible. (A work in progress)

Your husband, or your future husband, will probably spell ‘respect’ a different way – because he’s a different man!  By giving him respect the way he best recognizes it, he responds with love in the way I best receive it. Do we get it right every time? No. We still fight (and probably always will) but each time it happens we gain a better understanding of what the other person needs.

Respecting my husband is the Golden Rule: “ “So whatever you wish that others would do to you, do also to them, for this is the Law and the Prophets.” (Matt. 7:12) Would I like my preferences taken into consideration? Would I like to be unconditionally loved? Then Jesus says I am to take my husband’s preferences into consideration, and I am to unconditionally respect.

Just because I’ve dealt only with the respect side of the marriage equation doesn’t mean I’m ignoring the responsibility of husbands to love their wives – don’t make that assumption. This post and series will deal with what I am learning as a young wife, hopefully giving other young women a glimpse of young marriage and how that’s working for us. For more on the topic, check out the marriage tab in the menu.