Why Accepting Grace Is The Best Decision You Can Make 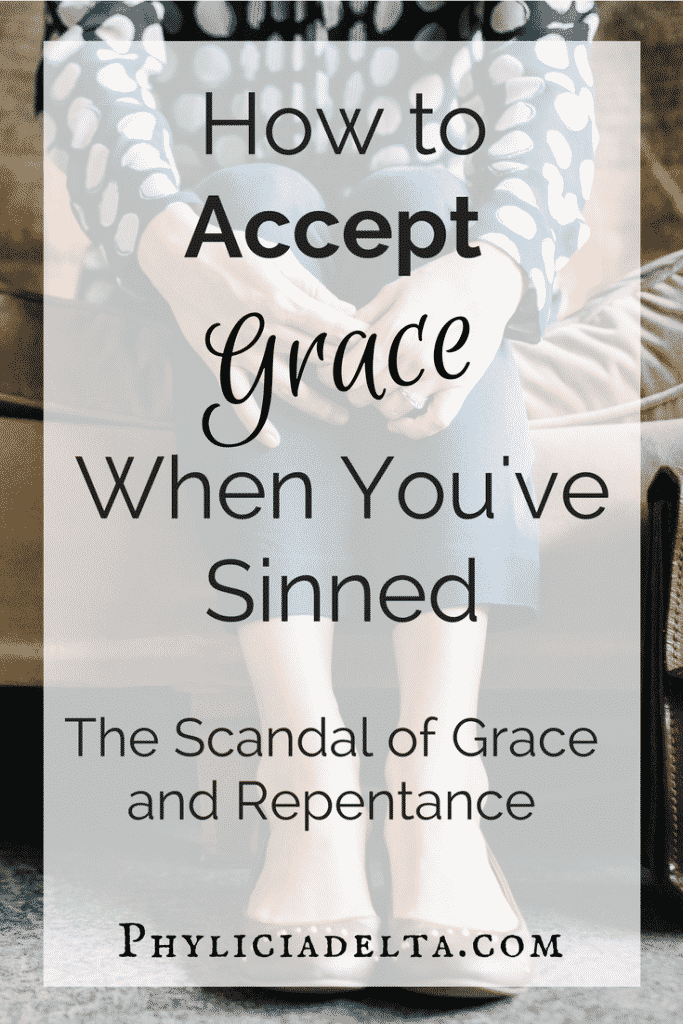 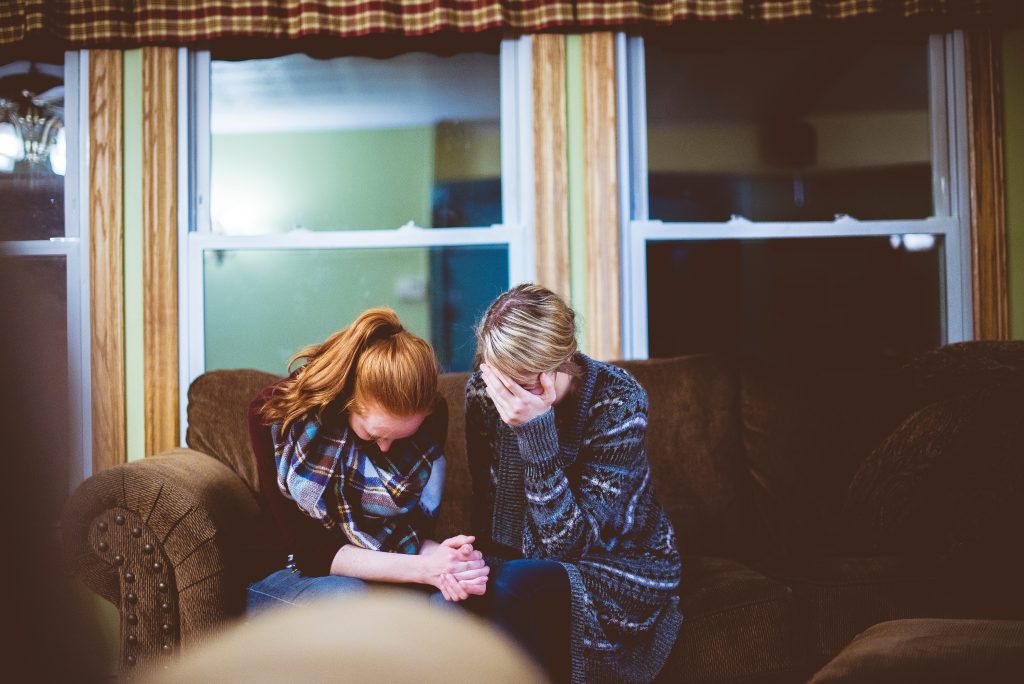 “I don’t want this to come out wrong,” My friend had started tentatively, leaning against the car window. “But I sense a lot of guilt in your voice. Like – you really haven’t forgiven yourself for the ways you have failed God.”

We were driving back from a quick trip to a neighboring city and her words pierced my heart like a sword and I felt the tears brimming. My friend looked at me and said, “Am I wrong in saying that? I just feel as if you’re carrying this burden… and I want you to be free. I just want you to be really free.”

If you knew her – if you knew her story – you’d be astounded at who she is after what she’s been through. You’d be amazed at the joy and freedom of her laugh in light of how she’s been hurt. And me – the one who tapes myself together with lipstick and heels and to-do lists – somehow she was bold enough to break through my blindness.

Because I didn’t even know I wasn’t free.

“I – I mean, I know I’ve repented of the things I’ve said and done that have hurt God,” I stumbled over the words. “But… I guess I kind of thought of it as… still on my record, but with ‘Forgiven’ stamped over it.” I swallowed. “I’m afraid if I really accept total forgiveness – that it’s gone, washed away – I’ll take advantage of God’s grace and sin again. So if I remind myself of how I failed, I’ll be more careful of not committing the same sins.”

“It’s not possible to ‘take advantage’ of God’s grace, Phylicia.” She said. “That’s what it’s there for.”

Later I stood in church staring at the twinkling lights with tears pricking at my eyes and the worship team sang:

I’ve heard God’s holy word. Maybe you have too. Then why don’t we sing in exultation? Why do we live joyless in one of the most joyful times of the year?

As I stood there in church I realized why: because I’ve received grace without fully believing it.

Don’t get me wrong. Everything I’ve ever written about grace on this blog is TRUTH, founded on Scripture. I know it in my head and even in my heart. I don’t doubt the truth for one minute. But there is a difference between knowing truth and truly embracing it with all that I have. I felt I had failed God, and continued to fail God, and because of this I refused to receive grace.

Truth be told, I’ve accepted a half-forgiveness: like I told my friend, I was okay with a forgiveness ‘stamped across the sin’. But I couldn’t believe the sin was wiped away. I couldn’t believe that my hasty words, my rash temper, my arrogance, my selfishness, and my blundered relationships could be so forgiven they aren’t even there anymore.

And the problem with believing partial grace is you only receive partial joy.

Our experiences – the choking, twisting thorns grasping for victory over us – try to overshadow the strength and power of God. The more we focus on our experiences, the smaller God seems.

But if Jesus is not King over our experiences, He isn’t a king to us at all.

All of life is an experience: relationships with parents, hurtful words by friends, annoying jobs, sexual abuse, sinful choices – these are a part of existence in a fallen world. If we, as Christians, believe that these experiences are too great for God to overcome, we have effectively dethroned the King of Kings in our hearts.

We exist, Christian in name; atheist in living.

Don’t think I’m demeaning our experiences or saying we should ‘just get over it’. I have experiences of my own that threaten to drown out my view of God. But that’s the problem. I’ve tended those wounds, bandaged them, stressed over them, even begged God to heal them but never quite believed He would.

I believed I didn’t have the right to completely release them to God. That somehow I was responsible for part of my healing: an emotional self-flagellation that only increased a consciousness of my inadequacy. I told my friend this in the car ride home.

“But… I was partially responsible for how that friendship failed,” I said. “So I feel like I can’t accept complete forgiveness from God and get past those hurts, because it was my fault.”

“Phylicia, that is the scandal of grace.” She looked at me with her bright blue eyes. “You don’t deserve the gift, but it’s still a gift – you can take it, or you can leave it unopened and live in bondage the rest of your life.”

At Christmas, we hear a lot about the ‘reason for the season’ and how Jesus is the ‘ultimate gift to mankind’. As I stood in church I found myself asking, Why? What does this even mean for ME, today? My friend’s words came back to me and I understood.

The gift of grace is realized in our lives to the degree it is accepted. It feels wrong to accept grace. We get scared we’ll be one of those who ‘sins more that grace may abound’ (Rom. 6:1). But here’s the thing: when you acknowledge that God became man for the express purpose of giving grace to sinners like you and me, it becomes much easier to accept the gift. And when you accept it, the last thing you want to do is sin against the Giver.

It may feel safe to take a ‘measure’ of grace: just enough to make us feel confessed but not enough to be indebted.

Just enough to acknowledge our sin, but not enough to free us from our past.

So we live joyless and un-triumphant, never allowing the King to fully reign in our hearts –  never knowing what Jesus meant when He said, “Fear not, for I have overcome!” (John 16:33)

Jesus’ birth was the birth of a King: not a king of earthly nations or military force, but a King of righteous and holy hearts. His power was not used just to humble world leaders but to completely cleanse the dirty, wholly heal the broken, and forever secure a place for us.

God took great measures to bring grace to earth that day. Will we accept it?

We won’t accept the gift of grace because we realize just how much we don’t deserve it.

But that’s the point.

Do you know why the woman in Luke 7 was confident to approach Jesus, perfume in hand, and pour out her tears and her living on His feet? She believed and accepted His grace. If she had let her past sins and insecurities wield power over her heart, she would have never dared set foot in that room. But the grace of God was her confidence, just as 1 John 5:14 says:

“This is the confidence we have in approaching God: that if we ask anything according to his will, he hears us..”

“Let us then approach God’s throne of grace with confidence, so that we may receive mercy and find grace to help us in our time of need.”

We can approach the throne of our King with confidence in His grace. He knows our weaknesses (Heb. 4:15); He knows we will fail Him. But each time we approach His throne to confess our failings, to bring Him our burdens, and relinquish the past, we renew the relationship He died to ensure. Sin pains Him, but “there is rejoicing in the presence of the angels of God over one sinner who repents.” (Luke 15:10).

We often think faith is a one-stop shop used for salvation, after which we pull ourselves up by the bootstraps and ‘go it alone’ – what some call ‘practical atheism’. But every day of our lives, every burden of our past, and every struggle of today is part of a series of faith decisions: conscious choices to believe God is present and powerful. We can choose to live faithless, Christian in name only; or we can accept grace, believe God, and truly walk by faith and not by sight.

So don’t cringe from grace. Don’t cower from the love of God, refusing to open the gift He has given you. The central message of the gospel is the GOOD NEWS of grace to the undeserving, hope to the hopeless, and a future for those of every past.

← Dear Girl, You Are Not Your Parents 5 Things I Learned About Respect In My First Year of Marriage →
0
0
Your Cart
Your cart is emptyReturn to Shop
Continue Shopping