How to Deal With Red Flags in Dating 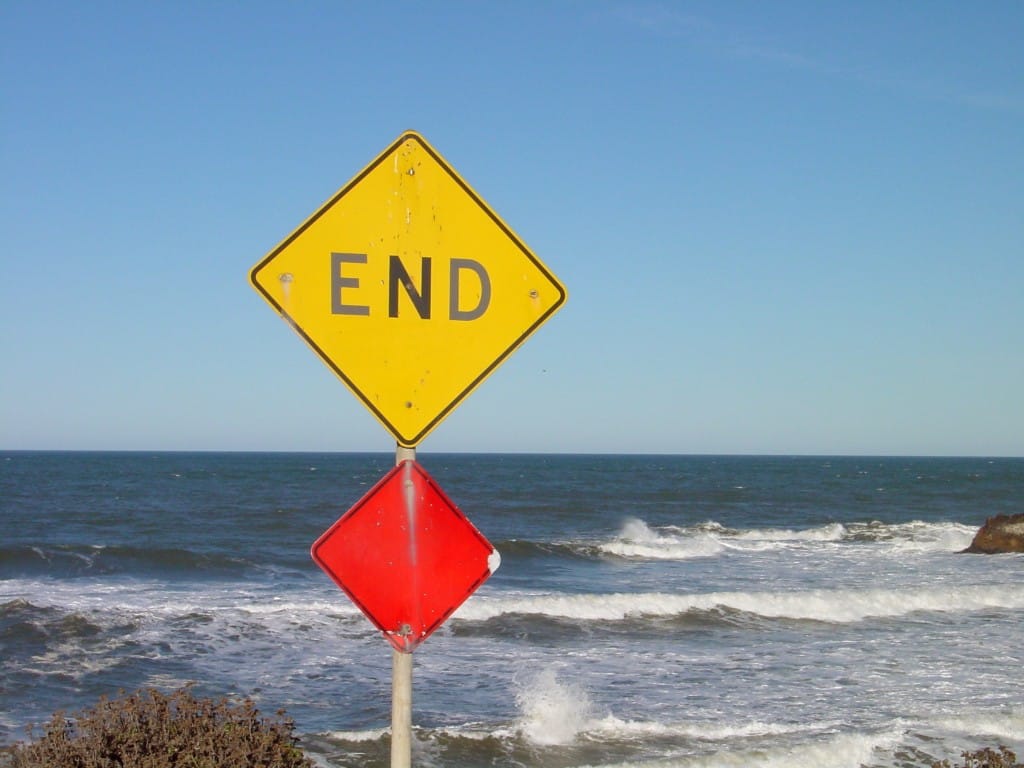 I should have known he would be a problem. I really should have. He was a little too… eager. A little too available, and way too serious after knowing me only a week. But I was 20 and pretty naive about this stuff.

At first I thought he was just an ardent pursuer, but that notion went out the window when he began pairing my name with his on our 10th day of acquaintance.

…As if ‘Phylicia Phillips’ was a good idea in ANY world.

Red flags had been popping up in my mind every day of our acquaintance, but I ignored them because I didn’t want to make a ‘rash judgment’. By the end of that summer, he proved himself exactly what the flags had professed him to be – fortunately, I had stopped talking to him on the 11th day.

My husband (Mr. M, for new readers) and I have often talked about the ‘red flags’ we had in prior relationships. That was a term he used to describe the lack of inner peace he’d had before making a poor decision. Both he and I have ignored those ‘red flags’ in past relationships out of a desire to ‘make it work’ or ‘save’ someone who should have found their salvation PRIOR to a human relationship.

This happens more often than it should among Christian young people, men and women alike.

In my post “You Don’t Want to Lose Him… But Maybe You Should“, I talked briefly about a woman’s desire to ‘be the difference’ in a weak man’s life, or to inspire him to make a salvation decision. In ‘A Few Good Men‘, I discussed why we should have faith that there are good men out there – and strive to be women worthy of those men.

If you’ve already married a weak or unsaved man, there is a different path to take. Once married, that person is the one you have committed to love and understand for life, outside of instances of physical abuse (for advice on marriage, I recommend visiting the Time Warp Wife, Women Living Well, and The Unveiled Wife). This is why it is imperative that young people use God’s wisdom in choosing who they date and marry. This isn’t a big joke, and there are consequences to every relationship we enter – both romantic and platonic.

Those red flags aren’t to be ignored.

I asked Mr. M to co-write this post with me for a few reasons. One of them is the fact that he has six sisters and three sisters-in-law, as well as a bajillion girlfriends thanks to yours truly. My husband cares about the women in his life. He wants to see them honored, treasured, and loved in the same way he seeks to honor and love me. And as a man, he can see right through a guy who is only in a relationship for his own benefit.

Mr. M also cares about the girls who read my blog. I share a few emails and comments now and then, and when I pray for the girls who send me prayer requests, I update him on some of the answers they’ve sent me (if they haven’t requested privacy). So in reading his input, keep those items in mind.

The truth is, one red flag should be enough. But as women, we tend to rationalize the bad behavior of those we care about: assigning good motives and hoping for the best. Grace and mercy are definitely godly qualities we should cultivate as Christians. But it is possible to show grace without compromising strong spiritual lives, godly relationships, and the destiny of our future families.

‘Red flags’ are those pricks to the conscience telling us something is wrong. It’s the lack of peace, when you really think and pray about it, that stirs your soul with worry. We should listen at that first ‘pang’ of warning… but we often don’t.

Why don’t we? When I ignored those warnings, it was usually because I lacked faith. I didn’t believe that God could have better than what was sitting right under my nose. There was also a measure of curiosity: I wanted to find out what would happen if I didn’t get out. And oh, the consequence of that curiosity! Instead of trusting God had better, I had to find out the hard way.

God, in His grace, still brought me to the wonderful place I am today – but not without a few scars. They are scars that I didn’t need to have. I am glad God redeemed them, but they weren’t necessary.

Red flags in relationships of any kind – which can include girlfriends, because there are some toxic women out there – should be heeded the moment you feel them. Instead of waiting to find out what happens, start writing out those pangs of conscience. Consider those warnings the voice of the Holy Spirit trying to gain your ear – and LISTEN!

We often think if we slow down enough to listen to that still, small voice, we’ll miss out on something grand. The world will race by, that guy won’t ask us out, or we’ll miss that job opportunity. But that’s exactly what the Enemy wants: he wants us rushing through that voice so we make rash, poor decisions that pull us away from the Lord. But when we pause and listen, we can never arrive at a bad decision. You can never go wrong in heeding that Voice: the world will still be waiting. If that guy was meant to be, he will still ask you out – and you’ll have the wisdom to know if you should go. If that job was right for you, God will give you peace to proceed.

So what do these red flags look like in relationships? What should we watch for when we have doubts about a guy? I asked Mr. M to cover this section (pardon the formatting, WordPress gave me trouble today!).

Physical vs. Emotional
In past relationships, I found that a huge red flag is when your relationship falls out of balance between the physical and the emotional. When I say physical, I mean anything related to showing your affection by means of physical interaction, whether it’s hugging, kissing, or just intense flirting. By emotional, I mean talking, sharing interests, being innocently romantic, and just getting to know the person.
A red flag is definitely seen when the other person expresses interest physically, but you find they don’t take the time to hold conversations with you or get to know you for who you are. Of course, it is ideal to disallow any opportunity for lust to creep in. As a woman who should be lovingly pursued, you need to learn what the other person’s priorities and motives are in the relationship. Find out whether or not he’s focused on material things -like talking  about how beautiful you are and how they can’t wait to kiss you, rather than taking the time to actually get to know you. A relationship will fill with guilt and emptiness once the physical outweighs the emotional.
Is He a Leader?

A godly woman wants a godly man who either is or desires to be a leader in the relationship.  In accordance with this, he must want to lead you in the right direction. Take time to notice and find out the level of his devotion to the Lord. Does he encourage you and desire you to have a godly relationship with him? I was first attracted to my wife because she had a desire for the Lord and I wanted a godly woman to walk towards God with. I myself was and am far from perfect when it came to spending time with the Lord and seeking Him, but you definitely want to be with someone who encourages you to seek Him and to have a godly relationship.
If the guy you like or are dating is a distraction from the Lord, and causes you to not want to spend time with Him, that is a red flag.
Phylicia: And I would note that sexual sin and compromise will almost always drive you away from God in shame and guilt, discouraging you from spending time with Him. If a man sees no reason to set physical standards, or is distracting you from your pursuit of God (even if you are a willing participant), it’s time to reevaluate your priorities in the relationship. God is not your center if guilt is pursuing you. There are a variety of posts in The Other Virgin Diaries that answer questions on this topic.
Mr. M: On that note, the guy you are dating has the power to encourage you to do sinful things and to discourage you from spending time with the Lord (even without expressly stating so). If the relationship you’re in makes you feel distant from the Lord, then I advise you to pray about it and figure out what is causing you to be estranged to the Lord. Present the issue to the guy and see if he is willing to lead you towards the Lord. Then see if he actually makes an effort to do so.
It is very important to be sensitive to these things because the status of your soul is on the line. Don’t be afraid to take action when you feel God’s warning in your heart! Do the hard thing, if that is what it takes to be closer to the Lord. Your relationship with God comes before your relationship with a guy. That is the only way any relationship can work. It is vital that you share a love for the Lord and grow closer to Him –  both together and apart.
Phylicia: Mr. M and I haven’t been married that long, which is why I don’t give marriage advice on this blog. But I can testify that the reason we are able to have peace in our home, unity in every decision, and a delight in each other is because we are spiritually equal. We share the same goals, desires, and doctrine. We want the same things, and top of that list is a life that pleases God.
Do we always achieve that? Um… no. I can speak for myself at least (Being a wife to Mr. M is basically like being married to Jesus. You can imagine how convicting that is.). But because we made a choice at the beginning to prioritize certain godly qualities in our dating relationships, we each found a godly person to marry. And in order to marry each other, we had to apply the standard we had for our spouse to ourselves.
So don’t wait until the third or fourth red flag to get out of the situation. Bring that first red flag to Jesus and ask Him why it’s waving in your heart! Listen and wait for the answer. God seldom rushes anything, and if it is His plan, He won’t let it pass you by.
Here are a few verses to consider as we close:

“If any of you lacks wisdom, let him ask God, who gives generously to all without reproach, and it will be given him. ” (James 1:5)

“Look carefully then how you walk, not as unwise but as wise, making the best use of the time, because the days are evil. Therefore do not be foolish, but understand what the will of the Lord is.” (Eph. 5:15-17)
“By wisdom a house is built, and by understanding it is established; by knowledge the rooms are filled with all precious and pleasant riches. A wise man is full of strength, and a man of knowledge enhances his might, for by wise guidance you can wage your war, and in abundance of counselors there is victory.” (Proverbs 24:3-5)

← Dear Girl, the Only One You're Failing is Yourself 5 Myths Christian Women Believe About Men →
0
0
Your Cart
Your cart is emptyReturn to Shop
Continue Shopping