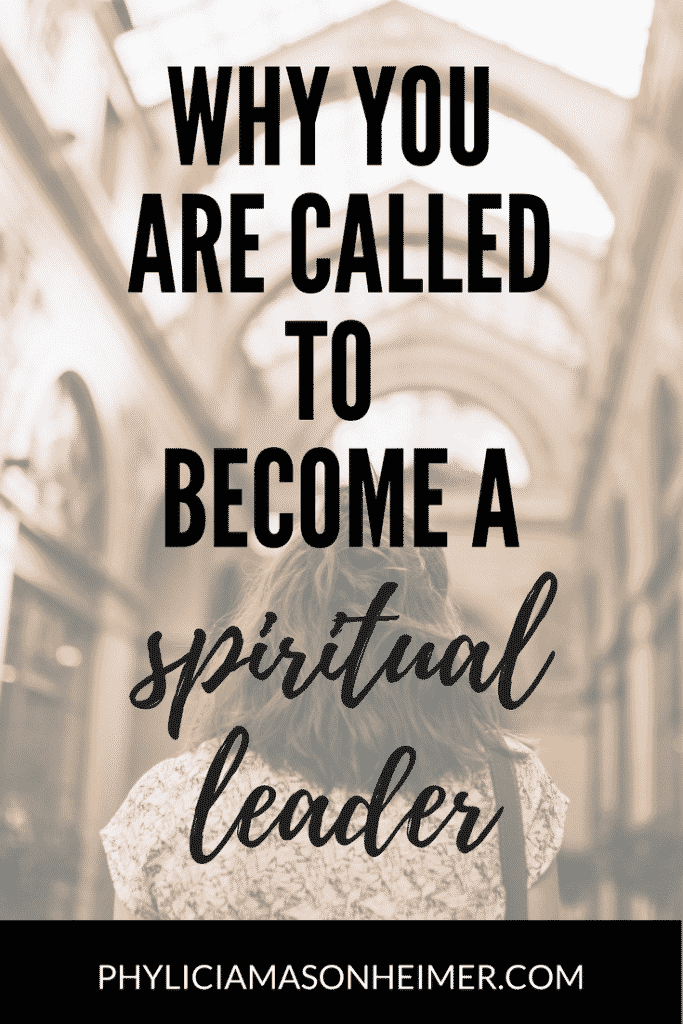 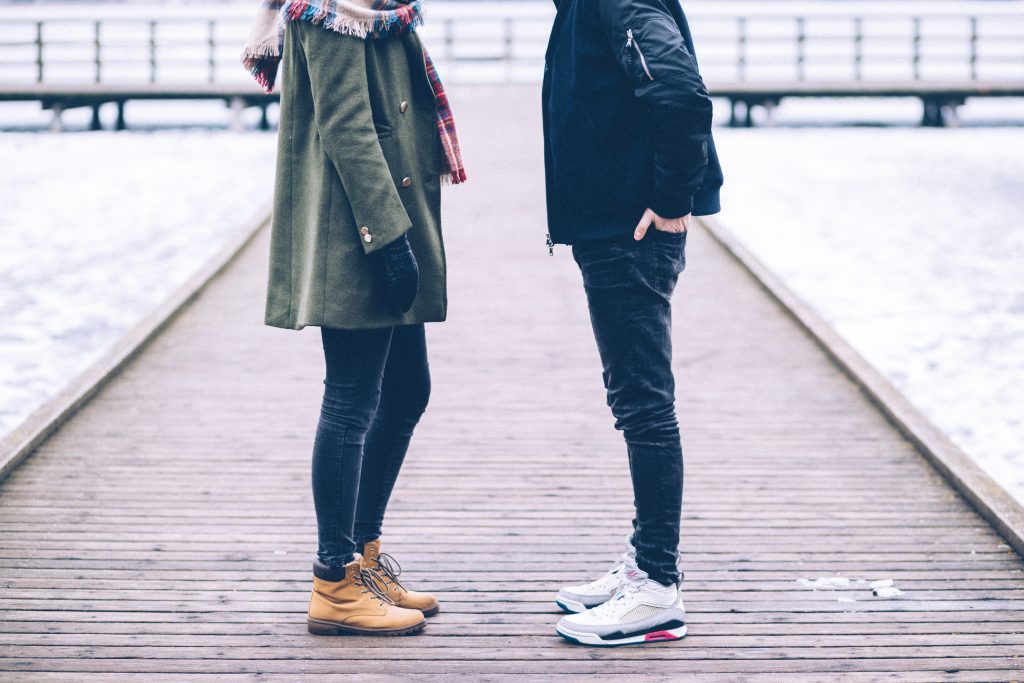 The words “spiritual leader” are synonymous with Christian dating culture. If you’re a single Christian woman, you’ve been taught, told, and everything short of commanded to only date men who are spiritual leaders. We talk about this as if the term is actually written in Scripture (it isn’t, though it’s insinuated: Eph. 5:22-23, 1 Cor. 11). The result? A confusing, limiting conversation that is straying further and further from the biblical model of church and family structure.

What most people won’t tell you (mostly because they don’t know) is this: the call to spiritual leadership is a call to both genders. Women are called to lead, minister, and boldly declare the gospel in whatever circle of influence Christ has given them. This does not mean women are to take on a cultural framework – e.g., secular feminism – slap “Jesus” on top of it and compete with men for a place of authority; that is not the way of humility, which is necessary to true leadership. Rather, this issue calls Christian women to a deeper understanding of what the Bible actually says about female dignity, strength, and calling in the church and beyond.

I think the spiritual leadership conversation needs to change. We can start by seeing this as a church issue, not a marriage issue.

We discuss spiritual leadership only in the context of a husband’s responsibility.

There are two ways this conversation goes. The first extreme takes passages about biblical gender roles so literally, it presents the woman’s voice, role, and partnership with her husband as a sort of non-leadership “leadership”. She’s allowed to lead her kids, and that’s about it. The second extreme is reactive to the abuses of the first, where women demand a place in leadership simply because they haven’t had one, often using cultural arguments, instead of biblical humility, to achieve that end.

But what does it really mean, to lead?

In the current leadership conversation, we define “lead” in the last context only. To lead is to impel: to force the obedience of others, to be the boss, to run the show. But true spiritual leadership is a multifaceted discipline. As described above, we can lead by walking alongside someone. We can lead by bringing someone to a destination. We can lead with our own example.

Clearly, the biblical model of leadership is NOT about control; it is about ministry.

In marriage, we co-lead our families alongside our husbands. That is what it means to be a helper. Co-leadership does not require jockeying for position or comparing notes on who did what; that is the opposite of a biblical marriage. When two people who love God minister together, you’ll find you don’t care who is “leading”. You’re a team. You pull together, equally yoked, lifting each other up when one is weak – even spiritually weak.  This is what a ministerial marriage looks like.

This is also why it is IMPERATIVE to marry someone who is spiritually your equal. When people battle about equality in marriage, they’re missing the point. In God’s eyes we are more than equal; we are ONE. If a man abuses this by putting his wife down, he will answer for it. If a woman abuses this by demanding control, she will answer for it. When you are already on the same page spiritually, you lead together toward the same goal.

Spiritual leadership is not just about husband’s responsibility. These qualities should be just as evident in women as they are in men.

It should not scare the church to talk about the leadership qualities of women, because every godly woman in Christian history was a leader in her own right.

What scares us is how people abuse this leadership. It’s fear and outrage that drives women to adopt secular ideologies as the solution to a spiritual problem; it’s fear and control that drives men to keep women out of leadership when the Bible never meant that to be so. In relegating this topic to marriage and masculinity alone, we have done marriage, men, women, and Scripture a grave disservice.

We ignore the fact that ALL Christians are called to be spiritual leaders.

Because spiritual leadership is not just for men or marriage, it applies to every single believer. We are all given gifts with which to serve the kingdom of God. We are called to LEAD – by the biblical definition – with those gifts.

I have noticed in an increased dissatisfaction among Christian women regarding the church. Because women have not been invited to lead in their biblical capacity, they are turning to cultural models that offer them a framework for their skills. Unfortunately, the framework they choose is often the secular feminist agenda. I believe this is why you see more and more female Christian leaders labeling themselves feminists, attempting to force a secular ideology into the biblical worldview.

While I think their approach is completely off-base, I think their motives are justified. Women have been left out of the church’s mission. Some of that is their own unwillingness to step out and stand up. But much of that fear springs from this extrabiblical, one-size-fits-all model of leadership that alienates men and women both.

The reality? ALL believers are called to spiritually lead wherever God has them. This leadership might look like discipleship – of a coworker, of a youth group, or of your own children. It might look like walking beside your husband and achieving God-sized dreams together – or being a spiritual witness to an unsaved spouse (1 Cor. 7:14). It might mean setting an example through the holiness of your life. It may mean standing up, speaking boldly, and calling people to join you in this kingdom work – the kind of spiritual leadership I am often called to undertake.

Your unique personality and talents were given to you for this season and this reason: leadership is not one size fits all.

We promote a model of spiritual leadership that is “one size fits all”.

Not all men (or women, for that matter) lead in the same manner. They aren’t meant to! But when we discuss who and how to date, we act as if this isn’t the case. The ideal “spiritual leader” should be initiating devotions, leading Bible studies, or playing guitar on the worship team. In other words, this idealized version of spiritual leadership concentrates on what is visual.

While some men do lead this way, many more have a leader’s spirit. This is far more lasting and important than a checked box on a spiritual stereotype. I discuss this further in my post, Marry the Man Who Stays:

We’re trained to look for the movers and shakers, the leaders and the loud. We think spiritual leadership means holding the microphone – but it’s more about holding the fort. The man who stands on principle isn’t en route to anywhere else; he’s neither moving nor shaking. He simply stays...

What is a leader’s spirit? It starts with a humble heart. The man who is willing to learn, who worships God, and quietly sets an example of faithfulness is as much a leader as the man on the stage. It is far more important to look for a leader’s heart than for a leader’s actions. You can do all the right things with the wrong heart, but when a man has a heart after God, He will be a good leader – however that looks for his personality.

Once again, this applies to women as well. Women shouldn’t be leading in the church just because they’re women, just as men shouldn’t be leading just because they’re men. A uterus doesn’t qualify you for leadership; God does. The gifts God has given you are meant to be used in the limited time you have on this earth. And since God is the one who calls us to make disciples, to tell the nations, and to share His hope with all we encounter, we can trust Him to face down our opposition.

If you come away from this post thinking I’m anti-submission (I’m not) or advocating rebellion against male church leaders, you’ve missed the point. This is not about extremist camps. This is about becoming men and women who actually accomplish the Great Commission. This post should inspire you to let God define your unique giftings, to become even more united in co-leadership with your husband, to set an example of holiness to your peers, and to draw near to Jesus, who exemplified the humble leadership we desperately need to be effective in this world.