Dear God, I’m Not Qualified to Be a Mom 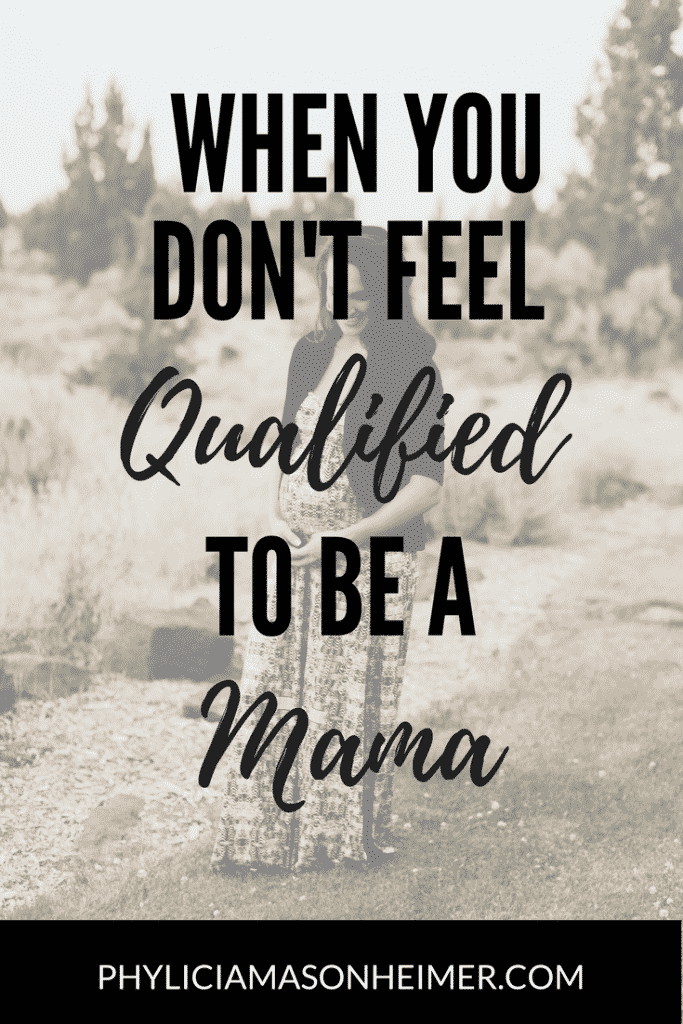 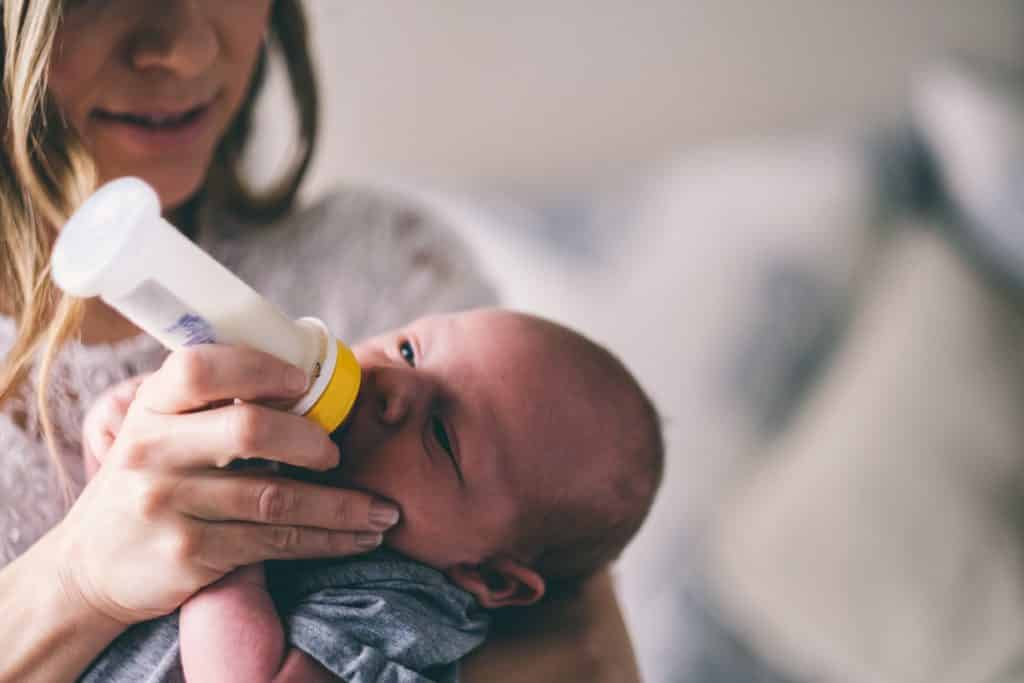 I took the pregnancy test in a hotel bathroom. I left it on the counter and went into the sitting area to do homework while Josh watched TV. It was our one year anniversary.

“Well?” He asked. “I don’t know anything yet,” I replied. “It’s really probably nothing. I’m going to do homework.”

My husband was thrilled when we first found out. Just the week prior he had been asking when I thought we’d really try for a baby, since we weren’t really trying at all. It all happened so much faster than I had anticipated, and while I wasn’t disappointed by any means, I felt extremely unprepared.

Before marriage I had plenty of single years to ‘prepare’ for wifehood, but I still remember the night before my wedding: I lay in bed, sick to my stomach on Sour Patch Kids, wishing I’d had just a little more time to prepare. But it was too late. Any preparing I did was already done, and everything else I’d be learning on the fly.

I blinked at the two pink lines and the same Sour Patch sickness came over me. I’m not ready for this.

I can’t teach a child. I’m not patient enough.

I can’t do this. I’m not prepared.

The marriage lessons I’d learned on the fly had been hard, sure, but Josh is an adult and can handle my galumphing through our relationship, barreling through his feelings like a hormonal rhinoceros.  But a child – I can’t afford to mess up with a child. What if I mess up the child himself?

The two pink lines flooded my mind with every insecurity and inadequacy I’ve ever harbored in my heart. You’ll yell at him. You won’t listen. You’ll make her insecure. You’ll push him away. You’ll twist her view of God. He will reject everything you teach him.

So I sat in the hotel office chair, holding the test, wishing I was a different person or had more than 8 months for a complete Phylicia remodel.

Four weeks later I sat in a dark room with a smiling nurse and listened to a little heartbeat swish swish on the monitor. I watched the monitor spike and swell with the sound of that little life and for the first time it became real.

I’m not qualified. I’m not prepared.

But if I tell myself the truth, I’d see that I’ll never be qualified – because I’ll never be perfect. And I’ll never be completely prepared because I’m not omniscient. And regardless of how unqualified and unprepared I feel, Mr. M and I have been called to raise a child because God saw fit to give one.

Our world acts as if it can control the arrival of a child by altering the biological context in which one is conceived. To a degree, they can. But ultimately God is the one who opens and closes the womb (Is. 66:9), and He chooses when to bestow the weighty responsibility of a child upon those who follow Him. So if God gave us this privilege, God will provide everything necessary to rise to the occasion.

Francis Chan, in his book Crazy Love, says that worry and stress are signs of arrogance because they are both the antithesis of trust in God.  My worry over qualification is nothing more than me telling God, “You don’t know what you’re doing. You picked the wrong person, the wrong time, with the wrong skills. I can’t do what you’re asking of me.”

But He chooses us for that very reason.

We’ve heard it before: “Jesus doesn’t call the qualified; He qualifies the called.” It’s easy to quote and hard to believe. Your battle may be a new job, a college application, a ministry position or an upcoming marriage, where you’re standing on the brink like me, woefully unprepared and even more unqualified.

And that’s where God wants us, you and me.

Every day we do things for which we are qualified and don’t give them a second thought. It’s because they are within our comfort zone. But the realm of ‘unqualified’ takes us over the edge into the unknown and uncomfortable, where we aren’t confident of our abilities, our intelligence, or our success.

But in that unknown we can be confident of one thing: God’s presence.

I think about how Mary, the mother of Jesus, may have felt when God called her to carry His own Son. How unqualified was a Nazarene girl, poor and young and nobody, to bear the King of all Kings? And instead of concentrating on her inadequacy, Mary simply said: “Let it be done to me as you say.” (Luke 1:38)

God calls us to missions beyond our ability to showcase His ability through us. The more uncertain the situation, the greater the evidence of His presence in our lives, for where there is less of us, more of Him will be visible.

The unknown forces us into utter dependency on the grace of God, the power of His strength and the consistency of His love. Now at 11 weeks with Baby M I am not so terrified at the prospect of being its mother, because I know the solution. The grace, strength and love necessary to teach and parent are only found through dependency on Jesus Christ.

He never said it would be easy. The challenges we face aren’t meant to be easy; they are meant to drive us to Him. In every cry, “Dear God, I’m not qualified!” is an echo that says, “But let it be as you say,” where fear dissolves in His presence.

If you’re afraid of your commission from God, you’re not alone! But now you have the solution: when God gives a commission, He gives the strength to carry it out. It’ not chin-up, march-on strength from inside of us but the strength of His constant presence.

And in His presence we are qualified for every calling He gives.