Does My Husband’s Headship Make Me Second Class? 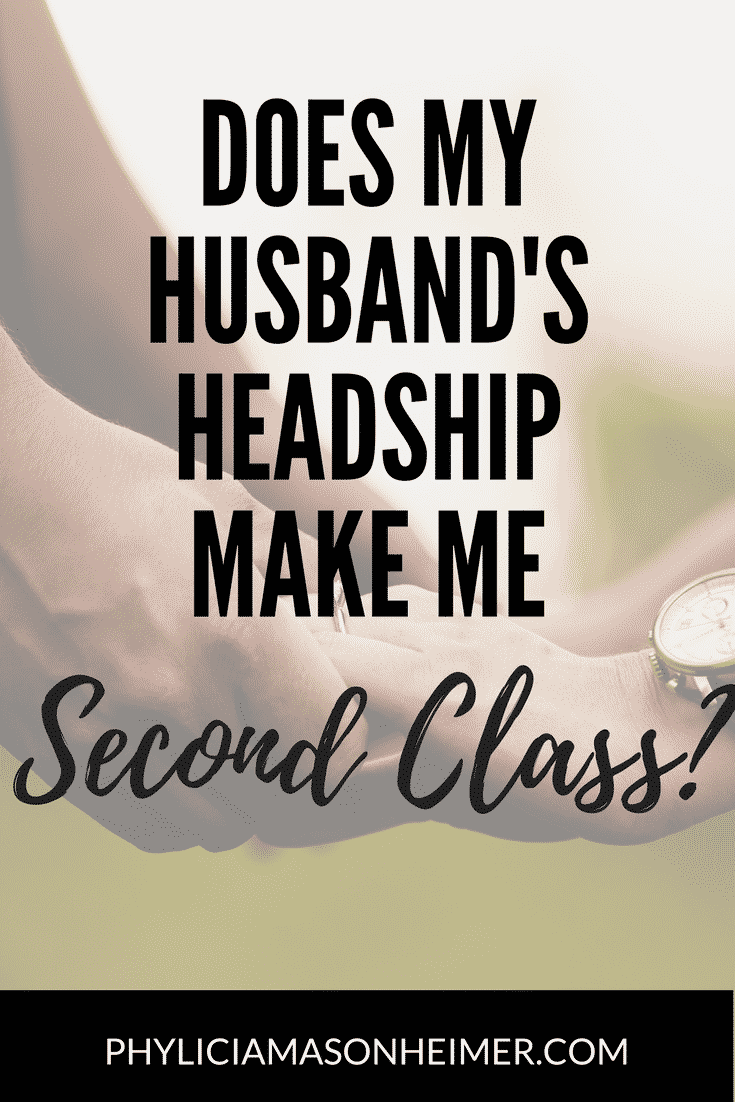 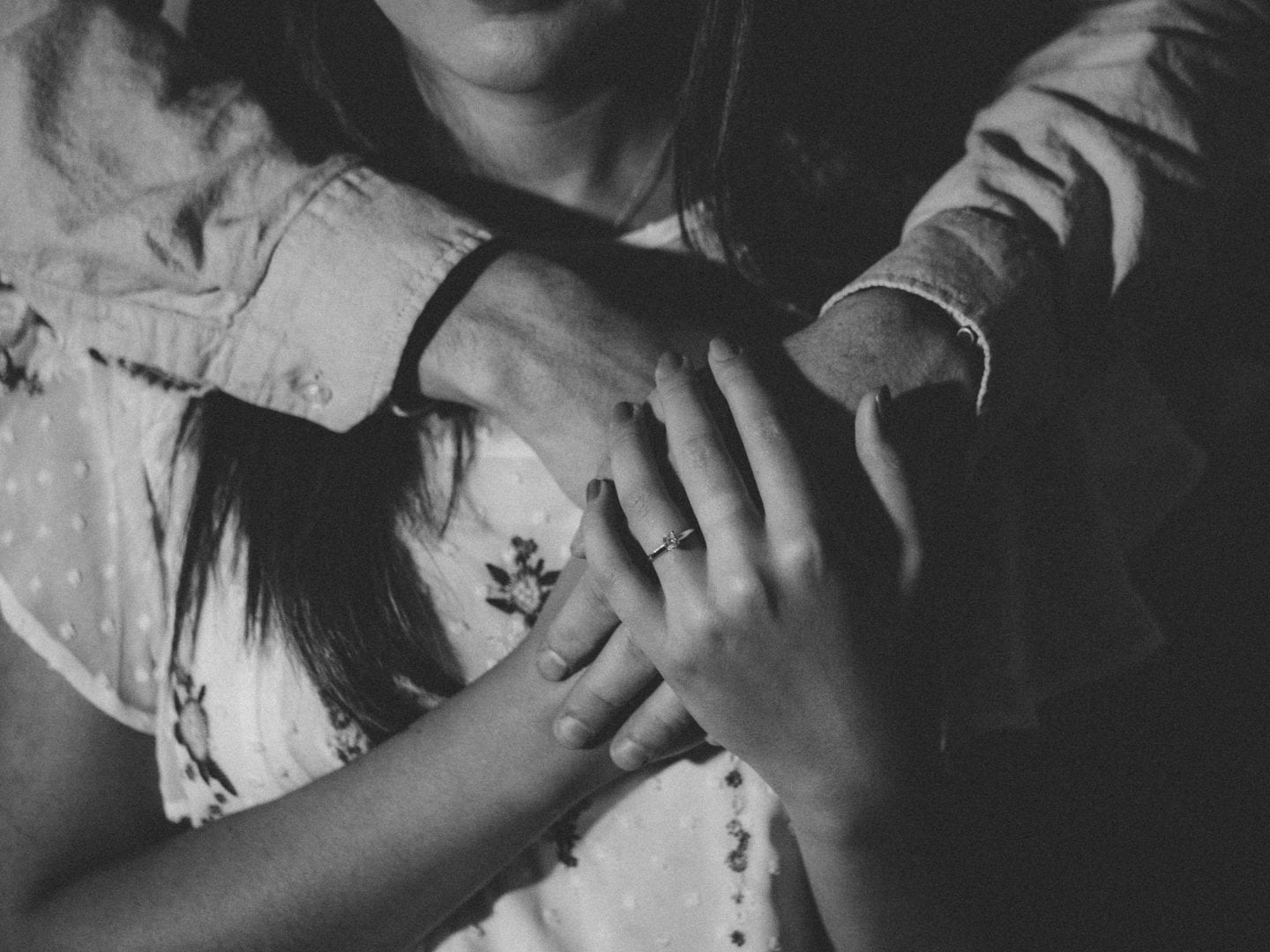 What does it mean for a man to be “head of the home”? Where does that even come from? Headship of husbands is a controversial issue. Headship is hotly debated in church and culture, often misunderstood, misinterpreted, and abused. But could headship be very different than what we’ve seen described thus far?

Before you get riled up at the very mention of this term, take time to read on. Biblical headship has been twisted, yes, but it’s worth taking time to see what the biblical authors – and God Himself – really meant when discussing this issue.

What Headship is Not

Headship is not power. It is not control. It is not preference, favoritism, or even special authority.

It is a responsibility given BY God TO man, creating an accountability relationship in which man answers to God for how he spiritually disciples his family. As I have pored over Scripture on this issue, I have searched for the best analogy to describe headship. The military captain doesn’t work, because this puts the wife in a rank “under” the husband, when we know they were created equal. The boss-employee analogy doesn’t work for the same reasons. What is headship if the man and wife are equal in the eyes of God?

I stumbled upon an analogy which, I think, serves this word well when I was studying a passage in Genesis. Throughout the Pentateuch (first five books of the Bible, Gen-Deut), we see many references to the firstborn son. Perhaps the most familiar account is Jacob and Esau’s, in which Esau sells his birth right to Jacob for a bowl of stew. To our western eyes, this doesn’t seem like a big deal. But it was an act of ENORMOUS disdain on Esau’s part – and evidence of his lack of responsibility.

The firstborn son’s birth right was not about power, control, or preference. It was about responsibility. The firstborn was “the first who opened the womb”, or the “firstfruits” of God’s blessing on a family (Ex. 13:2). His headship over the family after his father’s death was meant to protect their well-being and legacy. Esau and Jacob both enjoyed the wealth and abundance of their father, Isaac. But Esau had the heavy responsibility of family headship. He would be responsible to provide for widows and unmarried sisters, and to guard the estate entrusted to him (read more about Judaic birth right laws here).

Because Adam was firstborn of God’s creation, the original model of headship began right in the Garden (Genesis 2-3). We notice that though Eve initiated the Fall, it was Adam who was held accountable (Genesis 3:9-10, “The Lord God called to THE MAN”). We see this carried forward into the New Testament in Paul’s discussion of genders:

Some Christians take “head” to imply a sort of superiority (if not in term, then in how headship is lived out in marriages). But as I discussed in this post on submission, that’s not what the Greek word for “head” means in these passages. Further, Paul finishes up his discussion in 1 Cor. 11 with this clarification on the equality of genders:

In the Lord, however, woman is not independent of man, nor is man independent of woman. For just as woman came from man, so also man is born of woman. But everything comes from God. (1 Cor. 11:11-12)

Headship is NOT about power wielded over women, and any man who uses it as such is outside the will of God. Abuse exists – I’ve seen it with my own eyes. But just because someone abuses a truth doesn’t make it any less true. And no human relationship analogy for headship will ever be perfect. Marriage is a relationship unlike any other – parent/child, sibling, or friend. I think the “firstborn” analogy is persuasive, but it is not perfect, because marriage is unique. That’s why we need an objective example for headship; one from outside our human understanding.

The second way we can understand headship is through the example of Jesus. In 1 Corinthians 11:3 Paul states:

Because we cannot remove headship from Scripture without upsetting some major theological truths, it behooves us to better understand what headship IS. As someone who comes from a very conservative background and has seen headship abused, I believe this is an essential study for every believer.

Jesus submitted to the Father’s will, which was to make a way of salvation for us eternally:

“I do nothing on my own authority, but speak just as the Father taught me” (John 8:28)

But once this was accomplished, He returned to heaven in glory and full equality with the Father, “standing at His right hand… interceding for us” (Acts 7:55-57).

Jesus remains the head of the church and our Intercessor to God (Hebrews 7:25).

Last week I asked my bible study group for input on this. It’s a mix of married, engaged, and single people, from all different denominational backgrounds. It was pointed out to me that for headship to be abused, a man has to ignore the most poignant part of these passages: that Christ, the head of the church, had to die. While the church does submit to His headship, it was JESUS whose responsibility and sacrifice was the greatest.

So when men claim “headship” as a way to demean, discount, and subordinate women, they’re missing the entire point of these passages. The male call to headship is a call to sacrifice and responsibility. There is more sacrifice and servanthood involved in true, biblical headship than should ever be implied when discussing wifely submission. In no way can a woman be second-class with the biblical model of headship, because it is primarily a relationship between man and God – not man and wife.

I think these two arguments alone are pretty conclusive: Headship hasn’t passed away in modern Christian marriage, but it also doesn’t look the way most of us think it would. And it certainly doesn’t make women second-class to their husbands. All this said, we have to take a moment to acknowledge our own bias in this conversation. Most of my readers live in western cultures. We take any reference to “leadership” as a sign of power and control. But as I articulated in this post on submission, that is NOT what biblical headship/submission is about:

Our culture equates leadership with value: if you’re not in a leadership position, you don’t get the glory, the spotlight, or the applause. So when the Bible places man as the ‘head of the home’, our cultural predisposition lunges to battle. “Why should men get to be the leaders? Why should my husband be the head of the home, and not me? Where’s my glory, spotlight, applause and control?”

But when God designates a leader, He is assigning servanthood. This is evidenced clearly in the gospels through the very example Jesus set:

“If I then, your Lord and Teacher, have washed your feet, you also ought to wash one another’s feet. For I have given you an example, that you also should do just as I have done to you. Truly, truly, I say to you, a servant is not greater than his master, nor is a messenger greater than the one who sent him.” (John 13:14-16)

Before you get antsy when reading the biblical references to headship, check your cultural bias! Take a moment to read this post and study out the Greek words and culture for yourself. God is not an unkind or arbitrary God. He created women equal, and He holds men accountable for how they treat us. He would not create a relationship in which supposed equals are actually not.

When headship is abused, it is not because of God’s design. It is because of sinful man and the quest for power, control, and status, at the expense of the beautiful marriage relationship meant to proclaim the gospel.

*For further research: A few weeks ago my podcast cohost and I discussed the two views on Christian marriage, complementarianism and egalitarianism. In it we share why we take neither label, and why both views have significant problems. Listen to it here.

Okay, so we’ve grasped what headship is NOT and what it can be. But what does this look like day to day?

Every couple is different and so is every marital dynamic, so I’m not going to get prescriptive here. Rather, I’ll share a peek at how my husband and I work out our marriage, one which operates in a completely egalitarian sense while acknowledging the biblical headship model we believe is handed down by God.

I want to encourage single girls and young wives that headship is not going to demean your identity as a kingdom-driven woman. If you marry a Spirit led man, you have the Person you need involved in your marriage. A Christian husband will not always be a perfect leader (READ THIS POST) but if He has the Spirit, God CAN work in his heart.

If you’re in a difficult marriage or having a hard time working it out together, I highly recommend connecting to a thriving church body, weekly plugging into godly community, getting counseling (even if it’s “not so bad”), and praying hard for one another. This is my favorite book on praying for your marriage.

← Why Women's Issues Should Matter to Us A Few of My Favorite Things: March →
0
0
Your Cart
Your cart is emptyReturn to Shop
Continue Shopping