How the Bible Was Canonized: Torah 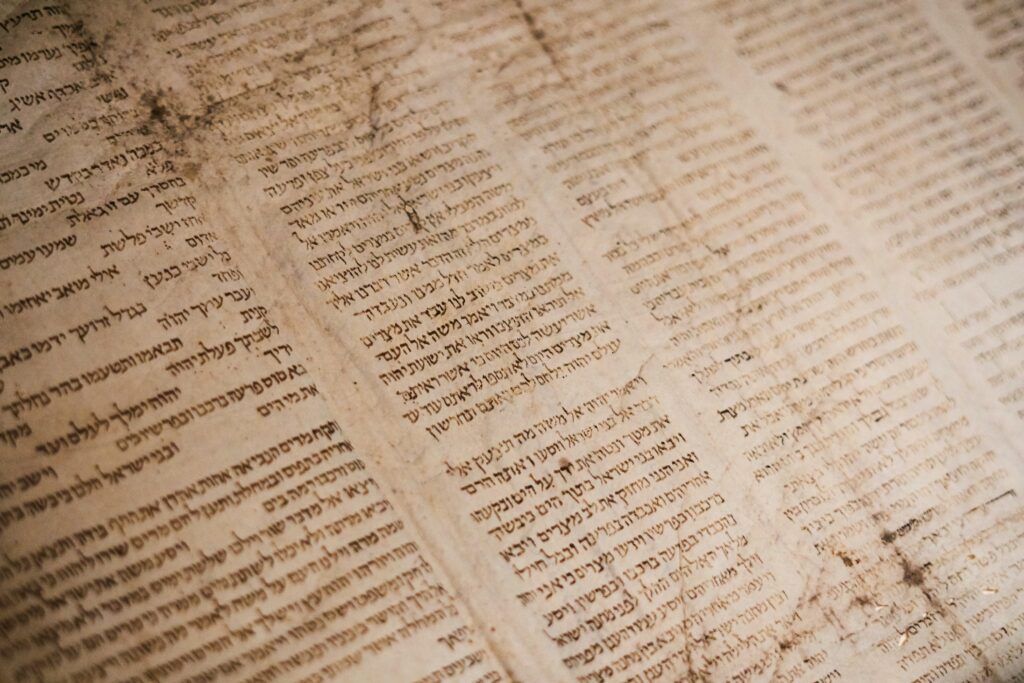 The authority of Scripture underlies every statement we make about Christianity. How do we know we can trust the Bible? Where did it come from, and how was it compiled?

This series answers ALL your questions about the compilation of Scripture from the beginning to the end! In this first episode on the canon of Torah, we discuss the first five books of the Old Testament (also called the Pentateuch), who authored them, and how they lay a foundation for the rest of the Bible.

The Torah – Genesis through Deuteronomy, a set of five books called “the Pentateuch” in Greek – is a vital piece of Scripture, not just to the Jews, but also for Christians. As we look at how the canon of Scripture was compiled, we need to consider where these first five books originated, who authored them, and what may have been their consolidation process.

There are a few theories on this. I’ll share the first two.

The first is the JEDP theory, founded by Julius Wellhausen. JEDP is held by many scholars and university theologians who tend toward a liberal interpretation of Scripture and its authority. JEDP is an abbreviation for four supposed texts which, when compiled over time, eventually became the Torah. These texts had all different origins and were compiled by Ezra as “canon” post-Babylonian exile.

Each “source” is progressively more recent. Scholars believe the Torah was compiled from four different authors and texts because the language and use of God’s name (Yahweh versus Elohim) indicates different authorship and even different date of writing. These source texts are completely hypothetical, and much of the conversation around their existence is used to support a non-literal, mythological approach to Torah teaching.

A few notes about this view. God has many names in Scripture, and authors may use specific names to reflect the character of God as expressed in the situation being recorded. Conservative scholars argue that different name usage does not necessarily reflect a different time period or author, but simply the author’s effort to depict God’s character.

The “priestly” source links (in theory) to Ezra and the final canonization of Torah as authoritative. Why does this matter? Because if – like Oren Tal, in a paper on the canonization of the pentateuch, argues – if Torah was not authoritative until the resettlement of Palestine after the Babylonian captivity (simply for “geopolitical” purposes) its spiritual implications and authority can only be a cultural figment from the fifth century BCE. Torah compilation for spiritual, particularly Messianic, purposes can be written off as the ignorance of ancient minds.

The second view, a quick answer by some evangelicals, is that Moses (the commonly understood author of Torah) simply received all the information for Gen-Deut from God, ala Joseph Smith and his golden tablets.

A third option takes into account both divine inspiration and historicity. Torah portrays an incredibly detailed knowledge of Egyptian culture, history, and landscape which is befitting of Moses’ background. It is also laced with genealogical records which give us a map for the authority of the account. Since eyewitnesses are so important to canonicity, it should intrigue us that these family lines show Seth (son of Adam) alive at the same time as Noah, and Shem (son of Noah) alive at the same time as Abram. If Noah possessed family records and preserved them, and Abraham gave everything he had to Isaac (Gen. 25:5) which may have included records of his own. In fact, the word for statutes in Gen. 26:5, used in reference to Abraham’s obedience, is a word for clay tablets written in stone, indicating Abraham was recording God’s directives for posterity.

Listen in iTunes or your favorite podcast app, or below.

← Racism and the Western Church How the Bible Was Canonized: The Prophets →
0
0
Your Cart
Your cart is emptyReturn to Shop
Continue Shopping