How to Avoid the Theological Pendulum 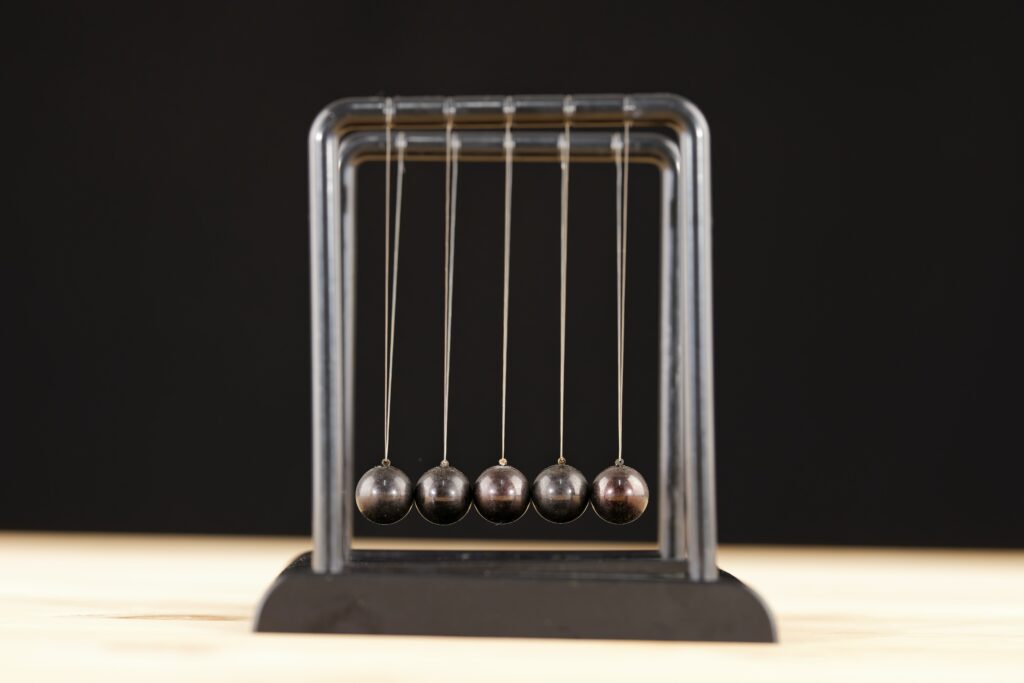 In my interdenominational work I frequently see a “theological pendulum swing”: a negative experience in one corner of Christendom driving believers into the opposite persuasion. Changing opinions are not a problem; they’re often a sign of maturity. The problem is when those Christians turn and shout at the corner in which they used to stand, believing that everyone who remains there is on the brink of deception.

I get a birds’ eye view of this spectacle. Calvinist Christians tell me why they left their riotous charismatic churches for the structure of Reformed doctrine. Charismatic Christians tell me why they left the rigid stubbornness of Calvinism for the celebration of Pentecostalism. Catholics tell me why they converted from Protestantism to the “one true Church”. Anglicans inform me that the Baptist view of liturgy is hollow and uninformed. Baptists vent to me over the deceit of their brethren on issues of infant baptism. Every one of them is speaking from experience and biblical study. And most of them are right on at least some of their points!

Contrary to popular belief, denominations (which just means “Christians of a different name”) are not a bad thing. Even within strong church hierarchies (such as the Roman Catholic and Orthodox churches) there is a variance of belief on issues unrelated to core doctrine. There has been diversity of thought and practice within the universal church since the very beginning – a quick study of church history, original documents, and church fathers will prove this true. But since many Christians don’t study church history and because early documents are, well, a little dry, many Christians ride the theological pendulum from one side to another – knocking their sisters over on the way.

Martin Luther King Jr. is credited with the saying, “Unity, not uniformity, must be our aim”. Martin was speaking to issues of racism but the concept applies just as much to the church today. We must unify around the unchanging, inspired Word of God on core doctrines of Christianity. And at the same time we must give grace for the differences and convictions of our fellow believers. Here’s how to do it.

Be Logical, Not Experiential

Logic is not the end-all, but it is a helpful way to filter through the raging opinions of our outraged world. Logic is intellectual reasoning used to determine the validity of an argument or issue. Illogical, fallacious arguments are all over social media, where most of us consume content and form our opinions about Christianity. One of the most common fallacies currently employed is the ad hominem fallacy (Latin for “to the man”). This fallacy uses personal attacks and defamation to invalidate someone’s work. It might look like this:

“Francis Chan was once on the same stage as Benny Hinn, so he’s a false teacher and I won’t read any of his work!”

Francis Chan’s theology has nothing to do with sharing a stage with Benny Hinn (he spoke at the same conference), and a quick look at his sermon there would give facts and information to confirm his orthodoxy. Ad hominem fallacies are lazy, fake arguments used to distract from the real issue.

Another logical fallacy is the straw man. This is when the person creates an effigy of the real issue, making the original problem way worse than it was to drive people away from their opponent’s stance. It might look like this:

“We all know what the Catholics did at the Reformation! The Catholic Church is corrupt. No Christian can be a Catholic, and you need to steer clear of everything they produce.”

In this situation the speaker is expanding the issue (perhaps a discussion of Catholic resources) and misrepresenting a group of people to prove their argument. You can disagree with Catholic theology without saying “no Catholics are Christians”.

Another logical fallacy is the false dilemma. This is when the speaker only offers two options, or limited options, as if that is all we have. For example:

“You can either be a biblical Christian or baptize infants. There is no in between.”

Reality is, there are at least four views of how baptism works because it is a second tier theological issue. The Bible commands us to baptize –  that’s what we unite around, not the process of how to do it (though it’s important to know where we stand!).

Again: Logic is not the Bible. Some Christians actually elevate logic ABOVE the Bible and mock other believers for lacking logical thought. Mockery is never acceptable for Christians, especially toward ‘the household of faith” (Gal. 6:10). At the same time, we should pay attention to the arguments we employ and not make theological decisions based only upon experience and emotion. God has compassion on our experiences and created us with emotion. But He also gave us wise and thoughtful minds. Discerning theologically requires us to synthesize all of these to make wise decisions about our faith.

If you take nothing else away from this section, let it be this: It is very easy to react against our negative experiences in denominations and church traditions, assuming that ALL people have the same experience. But they don’t. Focus on the real issues underlying those experiences and the theological reasons for your departure from that tradition. It’s okay to be honest about your experience; it’s not okay to demonize those still within that persuasion.

Be Biblical, Not Reactionary

There is a biblical way to react to our experiences within the church. When our negative experiences happen within a personal relationship, Jesus gives us steps for reconciliation:

Matthew 18:15-17 (ESV) “If your brother sins against you, go and tell him his fault, between you and him alone. If he listens to you, you have gained your brother. But if he does not listen, take one or two others along with you, that every charge may be established by the evidence of two or three witnesses. If he refuses to listen to them, tell it to the church. And if he refuses to listen even to the church, let him be to you as a Gentile and a tax collector.

This is the process for dealing with offense between brothers in a church body. This is much harder when you’re departing from a tradition/church as a whole.  There will inevitably be people who are offended by your departure, but if this is what God is calling you to do – their opinion must be navigated with grace, not people- pleasing.

So how do we change opinions without being reactionary? James 1:5 says:

If any of you lacks wisdom, you should ask God, who gives generously to all without finding fault, and it will be given to you.

Ask for wisdom. Talk to people who hold different persuasions on the concept you’re wrestling with. Attend churches with different views, even for one Sunday. Read books by people who have varied thought processes. Through all of this – this is important! – know the core doctrines and root yourself in community that holds to orthodoxy. This includes the deity of Christ, the Trinity, the atonement (though there are varied views on how it functions), resurrection, remission of sins, and the call to holy living (abstention from sexual sin, idolatry, and disrespect toward human life).

It is SO EASY to react to our negative experiences, create a straw man of our old church/tradition, and become entirely ungracious to those remaining in that tradition. We can become crusaders against everything we once believed, not discerning enough to recognize what was actually unhealthy and what is still within the realm of Christian freedom. This difference is vital for unity in the church.

Be Gracious, Not Grumpy

Through this process of discernment, the “oil on the gears” is grace. God’s grace is upon us, those who met Him in our sin, and His grace is upon our brothers and sisters in other traditions. His grace is available for all those who call upon HIs name! We would do well to remember that fellow Christians are as loved by Him as we are, and that God expects us to treat them with honor and respect. No theological issue dissolves our duty to grace. We are not God’s defense committee or His theological guard dogs; He is His own defense.

We are most “grumpy” theological when we think too highly of ourselves and our newfound knowledge. To avoid the theological pendulum, we need humility. And humility only comes through repeated exposure to the heart of Jesus.

It’s not easy. We all get passionate about the things we’ve learned in this walk of faith. But He gives us grace to be gracious, if we’ll set aside our pride, choose unity – not uniformity – and discern wisely through the doctrines of the faith.