How to Honor Legalistic Parents 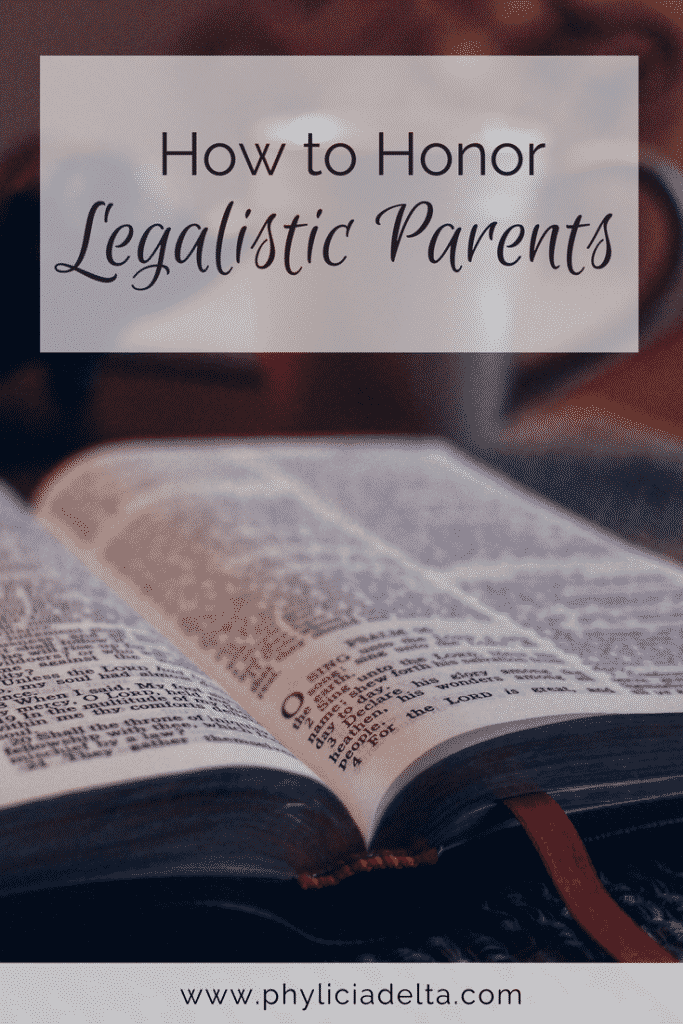 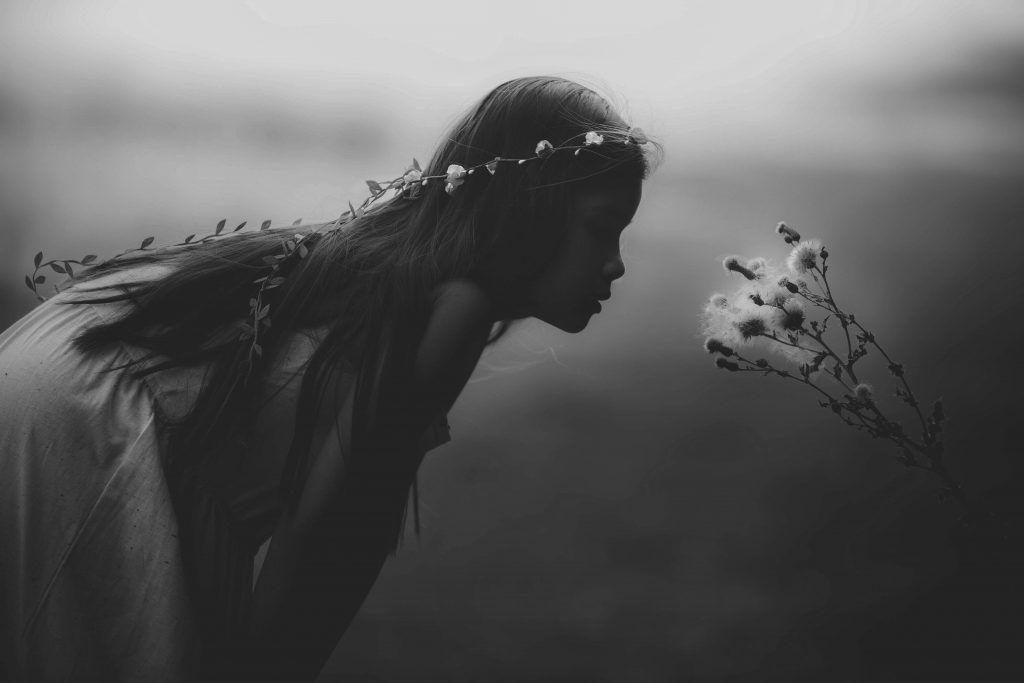 I’ve watched that adage prove true many times. I’ve seen the shock of parents when homeschooling, modesty, and virginity didn’t save their children. My heart has ached for young people – my peers – who threw away grace because they thought knowing God was “just a bunch of rules”.

Legalistic parenting is common not because parents hold ill-will toward their children, but because legalism is the easy route. It’s much easier to follow rules than to walk daily in faith, and it’s much easier to parent based on fear and control than complete trust in Jesus Christ. But the children of legalistic parents are caught between a rock and a hard place; the Bible tells us to “honor your Father and Mother” (Ex. 20:12) and for “children to obey their parents” (Eph. 6:1). But at what point is a child no longer bound to the dictates of her parents? Is it possible to honor a legalistic parent, but not obey their demands?

As I studied for this post, I realized there are many directions this subject could go. I settled on an approach consistent with the grace-and-truth balance Christ exemplifies – a balance I try hard to integrate into every post on my blog.

Recognize the Difference Between Honor and Obedience

In the Old Testament, the word for “obey” is shama: to hear or heed. It comes from the root quol, which means sound or voice. This is the word used in passages like Exodus 21:18-19:

“If any man has a stubborn and rebellious son who will not obey his father or his mother, and when they chastise him, he will not even listen to them, then his father and mother shall seize him, and bring him out to the elders of his city at the gateway of his hometown…”

In the New Testament, the Greek word for “obey” is hupakouo: to listen or attend to someone’s words. This is the word used in the well-known verse, Ephesians 6:1:

“Children, obey your parents in the Lord, for this is right.”

But the word “honor” carries a different connotation. In the Old Testament, the Hebrew word for “honor” is kabad: to be heavy, weighty, or burdensome; to attribute value or worth. To honor a person is to recognize the weight of their value; to treat them according to their worth.

In the New Testament, “honor” is timao: to fix the value, or to price. Similarly to the Hebrew word from which it was translated (at least in Ephesians 6:2, a direct quote from Deuteronomy) honor indicates active attribution of value and worth.

This word study reveals that obedience and honor are not the same, but they are interconnected. Willing obedience is always the product of an honorable and humble heart, as exemplified by Jesus’ submission to His Father (John 20:21). Yet it is possible to obey without an honorable heart, and it is also possible to honor our parents without obeying them – the latter becoming our responsibility once we reach adulthood.

But the pivotal word in these passages is not honor or obedience but children. In both the Old and New Testaments, the word “children” designates a person not yet “of age”, living in willing dependence upon her parents. Further research revealed that “of age”, in Jewish, Greek, and Roman culture was deemed complete at the approximate age of 18 (with the exception of Judaic religious maturity, for boys at thirteen and girls at age twelve). Young Roman men were often drafted into the military for two years after their 18th birthday. Greek and Roman boys became citizens of the state, and men and women in all cultures were able to marry at age 18, often younger.

In legalistic cultures, honor and obedience are often treated as one entity. If a child does not agree with her parents’ perspective on an issue, she is labeled “dishonorable”, cited the consequences of such behavior, and controlled by the letter of the law. What parents are missing is that it is possible for a adult child to respectfully disagree with her parents and still maintain an attitude of honor. Disagreement over principle is not mutually exclusive with a child’s recognition of her parents’ value and worth.

When a child reaches adulthood (based on context, the age of 18) and is no longer “living in willing dependence” upon her parents, her responsibility to obey becomes a responsibility to honor. This transfer to independent behavior is the entire purpose of parenthood.

Understand the Purpose of Parenthood

Parents who seek to control their children through rules – for some this entails being forbidden from working outside the home, attending college, or talking to members of the opposite sex – have missed the point of God’s directives to parents and children. God doesn’t expect obedience for the sake of obedience. God’s law is perfect, and obedience to it is designed to keep us in a perfectly loving relationship with Him.

The point of parenthood is not to raise fear-driven rule followers. The point is to raise up free-thinking adults who choose God’s way of their own accord. This cannot be accomplished through the use of fear and control. God has directed parents to “train up a child in the way he should go”. This indicates the child must at some point be released to go that “way”.

This is particularly difficult regarding daughters. Many fundamentalist churches believe that a daughter should not leave the home – for work, college, or missions – until she is married. This view comes from an interpretation of Paul’s discussion of marital roles and submission. But as with all of God’s directives, we need to look at the spirit of the law. God’s design for marriage does not entail a transfer of totalitarian authority, because that’s not what marital submission is about. Marriage is meant to be an equal partnership between two Christ-focused adults; equal in status, distinct in role. The protection and authority of a father is not removed just because his daughter no longer lives at home. The daughter who embraces her responsibility to honor will embrace her father’s responsibility to protect regardless of where she lives. (I’ll share how that plays out practically at the end of this post)

This does not mean rebellion is ever justified. God knows the motives of the heart, and we have the responsibility to check our motives against the spirit of His Word. But the family structure designed by God is a design of freedom. It is designed to equip children to become free thinking, Christ-following adults – not fear-driven rule followers.

Embrace God’s Goal for His Families

When we look at the big picture of God’s commands His motives are clear: The family structure is designed to provide security, peace, and fulfillment when pursued with an attitude of love. When we attempt to pursue the benefits of God’s design without God’s grace, our families center around rules instead of around Christ. Fear and pride become the motives to obedience when obedience – to God and to parents – is not to be done simply for obedience’s sake, but out of gratitude for grace:

“When your son asks you in time to come, saying, ‘What do the testimonies and the statutes and the judgments mean which the LORD our God commanded you?’ then you shall say to your son, ‘We were slaves to Pharaoh in Egypt, and the LORD brought us from Egypt with a mighty hand. ‘Moreover, the LORD showed great and distressing signs and wonders before our eyes against Egypt, Pharaoh and all his household; He brought us out from there in order to bring us in, to give us the land which He had sworn to our fathers.’ [because of all He did for us] the LORD commanded us to observe all these statutes, to fear the LORD our God for our good always and for our survival, as it is today. “It will be righteousness for us if we are careful to observe all this commandment before the LORD our God, just as He commanded us.” (Exodus 6:20-25)

No matter how unreasonable the parent, rebellion is never justified. We answer for the motives of our own hearts regardless of who provokes them. It is unadvisable to move away from your parents simply because you “can’t stand it anymore”. Address your motives and open your heart to the Lord, who will expose the desires therein.

Have Compassion on Your Parents

Control is almost always fear-driven. Many of the parents that make up the fundamentalist movements and sects of Christianity come from backgrounds that are exactly the opposite. Desiring better for their children, they think that rules and control will protect them from making the poor choices of their own youth. In order to have a fruitful conversation with your parents about the freedom you should have as their adult child, you must approach them with compassion and understanding. Most parents control because they deeply care.

If every discussion with your parents descends into an emotional fistfight, they will not see you as the adult that you are. In order to express your desire to be trusted with your own decision making, you must evidence the kind of maturity that deserves it. Do not get defensive. Do not take things personally. Write a letter if you must, in order to refrain from reactionary responses.

Is it Time to Move Out?

Just because you’ve turned 18 doesn’t mean it’s time to walk out the door. I didn’t head to college until I was 19; I spent my 18th year working full time and attending classes online. However, I have received many emails from girls aged 24, 28, and even into their 30s who are still at home with little freedom to pursue work, studies, or even the future spouse who is their only hope of moving out of their parents’ home. In these situations, the difference between “obedience” and “honor” becomes intensely applicable. Your parents may say you are not honoring them by choosing to move out, but from a biblical standpoint, that is not true. An adult child can be respectful and honorable, but is no longer bound to their parents’ absolute authority.

How Does My Dad Protect Me?

I moved to Virginia when I was 19, returned for a year at almost 21, and moved back to VA to work full time for Liberty University at age 22. My move was not impulsive. My parents were involved and aware, helping me locate safe, affordable housing, quality roommates, and a dependable car. My dad’s authority and protection may not have been physically present (I was 800 miles away), but he was relationally present. I involved him in my decisions, asked for advice, and all my boyfriends had to call him before we made things official. My 24-year-old sister made a similar move last year when she took a job at Answers in Genesis. My third, 21- year-old sister lives at home but works full time as a realtor, checking in with our parents but not dictated by them.

Our dad and mom protect us through their spiritual, emotional, and relational presence even from miles away. We honor them as their adult children, and they treat us with mutual respect. But our duty is not to obey them like we did in elementary school, and they don’t expect that from us. They treat us as the adults they equipped us to become, and I am ever grateful for that.

I understand that this issue is complicated depending on the family from which you come, but I hope it grants insight into a controversial and difficult issue which many Christian young women face.

← The Problem With "Hate the Sin, Love the Sinner" My Marriage Will Always Come Before My Kids →
0
0
Your Cart
Your cart is emptyReturn to Shop
Continue Shopping