5 Things My First Year of Marriage Taught Me About Myself 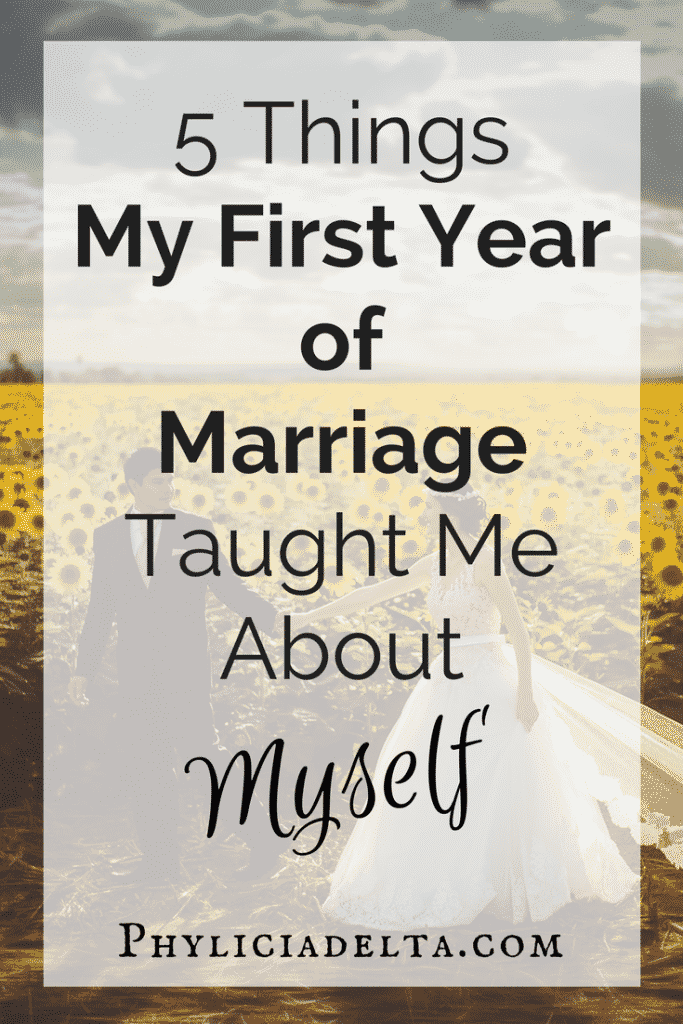 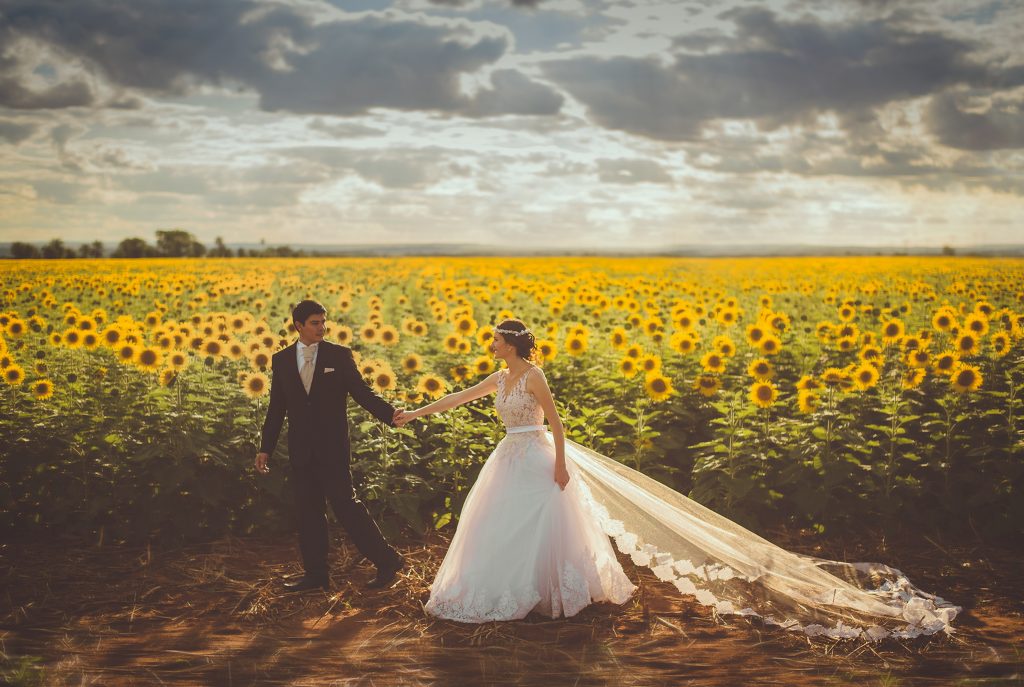 “If you have to work at it, you’re not supposed to be in the relationship.” That was the marriage advice I received from an unbelieving friend a few years back. I remember blinking at him in disbelief.

“But… isn’t marriage going to require you to work at the relationship?”

My friend shook his head grimly. “It should just happen naturally.”

Even in my naive, 20 year old mind, that didn’t make sense.

A few years later I was engaged and everyone was talking about marriage like I was headed on an elven ship to the White Shores.

And while these things are true, they aren’t true simply because I married a godly man. They’re true because we work at it. And frankly, marriage isn’t always ‘great’ and ‘beautiful’ and ‘wonderful’.

Hey, I’m going to be real with you. Don’t assume my marriage is on the rocks because I say it isn’t all roses and butterflies – there are beautiful moments, wonderful parts, and great days together. But marriage is work, and when girls write me saying they desire it, I present it how I’ve experienced it: as a fairy tale only as beautiful as the two pens that write it.

And those pens have some very inherent flaws.

Marriage reveals just how selfish you really are, a painful realization on your own time, and twice as nice when there’s someone else observing your utter self-absorption. Marriage sanctifies. It shows you things about yourself you didn’t know were there – things that aren’t always pretty. In my own first year of marriage, I learned the following five things that were hard to swallow.

For premarital counseling we took a couple’s personality test. One of the questions asked:

What defines love to you?

Therefore, confess your sins to one another, and pray for one another so that you may be healed. The effective prayer of a righteous man can accomplish much. (James 5:16)

I learned over the course of the past year that my inability to apologize did absolutely nothing for my marriage. Though our conflicts resolved quickly (never lasting more than a day), the same issues resurfaced over and over again.
But I’m not wrong. I’m not accepting responsibility for something I didn’t do.
But I had to ask myself: what is this doing for me, really? What’s the worst that could happen if I apologized for something for which I wasn’t fully responsible?
I’d have to swallow my pride… which really is the worst.

2. I hate the taste of pride when I swallow it.

Pride is in opposition to God, and as such it is the enemy of a godly marriage.

Everyone who is arrogant in heart is an abomination to the Lord; be assured, he will not go unpunished. (Prov. 16:5)

One’s pride will bring him low, but he who is lowly in spirit will obtain honor. (Prov. 29:23)

Pride goes before destruction, and a haughty spirit before a fall. (Prov. 16:18)

My apology-siege served no purpose but to prove my own righteousness in the face of – not an enemy – but the one who loves me best. Ridiculous? Not when you’re on a pride mission!

I realized, in many a stew-session after one of these episodes, that I would rather be right than reconcile to my husband.

Other women might not struggle like this, but as a Type-A independent I am naturally content with my pride – rather than my husband – as a companion. I have no problem being alone and no natural motive to pursue reconciliation when I feel I am in the right.

But no matter what I feel, my covenant requires me to reconcile. Pride slices down the middle of our unity and forces us on the defensive. We are no longer acting as ‘one’, but acting as two – two in opposition to each other. In those moments I can choose: be right and disunified; or swallow my pride, set aside the ‘rightness’ and grasp the bigger issue at hand.

Because there is almost always a bigger issue.

3. I am a great multitasker… except when it comes to listening.

But there is one thing I cannot multitask: listening – while doing anything else.

I’ve started shutting off my phone at night and on weekends, but before it came to that I was the queen of distraction (still sort of am). Mr. M could be talking to me but if I was answering an email or reading on my phone – I didn’t hear a word.

“When you do that, it makes me feel as if you don’t value what I have to say.” He stated after many {months} of this.

This was an important statement because I often ask Mr. M to articulate his opinions. He is one of those sweet souls who is ‘happy as long as I’m with you’ – but I want to know what he really likes, what he really wants to do.

But how will I know if I don’t listen?

Know this, my beloved brothers: let every person be quick to hear, slow to speak, slow to anger… (James 1:19)

Be quick to hear – James says. I’m quick to hear if it means I can quickly offer my opinion forthwith. I already knew I was a bad listener – marriage just proved the point.

If one gives an answer before he hears, it is his folly and shame. (Proverbs 18:13)

What a shame when I fail to listen. What a loss! Choosing to listen is how I can know my husband’s heart, desires, goals, dreams, and opinions – the ones I beg him to articulate.

There is nothing more frustrating to me than someone who wants others to guess why they are upset. I would rather be thrown in a room and hash it out full throttle than deal with a silent guilt trip for days on end.

I don’t know if it’s being the oldest of six children or if I was born with a brain problem (greater than the obvious), but I like to fight. I like to hash it out. I like confrontation, when people are honest about what they think and what they actually feel.

But Mr. M doesn’t like this kind of full-throttle argumentation. It doesn’t persuade him to share ‘what he thinks’ and ‘what he feels’. It pushes him away. While it makes sense to me – why not just get it all out in the open, loud, overtalking, Duran family style? – it doesn’t make sense to him.

So I had to change my approach.

Let all bitterness and wrath and anger and clamor and slander be put away from you, along with all malice. Be kind to one another, tenderhearted, forgiving one another, as God in Christ forgave you. (Eph. 4:31-32)

Clamor. It brings to mind a gong being perpetually rung – me, banging on my agenda with the ardor of a high school boy who just made the drum line.

You’ll fight in marriage. You will. It might look different than my gesturing and shouting, but you’ll argue in your own way. And what you may find, like I did, is that ‘your way’ is not an effective persuasion. I had to ask myself: am I fighting right now because I like to fight, or am I actually seeking reconciliation? That is the game changer. God in Christ forgave me; am I then willing to be kind, tenderhearted, and forgiving in this moment, when I feel wronged and I want to be right, when I want to put my dukes up and forget this whole ‘unity’ thing for the sake of an adrenaline rush of self-righteousness?

After one recurring argument pushed us over the edge of frustration, I told Josh: “I need you to write me a job description. I need to know what you expect from me as a wife, what your priorities are – where to focus my energies.” In the wake of that day, we both wrote ‘job descriptions’ for the other.

On my list, I wrote: “I appreciate that you tell me you love me every day, but more than that, I need to hear that I am enough – as a woman, and as your wife.” I wrestled with this idea all year. I wrestled with insecurity and inadequacy, assuaging my feelings by comparing myself to other wives and women. That, of course, served only to intensify my sense of falling short.

Maybe if I do more, I told myself. Maybe if I spin ALL the plates, do ALL the things, be the cook and the volunteer and the full timer and the church lady and the femme fatale – maybe if I do it ALL I’ll be better… Or at least feel like I’m enough.

But there will always be that wife who is the better cook.

There will be the girl my age who has the baby I wanted, the one I lost before I knew it was there.

There will be the woman who can give more hours to the League or to the church, the one who does better work than I do, the one who has more degrees, more blog followers, more anything and everything. And if I keep comparing myself to them, I won’t ever be enough.

Truth is, I don’t know what ‘enough’ is. What is enough for one woman is different for another. I want to fulfill my husband and make his dreams come true; but I was writing my own job description, and it was one I couldn’t fulfill. My standards for myself were higher than my husband’s standards for me.

So I asked him to tell me I am enough. Does it solve the internal striving to be and achieve? No; that’s something between me and God. And I won’t ever stop being an achiever and a do-er. But when I lay beside him at night and hear his voice in my ear telling me, “I love you… and you are enough.”

I don’t feel the burden pressing me to prove anymore.