“Just a Mom” Is More Than Enough 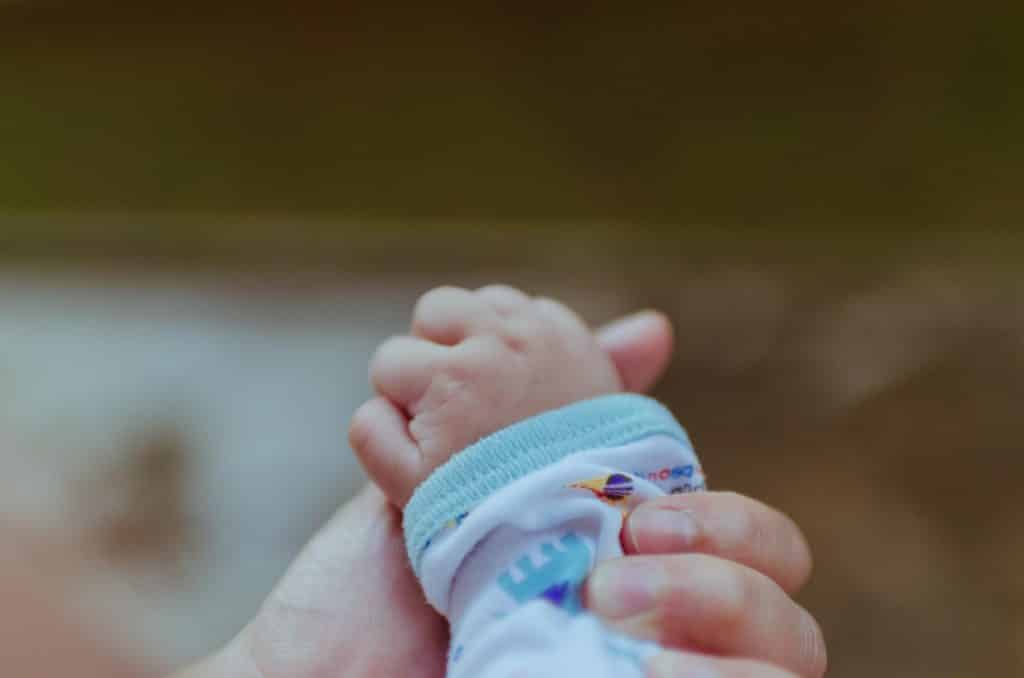 “I just had the most amazing realization!” I barreled downstairs and nearly into Josh, who was sitting at the computer sorting bills.

“Yes. Remember when we were little, and we’d get sent to bed and hear our parents murmuring in the kitchen, talking about all the interesting stuff we didn’t get to hear?”

“WELL. Now we are the parents! We get to have secrets in the kitchen! We get to send the kids to bed and deprive them of the interesting news! I’m the mom now!”

“That didn’t dawn on you when you birthed a child ten weeks ago?”

“Not in its entirety. But now it has. I am the mom. I get to have secrets. I get to say, “It’s past your bedtime” and “What are you doing up?” and “It’s none of your business” and when they ask what’s for dinner, I get to answer “Food”.”

Josh blinked. “You have baggage.”

I like to think of it as Mom Power. Because I’m a mom.

I still have to pinch myself some days, that reminder I’m the mom. I have to put myself back in my sixteen year old mind, where twenty-five year old women with babies were as foreign as flying monkeys. From that vantage point I truly realize what I have become. I am no longer a teen, a single, a newlywed, a career woman: I am a mom.

During pregnancy, however, I really struggled with that concept. As maternity leave and my pending resignation drew closer by the day, I cried tears over what I perceived an insurmountable loss. I hated myself for thinking that way, but the feelings were real. It was like a pre-partum depression meets Victorian era mourning ritual all rolled into one. I wore black every day. (Okay, so maybe I just thought black was really slimming. I was nine months pregnant. I needed all the slim I could get.)

I remember a Skype call with my friend and fellow blogger Lisa, a mother of three.

“I just feel like without my job, I have no identity.” I confessed. “Like when people ask me what I do, saying, “I’m a mom” isn’t enough… there has to be more.”

“I completely understand.” She replied. “I think a lot of women struggle with that shift in their identity.”

Shift is right. That ninth month I felt seismic shift in identity (or was it hormones?). The plates of life were crunching together like a San Francisco earthquake and I was reeling around on the surface, asking Kierkkegaardian questions like, “What is life?” and “What is the purpose of existence?” and “WHO ALLOWED ME TO BECOME A MOM?!”

So in classic over-reaction mode, I told Josh exactly what I was not going to become.

“A new mom who constantly posts pictures of her baby to Facebook, as if that’s all she ever does anymore, stare at her baby.”

“I’m never going to be a Netflix mom.”

“A mom who watches TV shows all day in yoga pants and says “Great moms have sticky floors and happy kids.”

“You would never have sticky floors.”

“Yeah, because I won’t watch Netflix all day.”

Ten weeks later I’ve alienated all my male and college-age Facebook friends with videos of my ADORABLE SO CUTE CHUBBYMUFFIN baby and watched two seasons of Last Man Standing – in yoga pants.

I comfort myself with the fact I do not have sticky floors.

“I thought you said you weren’t going to watch Netflix all day?” Said Josh, treading dangerously near a marital landmine.

“I’m not watching Netflix all day,” I snarled. “I’m watching it all night. While I nurse.”

During pregnancy, I had this (very irrational) fear that Facebook photos and Netflix queues were all I’d have to show for giving up my career. It was no longer, “When I was in Dallas last week…” but, “When my baby puked down my shirt this morning…” which somehow didn’t have the same melodic ring to it. I was terrified of feeling aimless. I dreaded monotony. But I was petrified that I would be so discontent with my new stage that it would translate to my parenting: that my little girl would grow up an impediment to the life mom wanted but never had. And that – Adeline as Plan B – that broke my heart.

But being “just a mom” isn’t a Plan B type of calling. It’s Plan A, all the way.

Those first few weeks were rough. Really rough. It took two kids off my original quota. But I realized that, as trite as it sounds, mommyhood is a full time job, and I could treat it as such.

As I embraced this idea, the productivity studies I did for work reemerged. I made to-do lists in 90 minute increments. I scheduled my days the way I had when they were made up of meetings and webinars. Suddenly the baby was no longer a seismic shift of identity but a new and fulfilling work. Nursing became my meeting time with that little face; during naptime I’d get in my shower, work out, cleaning, or writing, the same way I’d managed my time in the workforce. She required the same flexibility, the same ethic, the same patience. She was not an interruption to my life, but the new meaning within it. She became my work.

Read this post to learn how to create a daily routine and see how I schedule my day as a work from home mom!

C.S. Lewis put it best when he said, “Children are not a distraction from more important work. They are the most important work.” That’s not the kind of work you preface with a “just”.

We don’t qualify our jobs by demeaning them. We don’t say, “I’m just an engineer” or “I’m just a recruiter” or “I’m just a hairstylist”. We’re taught to take healthy pride in our skills and accomplishments, to embrace and celebrate what we offer to our communities. Yet so often this world is an unsafe place for the family, where the longest hours are put in and the most patience is required, all for the compensation of a sleepy smile, little steps, and first words. So we cloak our motherhood with disclaimers and admit we are “just moms”.

Yes, our babies fill up the Facebook feed. And at 1 AM, we’re watching Netflix so we don’t fall asleep in the glider and look like Quasimodo in the morning. But we aren’t on Facebook or Netflix all day: we’re doing a good work. It’s a work that’s always on call physically, emotionally, and spiritually. It’s a work that requires utmost patience and selflessness. It’s a work that has lasting influence on society because our legacy is in the hands we hold and the hearts we disciple. And best of all, it’s a work that doesn’t just change our little worlds – it changes us.

Yes, my identity has changed and shifted. I have new priorities and schedules. But I’m not “just a mom”.

I’m a nurturer, a teacher, a chef, a discipler, an owie-kisser. I’m a wife, a friend, a sister, a daughter, and yes – a mother.

And that is more than enough – for me and for you.