Marry the Man Who Stays 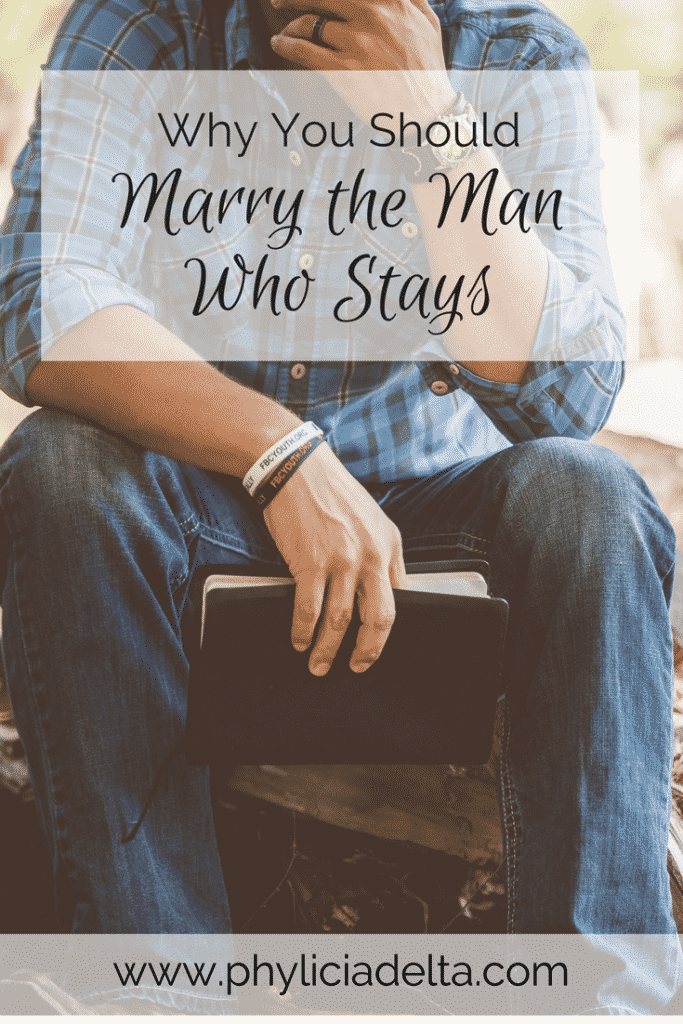 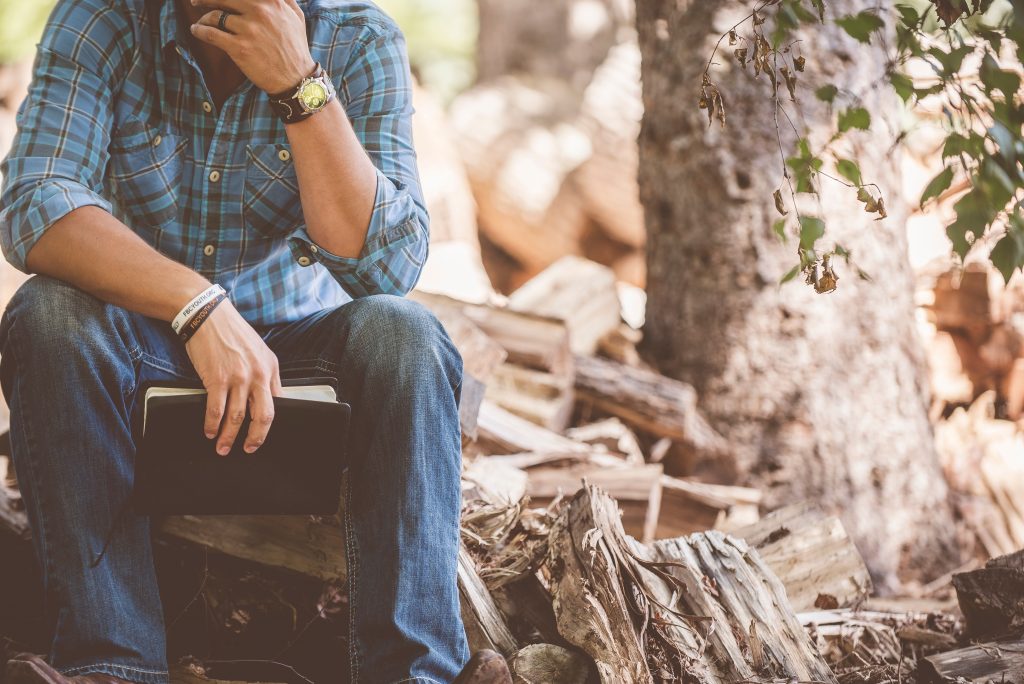 In five years it won’t matter if he was cute.

It won’t matter if he was well-dressed, if he said all the right words, if he was funny or trendy or cool.

The pictures won’t matter. The “likes”, the status, the #relationshipgoals achieved – they’ll just be ripples on the surface of a newfound depth.

There is so much relationship advice out there and I’m just one voice among millions, but if I could tell you one thing, dear girl, it’s this:

marry the man who stays.

Anybody can tell you you’re pretty in yoga pants and a messy bun. You need the rarer kind; the kind who sticks through the messy of your soul.

He’s often overlooked, this man. You won’t find a microphone in his hand or a stage beneath his feet. He may not lead the Bible study or share profound insights into the Word. Instead, his hands do the work unnoticed, and he stands quietly in the background. He leads by serving. But he lives profoundly.

If you move too fast you might miss him. If you’re captivated by the spotlight you won’t see him in the shadows. If you’re looking for a “type” you might never notice he is there.

We’re trained to look for the movers and shakers, the leaders and the loud. We think spiritual leadership means holding the microphone – but it’s more about holding the fort. The man who stands on principle isn’t en route to anywhere else; he’s neither moving nor shaking. He simply stays.

We think of faithfulness as something practiced once we’re married, but it doesn’t just happen when the rings slip on our hands. It’s a discipline of the heart that begins early. It’s the choice to stick with it when things get tough, when you’re overlooked, when your work is ignored and you’re left standing there. It’s choosing to stay when you have every reason to leave.

The man who stays faithful when no one is looking – in his job, in his ministry, in his life – is the man who stays with you when marriage gets hard. This man doesn’t run from a fight, not so he can win it – but so he can win back your trust. He stays to the end because he values a happy ending. His glory isn’t in applause and popularity but in the quiet assurance of his faithful love.

He’s the man who chooses love when love means being patient and kind – when you deserve neither patience nor kindness.

He loves because Christ first loved him.

Paul warned against being “unequally yoked with unbelievers”, an admonition many Christian girls question in the throes of attraction. But if there ever was reason to follow Paul’s command, it is in the necessity of faithfulness. Many a man can say he loves you. Many can win and woo with words. And even more can persuade you that faith is of little consequence; that love can make up the difference.

But love and faith are one and the same. They cannot exist apart from one another.

Your faithful love, O Lord, extends to the heavens. (Psalm 36:5)

Staying love isn’t built on emotion. Sometimes it simply exists. But deep beneath its quiet existence burns an unquenchable fire fueled by faithfulness. As we choose love in unlovely moments the fire burns brighter and hotter. The heat of it warms the heart that could otherwise grow cold. Lasting love is built on the staying power of faithfulness.

It seems too simple, choosing to stay. It looks easy, but it’s so incredibly hard. Faithfulness is the very essence of God Himself, who strives with the sinner and stays with the broken even when it hurts. Even when it costs Him everything.

So marry the man whose love is like God’s: faithful, eternal, and steadfast. This kind of love sticks through the hardest moments and buoys you through every  storm. It’s a slow love, mundane in its dailyness. But it’s the kind of love you wake up to every morning because you can trust that it will still be there.