Hope for the Not-So-Good Girl 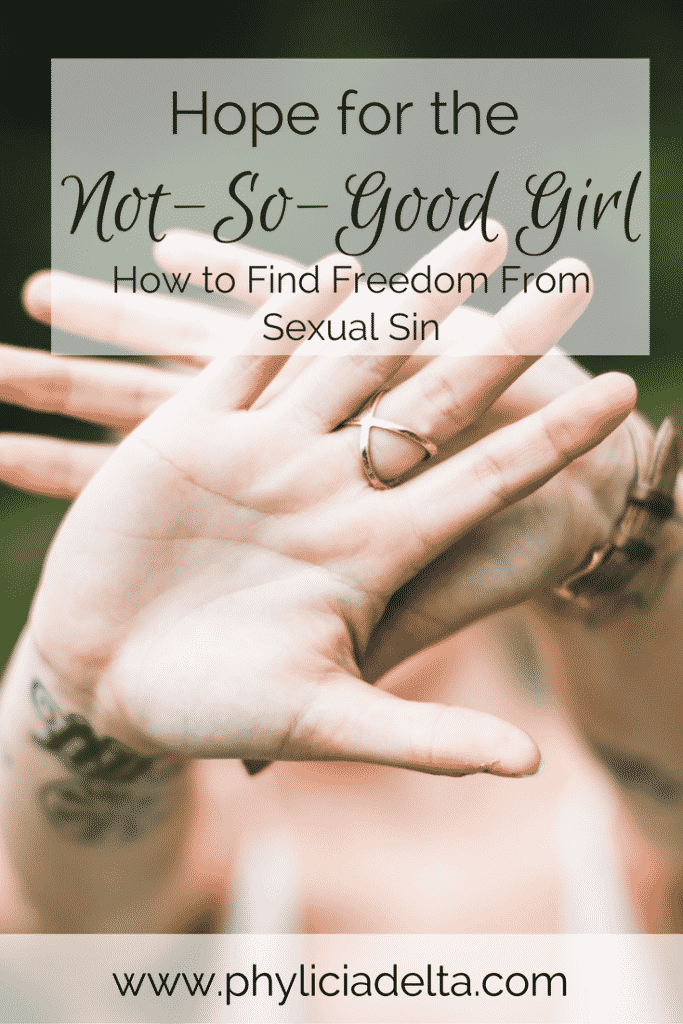 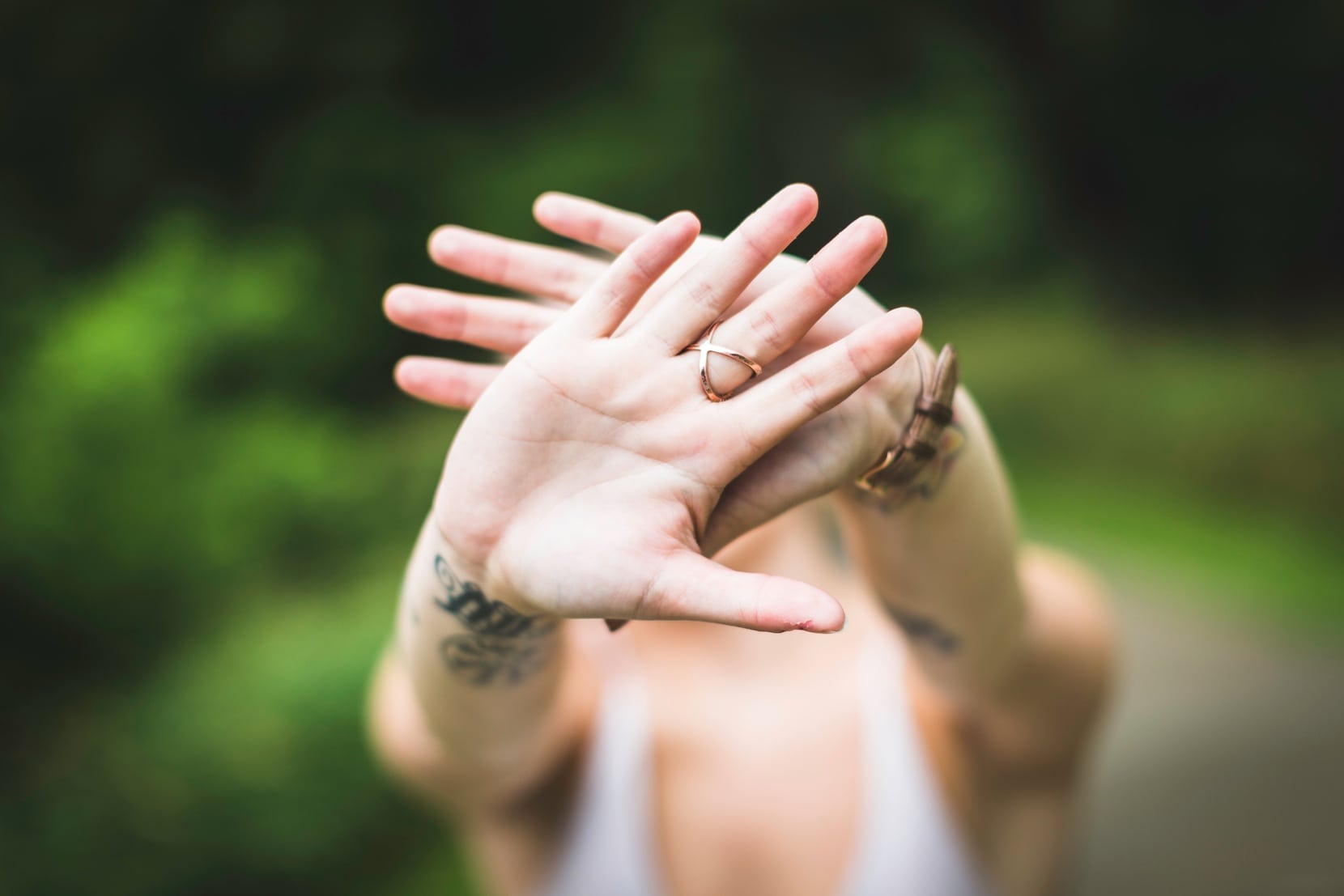 For all my years on this blog, I have never shared my full testimony – the very reason for my articles on God’s design for sexuality. My hope is that in being so transparent I am able to offer hope and encouragement for all the girls who read this post, and that you may come to know just how “wide and long and high and deep is the love of Christ.” (Eph. 3:18)

It shouldn’t have happened to me.

I was a little girl. I was at a garage sale. It wasn’t fair.

For years I asked God “Why?” Why did it start a chain of events that, left hidden, kept secret, tucked away from the light because the light burns people like me – why did it have to happen?

Now I know why. But I didn’t know then.

I wasn’t abused, molested, or attacked. I have the testimony of your run-of-the-mill Christian girl. I was raised in the church, homeschooled, taught by wonderful parents. But that’s why I hid it as long as I did: Girls like me aren’t supposed to have problems.

Why did I pick up that coverless book? How could I know what was in it? A twelve year old killing time at a garage sale, that’s all I was – I thought it was a Nancy Drew or a Boxcar Children. But it was a Harlequin novel. It fell open to a random page:a graphic sex scene. In that moment a veil was stripped away and I was fed a lie about sex before I even knew what sex was. That’s how it began.

I knew so little, and I was curious. I found more books over the ensuing months. I found them at the houses where I nannied, at more garage sales, in resale shops. I pieced together a perception of sex based on their contents. I stitched together quilt blocks of information from friends and articles and the novels. I built a perception of what sex was supposed to be and what it really looked like. My questions were being answered. I was learning.

But with my newfound knowledge came an enormous amount of shame. I’d discovered sex in secret, so I kept it that way. I was terrified my curiosity would be found out and I’d be condemned for it. I was terrified my parents would think I was a freak or a weirdo for having questions, and what’s worse – reading those Harlequin novels. Girls like me aren’t supposed to have problems.

I refused to go to my parents; I couldn’t bear their disappointment. If I couldn’t go to them, I couldn’t go to any mentors or leaders in the church. I was too close to all of them, and they thought too well of me. I had an image to uphold and a life to lead. I bore down on success with every ounce of strength and focus within me. And because I felt completely out of control sexually and spiritually, I tried to control absolutely everything else.

All those years – my entire teenage experience – I never realized I was entrenched in a spiritual battle. I fought emotionally, physically, and mentally. I set boundaries and goals, made charts and checklists. I confessed and repented – and did it all again the next week. After years of this, I couldn’t believe God would forgive me for the same sin committed into oblivion; how could He? Here I was, taking advantage of grace like it was a gas station commodity. I doubted my value. I doubted God’s love. And most of all, I was angry: Angry that I found that book, and angry that it happened to me when I was twelve – when I didn’t even have a choice.

The lies I believed in those formative years followed me for a very long time.

“You’re messed up anyway.” They whispered when a boyfriend pushed me to compromise.

“How dare you write!” They accused. “You’re ruined, you’re a hypocrite, you’re a fake!”

“If God is good, why did he let you find that book?” They offered.

I was 22 when I learned the truth.

God does not tempt us; it goes against His holy nature (Jas. 1:13). God didn’t put that book in my hands. But in His sovereignty, He allowed it to happen. I can’t say I know why it happened – why He allowed it – because my story is not yet complete. But now, almost 15 years later, I know where the lies end and the truth begins.  It’s in an empty Tomb and a broken veil.

At 12 my veil of innocence was broken by a book. At 22 the veil between myself and God was ripped in two. I understood at last what the Cross had done for me: Christ overcame sin so I could be in a holy relationship with God, and that promise is for today.

I learned that I was in a spiritual battle with a spiritual enemy who wanted my spiritual destruction. Spiritual destruction, I learned, is separation from God. The curtain of doubt I had allowed between God and myself was finally wrenched away completely. For ten years my enemy had used lust to drive a wedge between me and my God; me and the Savior whose name I claimed. And in some respects, he succeeded. But after ten years, I was done believing lies.

When I met Josh, two broken people collided: me, a virgin in need of redemption, and him, a virgin by redemption alone. Sin threatened to destroy our relationship in the same ways it tried to destroy us individually. But this time, we knew the battle we faced. We knew our enemy. And for the first time in both our lives we knew God was not the problem; He was the answer.

My battle with lust was a battle with sin. But Christ came to defeat sin and to offer a way to overcome it. It doesn’t mean I will never sin again, nor does it mean I was immediately freed from my lust battle when I understood its spiritual impact. It means this:

I am as safe from sin as I am close to Christ.

My story was never about me. My sin was not about me. It was about something greater. It was about the enemy’s efforts to separate a soul from God, to cause Him pain, and to spread spiritual shame, defeat, and death through me and to every person I came in contact with. But when Josh chose redemption, that choice came to me years down the road, and it brought me hope in the darkest corner of my heart. He – the non-virgin – taught redemption to the “good girl”. Together, we allowed God to transform our understanding of sexuality. We allowed Him to remove our shame. And today, we walk in the freedom of a Christ-won love story.

I share my testimony here so all who read this blog – especially my sex series – know this: Whether the world labels you a “bad girl” or a “good girl”, the ground is level at the foot of the Cross. We all need it. We all have places that need His presence. We all have an enemy we have to name before we can fight effectively.

I used to think my story shouldn’t have happened to me. I used to ask God why He allowed it. Now I know why. I have experienced the redemptive power of a God who saves us out of a sin-wracked world; the only secure place in a spiritual war. He is the hope in a story like mine. He did not cause my sin; He is the solution to it, the Savior from it. I have experienced this – I have experienced Him firsthand. I have known and believed His love for me, and I have been made free.

There is hope for the hopeless,

and all you have to do is choose Him back.

Want more on this topic? Don’t miss my ebook Christian Cosmo: The Sex Talk You Never Had! Sign up in the newsletter box below to find out more!

Why We Should Stop Asking, “How Far Is Too Far?”

Virginity Is Not God’s Goal

Why I No Longer Read Fiction

Why Accepting Grace Is the Best Decision You Can Make