Small Is Our Calling 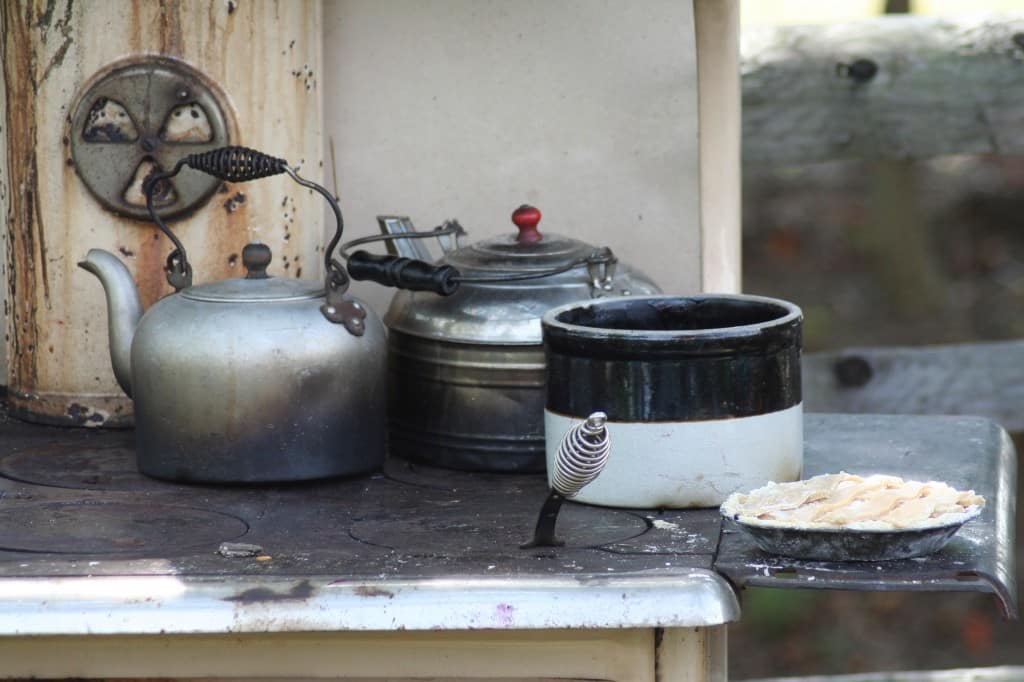 I sliced the green peppers in slim lines, then cut them crossways and pushed the pieces into a little pile on the cutting board. I moved to the cherry tomatoes, and then the carrots, then the romaine. My Kitchen Aid whirred loudly, beating a batch of pumpkin bread, and I could smell the banana bread as it rose in the oven.

“I still need to do the laundry, vacuum the bathroom, and wash the dishes…” I muttered to myself, because not talking simply isn’t an option, even when there’s no one around.

As I moved around the kitchen I thought about the last week. I’d done all these things before. I do them every week, some of them every day. I get up at 5 AM most days, make breakfast for myself and Mr. M, and do devotions until 5:45. Then we head to the gym until 7 AM, when I shower and head to work by 7:45. Then it’s phone calls, Excel sheets, deposit bags, meetings and tour times until 5 PM, when I battle traffic back to the apartment and make dinner, pack the gym bag, and chop peppers for the next day’s salads and lunches once again.

We read the words mommy bloggers who go through this with their little ones: the diapers, baths, and bottles; the “Why?” and “When?” and “I’m hungry!”s of the day after day. But we have those, too: the needy infants of our own in-between lives. To-do lists with menial tasks we do again and again.

I recently took a personality test, just for giggles. The result stated my type was ‘The Executive’:

“The ENTJ has many gifts which make it possible for them to have a great deal of personal power, if they don’t forget to remain balanced in their lives. They are assertive, innovative, long-range thinkers with an excellent ability to translate theories and possibilities into solid plans of action.”

The results went on to state that people of this personality may “have a problem with being constantly absent from home, physically or mentally” due to their intense focus on achievements and goals.

As I read that paragraph, I thought of myself chopping peppers in the kitchen. My mind is never on those peppers. So menial. So pointless. Yet so necessary.

I try to rush the menial. I love to chop things off my to-do list like I chop the peppers, fast and furious, rushing through the mundane tasks to get to… to get to more tasks. To get to some great achievement to which all these piddly tasks have been a deterrent and interruption.

I’ve reached the end of many a day ‘filling every unforgiving minute’, as Rudyard Kipling says,  trying to get to the point where the menial and urgent are over – but they never are. So there I stand, chopping peppers, typing worksheets, wishing I could get past the ordinary to do something big and special in this world.

I was reading in Mark 5:21-43 this morning: the story of Jesus and Jairus’ daughter. Jesus was in the middle of a mission trip, so to speak, following a whirlwind journey (literally – see Mark 5:35-41) across the Sea of Galilee. He’d hardly set foot on shore when people were pressing against him with needs and demands, all clamoring for attention. One of those nearby cried the loudest:

“Then came one of the rulers of the synagogue, Jairus by name, and seeing Him, he fell at His feet and implored Him earnestly, saying: “My little daughter is at the point of death. Come and lay your hands on her, so that she may be made well and live.” (Mark 5:22-23)

Was Jesus headed somewhere when Jairus stepped into His path? Did He have a destination – some place to be? Whether He did or not, in that moment, Jairus became His destination, and His dying daughter was the place to be.

But as if that interruption were not enough, Jesus was stopped by another pressing need:

“And a certain woman, which had an issue of blood twelve years and had suffered many things of many physicians, and had spent all that she had, and was nothing bettered, but rather grew worse, when she had heard of Jesus, came from behind, and touched his garment. For she said, ‘If I may touch but his clothes, I shall be whole.'” (Mark 5:25-28)

Diverted from His first mission and stopped in the middle of His second, Jesus could have easily given in to frustration. Everything and everyone was pressing against Him at once – not to mention the pressing of His very work on earth: to bear the sins of man.

We look at Jesus and see the Savior of mankind. We see a great work – the ‘scarlet thread’ – being culminated in His ministry of love. Every miracle is to us a stunning display of glory we could barely hope to experience this side of Heaven.

But Jesus’ work took place in the dirty day to day.

And until His 30th year, Jesus spent many a mundane hour carving, pounding, and scraping wood in the podunk town of Nazareth. What do you think He thought as He stood next to Joseph, His holy hands white with sawdust? Did He ask God, “Is this all there is?”

“When do I get to do something big and special in this world?”

Jesus’ great work was a ministry of small things… many small things strung together in a scarlet thread of hope and love.

And my ministry – your ministry – draws that thread into our homes, our jobs, and our world in the same, small way.

I chop more peppers and move to take the pumpkin bread out of the oven. It doesn’t feel big and special, as if I am doing anything worthwhile for the kingdom of God. But it is the task God has given me to do. So to Him, those small things contain all the potential for glory.

When getting a deposit in on time, smiling when you answer the phone, and biting your tongue when frustrated is your contribution of kindness to your world, it feels like you’re just playing keep-away with your emotions – but perhaps you are accomplishing much more.  We think the world is changed by those with a big platform, a large stage. But even those with a platform need people to check in, greet, set up sound, and market the stage to be successful and be heard.

Our small part in our small worlds is the foundation for those with a larger stage. We take the things we learn from great women like Beth Moore, Lysa TerKeurst, Shaunti Feldhahn, Ann Voskamp and many other women of faith and implement them in our communities. That is their mission, and that is our call.

The small things aren’t delaying the great things we could accomplish, girls. That’s hard for me to swallow and harder still to implement! When I’m chopping peppers for dinner, returning voicemails, and writing SOPs, I’m tempted to rush through the inconvenience. But in rushing, we miss out on the greatness of small things well lived, well noted, and well done.

It’s in our reactions to interruption, in our willingness to wash the dirty, our patience with the petulant that we come closest to the ministry Jesus called us to do. All great lives are made of many small victories, and victory only comes from perseverance through repetition and difficulty.

Small is our calling. We can resist it – and end in discontent. Or we can embrace Grace, and become more like Jesus.

Other posts by Phylicia:

Purity Is Not a Math Equation

I Waited Until My Wedding Night to Lose My Virginity, and it’s the Best Thing I Ever Did

Red Heels, Lattes, and Finding Joy In Between