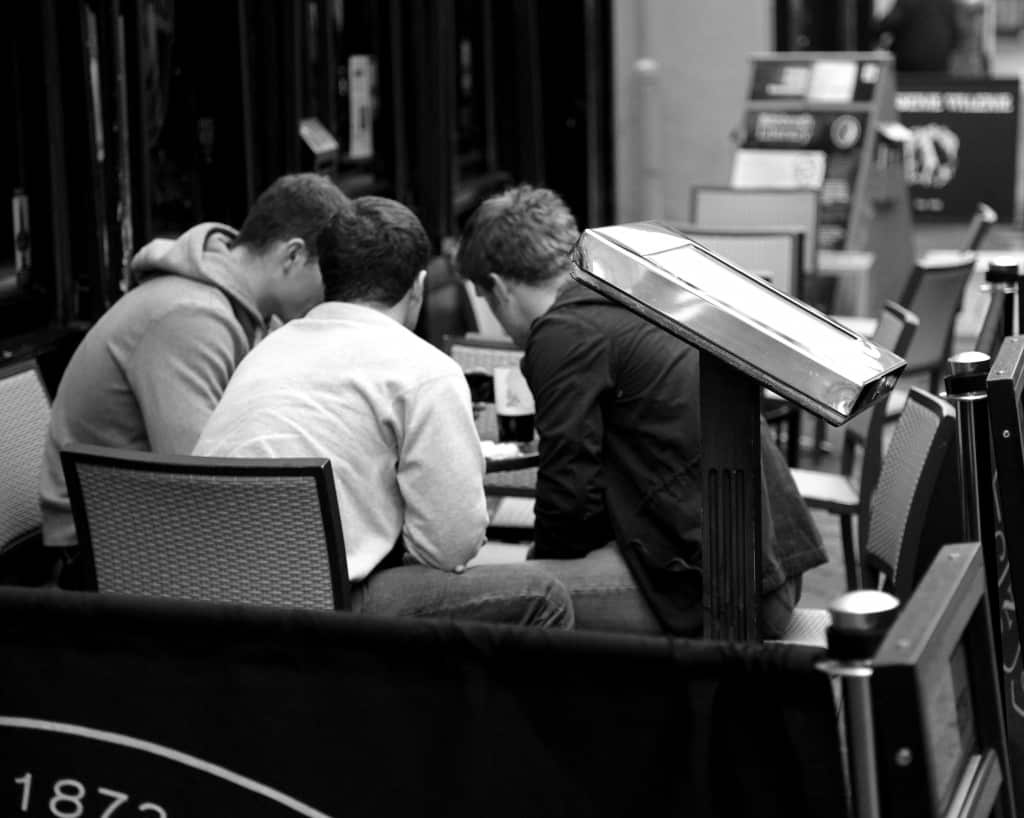 This is a post I wrote years ago (2010) for an e-zine for which I was a staff member. I wrote this long before I met Josh, in the middle of navigating my single years, and looking back now as a married woman I can affirm what I said then: the higher the standard, the longer the wait; the longer the wait, the more faith is required. But it’s worth it, girls. It really is.

Due to a corporate remodel fund, our office is getting a facelift – and the process is taking several weeks. Having just about grown up on a job site while working with my dad, the sound of saws and hammers is not foreign to my ear, though it seems misplaced when it’s happening right by my desk. The plastic dust shield between me and the construction crew is hardly soundproof. The workmen, however, don’t seem to comprehend that fact.

In the course of a recent day I heard thirteen hiccups, eight moans, nine whines, and at least thirty-one belches. Not that I was counting. By the time the twenty-eighth burp bounced off my monitor, I’d given up on the male portion of society. My head dropped to the keyboard in despair, leaving a sizeable QWERTY imprint on my forehead. Is this what I have to choose from?

This is a national epidemic, not at all specific to my Northern-Michigan locale. During my stay in Virginia, I witnessed a similarly appalling spectacle in the college cafeteria. Two freshmen lovebirds huddled at a table across from me and my roommate: the girl, a dark-haired little twig, and the guy, a grungy, hoodie-swamped specimen sprawled across the table spilling into his girlfriend’s arms. She was splitting time between hugging his head (for a limit of three seconds; this IS a Christian college) and picking at some unidentifiable object hidden in his greasy locks. But that was her man: drowning in his clothes, in need of a shower, and about as socially astute as a chimpanzee.

If I had a national ice cream scoop that could just peel a sample of my generation out for observation, I think I’d discover a reason so many Christian girls settle for men of low quality. And low quality isn’t only the occasional belch or the inability to use a bar of soap – these are just outward signs of an inward problem. The greatest of inward problems is, of course, a spiritual one. More often than not, a verbal profession of faith is enough for many Christian girls to look no further. No matter what state, what denomination, or what their family background, girls nationwide have been snookered into the belief that the only real men in the world are either married, ugly, or dead.

But there is something greater at work here. It’s not the fault of the previous generation for failing to produce enough men for the Christian female population. Rather, I believe it is this settlement mentality – a mindset of defeatism – that keeps many girls from making good choices in relationships today.

Here’s the crux of it: deep down, a lot of women, young and old, are unconsciously parading as professional manscapers. Rather than wait for a man who has enough quality to take “as-is,” they’re masters at the DIY relationship, trying to make a man out of what they settled for.

In short, they’re trying to kiss the frog into princehood.

The dilemma of this method lies in the result. The goal is to form this man into the kind of partner the woman wants him to be: strong, caring, affectionate, and a leader in his own right. He will struggle to be a leader as long as his woman is the one directing him (and by this, I do not mean a healthy iron-sharpening-iron) into who she wants him to be. The settlement mentality results in many of the poor relationships we see in Christian circles today.

Trust me: I’ve been in many a coffee shop laughing with dear friends over the lack of good prospects available to us. But it’s something that we have accepted along with the lifestyle we’ve chosen to live. The higher your standard, the longer the wait. The longer the wait, the more faith is required. How many of us really want to wait? How many of us want to test the measure of our faith? The truth is… not many.

There are good men out there. There are good, godly, strong, leading men looking for good, godly, strong wives. But as the Marines like to say, there are only the few and the brave. Godly men are a minority. And here’s the point: godly men are looking for godly women, and godly women are a minority too. The question for us is: are we a part of that minority?

–         We cannot expect great things with a settlement mentality.

I’ll admit that sitting in the college cafeteria didn’t give me a lot of hope to meet a motivated, ambitious, God-honoring man. Perhaps you’ve struggled with a taste of despair when all you see are careless, uncouth specimens of today’s manhood. Perhaps you’ve been tempted to accept the first ‘decent’ guy that hands you a daisy, thinking there isn’t much better available.  Or maybe there is already a guy in your life who is just that – a guy – and you’re trying desperately to change him into the man you believe he can be. That’s quite romantic, but can be very unrealistic.

As much as we may like to believe a guy into honorable manhood, it simply doesn’t work that way. While respect goes a long way with our gentlemen acquaintances, it is up to their own minds and hearts to make a decision toward godliness. If we want men of God, then we can’t waste time trying to make snowmen out of mudpuddles. We have to be women of God who look for men already decided – men who already stand on the truth. No more manipulation. No more settlement. No more “saving graces.”

Natural to the feminine heart is the desire to “save” a weak man: to believe him to goodness. Having faith in someone’s “good” streak, however admirable, is not advisable when making major life decisions. Would you have someone with a just a streak of good, like a random lightning strike in a storm? Or should you choose the man who is founded on righteousness through time and discipline? The former is a common choice because he is much more readily available. Thus many girls end up in a dead-end relationship with a dead-eyed guy whose heart for the Lord beats inconsistently.

Many Christian girls tie themselves to young men who are really not men at all, but boys masquerading as such. A pair of blue eyes and a mutual appreciation for Johnny Cash may seem like enough to go on at first, but when the rubber hits the road and the hubcaps fly off, whether his eyes are blue or purple isn’t going to matter.

In one sense, we are indeed very limited in our choices for a mate. When you want the best, you have to wait for it! But like anything rare and precious, difficult to see and hard to find, the wait is worthwhile. Our responsibility is to be the kind of women worth waiting for. You see, we aren’t the only ones looking. They are out there too.

When we love God with all our hearts, we are drawn to a mate who does the same. We have to have faith, be willing to wait, and place our hope in the Lord, not in man. And we have to have confidence that there are in this world a few good men – and that is just enough.

← Dear Girl, I'm Just Like You Small Is Our Calling →
0
0
Your Cart
Your cart is emptyReturn to Shop
Continue Shopping