Why Modesty is Worth It 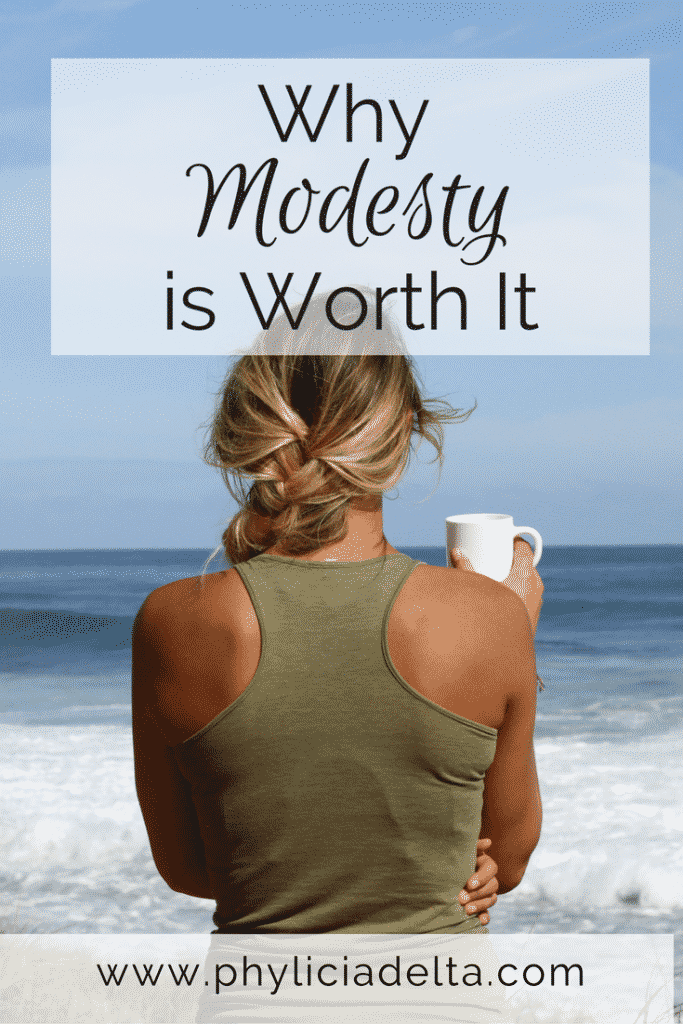 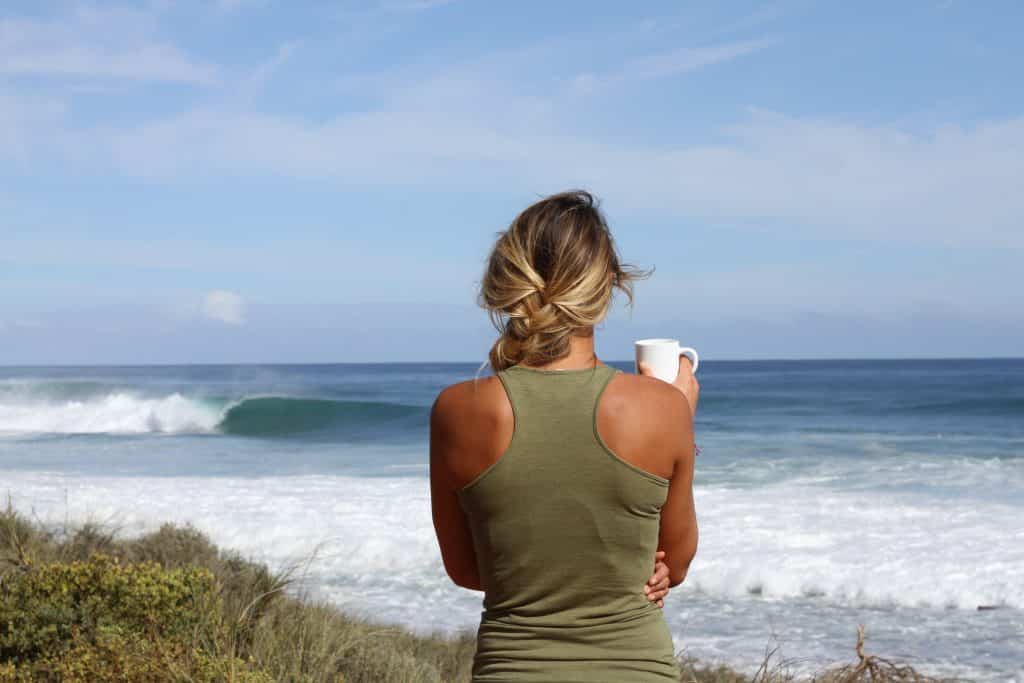 My previous post on modesty has been the subject of much controversy. In the crossfire of explosive opinion, I stumbled upon a kind comment from a reader who brought up a very good point:

As I read his words, I realized: this is it. This is the great misunderstanding!  We as women tend to believe that modesty is a choice for us alone. We fall prey to the thought that our dress affects Me – but no one else. But here is a truth: we all stand for something.

We all – married, engaged, single – we all represent the Lord Jesus Christ. No, Jesus did not give us a checklist for modesty. Nor did Jesus specifically condemn bathing suits of any kind (Read: What a Bikini Taught Me About Modesty). What Jesus did was continually address the “spirit of the law” (Matthew 5). Let’s talk about that a moment.

By the time Jesus was born, the Pharisees, a religious sect in Jewish culture, had great sway and prestige among the people. They were believed to have risen from a group called the Hasidim (faithful ones) who protected Jewish traditions against increasing influence of Greek Hellenism. The beginnings of the Pharisitic tradition were founded in good motives. The scribes, who were professional religious leaders are credited with the development of oral law, or exegetical tradition. They interpreted the Torah for Israel following the Babylonian exile and played a great part in reiterating God’s word to the people.

However, in their zeal for the word of God, they forgot the spirit of God. They became so encompassed with the law, with the words, and with the rules that they forgot Who the words came from and for what they were meant. Jesus’ work resuscitated the spirit of the law: grace is the motive to obedience. And yet He said:

Grace does not mean absence of Law. Being a woman under grace gives me a freedom: a freedom to choose. I now have the freedom to choose to represent holy behavior, or to choose to live below my calling.  This applies to my gossip habit, to my closet, and to any temptation before me and before you. Just because I am saved by grace does not remove the responsibility of honor from my name as a woman of God.  Dressing modestly is a part of that.

“Do not let your adornment be merely external – the braiding of hair, and wearing gold jewelry, and putting on dresses – but let it be the hidden person of the heart, with the imperishable beauty of a gentle and quiet spirit, which in God’s sight is very precious.” (1 Pet. 3:3)

The word ‘adornment’ in this verse is kosmos: the same Greek word translated as ‘world’ throughout the entire book of John. Verses you may be familiar with containing this word are:

“He was in the world, and though the world was made by him, the world did not recognize him.” (1:10)

In these contexts, ‘world’ refers those living apart from the spirit of God. The word adornment, in the context Peter used it, indicates outward displays of worldiness, such as braids, gold, and dresses, which were in fashion in Peter’s day. 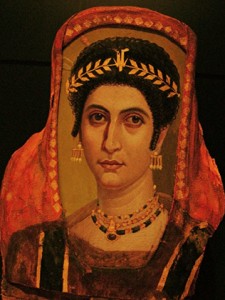 She may not look very thrilled about her attire, but first century Romans and Greeks would have found her very fashionable. Notice that Peter does not forbid being fashionable; the verse is translated ‘do not let your adornment be merely external’.

Spirit of the law.

In this verse Peter directs women from focusing on current fashions to a focus on the ‘hidden person of the heart’. This Greek word is kruptos, and is also translated as ‘inwardly’, ‘secret’, and ‘things hidden’. Its root word is krupto, ‘to hide’. Heart, in Greek, is kardia, translated in other contexts as ‘mind’ and ‘spirit’.

I unleash this fire hydrant upon you to, I hope, reveal the very ‘spirit of the law’ I’ve discussed thus far. Modesty is not meant to take away our independence, nor is it intended to shift our focus to a list of do’s and don’ts. But just because we can’t narrow modesty down to a list of rules does not mean it becomes subjective: the spirit of the law remains the same.

The question remains then: “If modesty is not subjective, how do we see Michelle Duggar in jean skirts calling that ‘modest’ while we see Beth Moore in pants teaching the Bible, and girls professing Christianity wearing dresses thigh length and shirts revealing cleavage to their navels? Modesty has to be subjective, if this is the case!”

This does not have to be the case. As I have grown closer to the Lord in my walk with Him, have studied His word, and sought to learn what it means to be a woman after God’s heart, my convictions have changed and deepened. In high school, my parents may have guided me not to wear yoga pants in public, but it would not have been my choice – it would have been a rule. Now, I choose that freely, because as my relationship with God deepened, I desired to align my actions with the spirit convicting within me. It is not subjective to a rule I came up with because of my own opinions; it is subjective to my relationship with God and His work in my heart.

Spirit of the law.

The motive of modesty is to attain to this spirit of the law. Modesty is not merely external; in fact it is so very internal! It is the hidden heart; the secret Spirit within us that motivates us to make changes in our dress and strive to be women who profess godliness without speaking a word. In fact, every encouragement to modesty in the New Testament is associated with the spirit of God and  its fruit in the life of the believer.

Ladies, modesty is worth it. For every effort I make to write about it and every effort you make to achieve it, you will be attacked by fellow women, by men, and by your own insecurities. But the question is not “how far can I go?” but “How holy can I be?”

Let’s not quibble about rules. The spirit of God convicts us to be women who profess godliness, not just fashion. Peter wrote to encourage us, TODAY, to let our adornment be deeper than our clothing; let it be a spirit that ALTERS our clothing.  We don’t throw out modesty because Christ came to abolish the Law; we seek it harder because He gives us the freedom to do so!

We are under Grace, and there is no greater motive to strive after that which is precious in His sight than the love of Christ Himself.

Modesty is worth it.

That Day My Husband Told Me What to Do

The Purity Ring Is Not the Problem

That Day He Wore Skinny Jeans: 5 Reasons Men Should Be Modest, Too