How the Cross Defeats My Victimhood 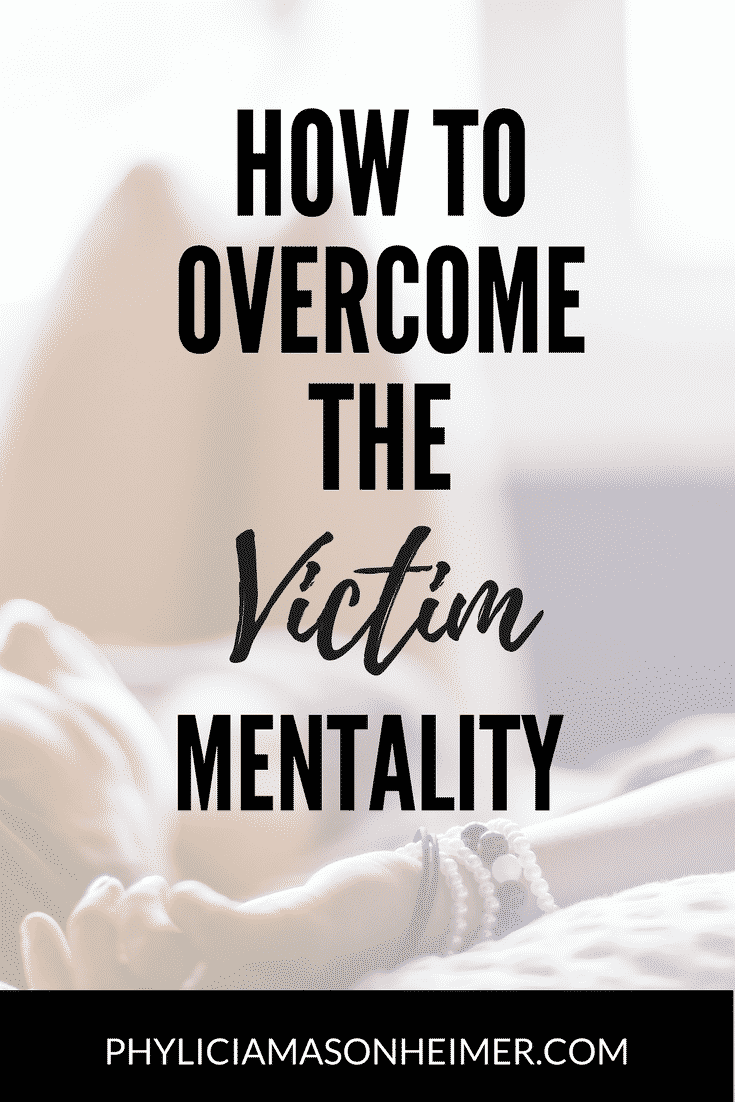 The relationship was over – but not in my head. Over and over I rehearsed what went wrong. I’d been hurt; that was true. I’d been manipulated. But this was months ago, and everything was as resolved as possible. Yet I couldn’t stop thinking about it, stewing about it – or bringing it up.

Josh, my now husband but friend at the time, finally pointed it out.

“You say you closed this book,” he challenged me. “Yet you keep picking it up to read the back cover.”

I had given into a victim mentality. I wanted to live as a victim of my former relationship in order to get pity, attention, and sympathy. Because I’d let these thought patterns ingrain themselves into my mind, I didn’t even know I was doing it. And it was damaging the relationships that really mattered.

There’s a fundamental difference between true victimhood and a victim mentality. A victim mentality is adopted, even when that person is not actually a victim of hurt or abuse. It is characterized by a “life is against me” attitude. This mentality is limiting; it keeps a person from living out their potential.

This post is not in reference to true victims of abuse. If that’s you, please find counseling and mentorship, a safe place to find healing and to work through your past. What this post deals with is a victim identity and mentality; victimhood as a lifestyle. There are several ways to identify this in a person, and there are consequences of living in defeat instead of overcoming by the power of God.

I myself battled these consequences in the wake of relationships that went awry. It was satisfying to consider myself innocent of wrong, a victim of the nasty behavior of others. But in reality, I often had a part in how those relationships ended, and even when I didn’t, my response to their conclusion was anything but God-honoring. Following are four attitudes that grow from a victim mentality; attitudes which hamper our walk with the Lord and inhibit our own spiritual growth.

Victims frequently direct their anger (passive anger, but anger all the same) toward those they believe are the cause of life’s difficulties. These may be parents, siblings, employers, or friends. Rather than address the reality that the common denominator in ALL their relationships is themselves, victims shift blame to others. This eventually results in bitterness and grudges.

Bitterness cannot have a place in the life of a believer because unforgiveness is contrary to the nature of God. If God is kind enough to forgive us of our sins against Him – in all His perfection – how much more are we called to forgive those who offend us?

Bitterness limits our relationships, and people with a victim mentality struggle to form community. They constantly push people away with negativity and blame. In my own case, I blamed past relationships for my current problems, refusing to forgive those who had offended me. To “forgive” is to commit someone to God’s justice. It’s not a one-time decision; it may happen over the course of many days, weeks, and years. But it’s a commitment to continually give that person to God’s justice instead of holding them to our own.

Because people who believe themselves victims are negative, they end up defeating themselves from the inside out. Negative mental patterns are proven to keep us from achieving change. Victims lack motivation to change because they don’t take ownership for their own flaws. Financial struggles, inability to find a job, and failed relationships are constantly someone else’s fault. If everything is the other’s fault, why try to change?

This lack of motivation makes them difficult to be around. They may be depressive or negative with those nearest to them, unable to be motivated by any encouragement and reward. Change doesn’t happen because there is no personal responsibility.

Isolation and Self Pity

Isolation is another outcome of bitterness and negativity; a circular consequence, if you will. As unforgiveness begets bitterness, we become negative, and our negativity slowly drives people away. As people leave, we believe this “proof” that no one cares about our situation and allow ourselves to become further isolated from community.

But community is vital to becoming a person of spiritual strength. The Christian life was never intended to be lived alone. Jesus called the early church to be in community and prayed for its unity (John 17:1-26). We cannot please God and grow in our knowledge of Him when intentionally separating ourselves from His Church. Discipleship requires accountability.

A Wrong View of God

Finally, a victim mentality results in a distorted view of God; a false theology, if you will. It does this by shifting our focus (our “worth-ship”) off of Jesus and onto ourselves. Our priority becomes our situation, our past, our baggage, our story, with no room for Christ’s overcoming power. We consider our story supreme to what Jesus did on the Cross. We say we believe in the power of Jesus, but not His power over our particular situation.

This is not the mentality of a spiritually mature, growing believer in Christ. Pride and self-focus take two different forms: Self-love and self-deprecation. In either case, we are focused on us, not on the strength and love of Almighty God. A victim mentality is ultimately self-focused, and we cannot live a life of eternal impact while thinking in this way.

So how do we overcome these thought patterns?

← God Doesn't Need Your Platform, Period. Your Husband Is Not Your Father (And That's a Good Thing) →
0
0
Your Cart
Your cart is emptyReturn to Shop
Continue Shopping