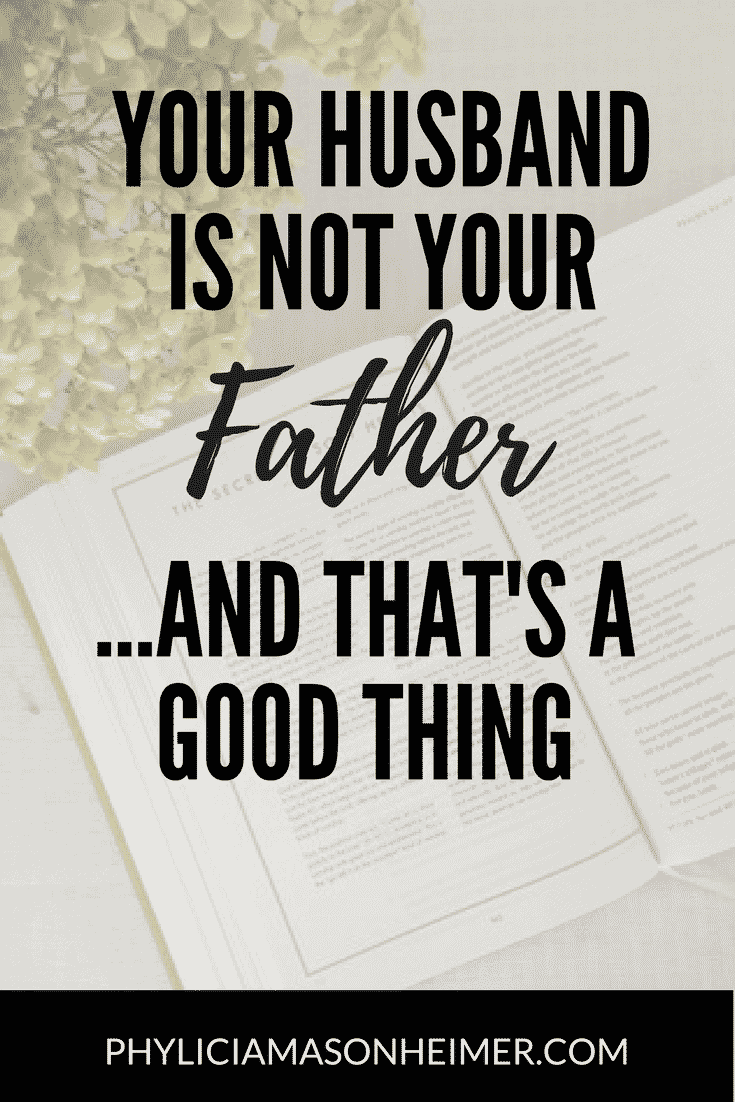 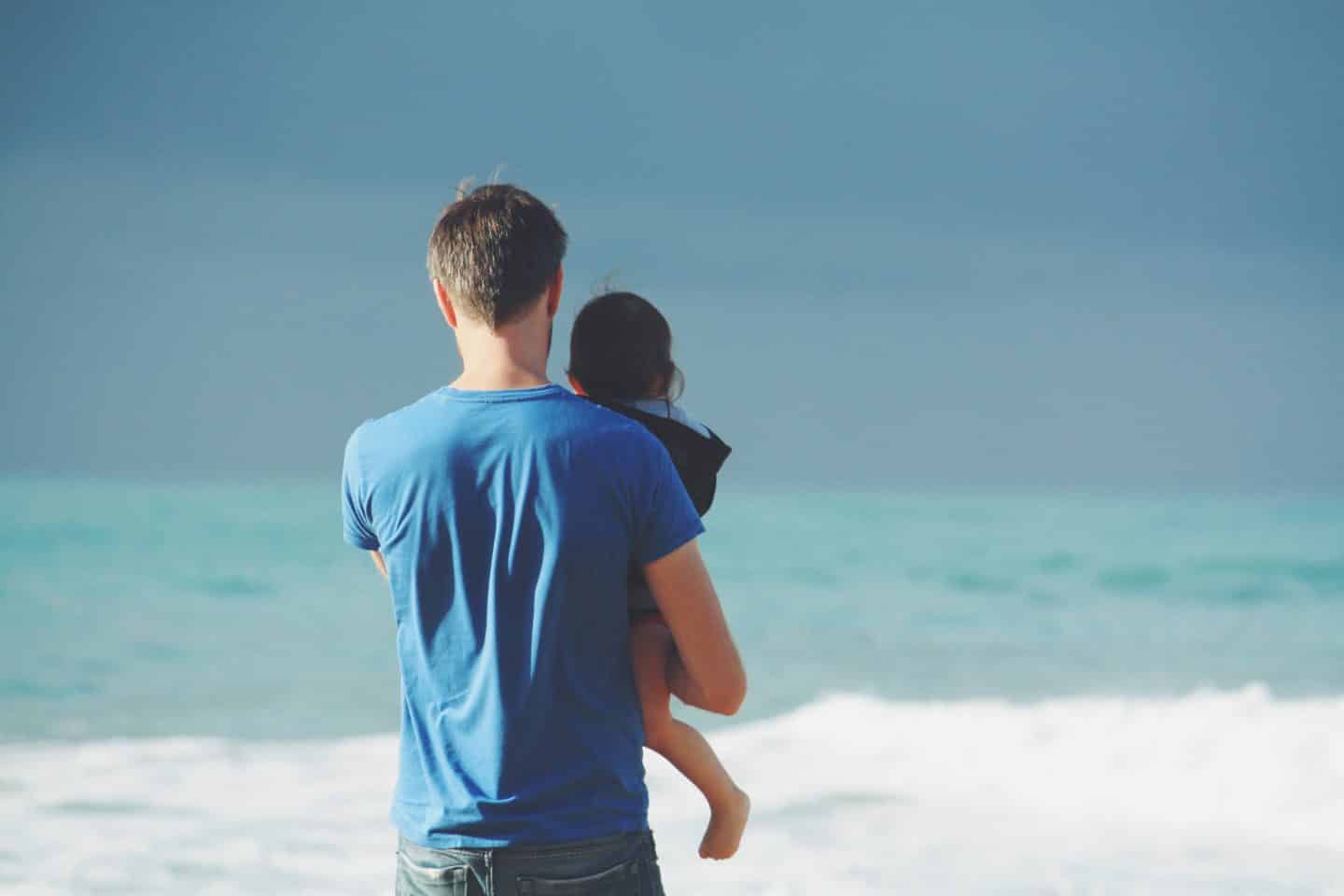 The role of fathers is vital. The love of a good father shows a daughter the kind of man she should look for in a spouse. But what happens when a father’s example becomes a template?

I think we’re seeing the result of this in Christian dating. Young women enter the dating sphere looking for a copy of their dad. The problem? Fifty year old men don’t come in twenty-two year old bodies! A few weeks ago I discussed three misconceptions about biblical masculinity. If there were a fourth, this would be it: Your husband is not your father.

Young women become increasingly frustrated with the “lack” of godly young men in the world. We could do with a few more godly guys on this earth, but I believe there are many already here being overlooked by Christian women. Because they’re looking for someone with the maturity and leadership ability of their father (who they never knew when he was twenty-two), these women brush past men with all the potential for leadership because they’re looking for someone just like their dad. They want the existence of godly character without the progress and the growth. Because they are looking for finished products, they can’t recognize potential in the young men around them.

But that’s not all. When these young women do marry, they may expect their husband to conform to the “ideal” lived out by their father. This is the struggle of those raised in strong, godly homes. For those raised in homes with negative, ungodly, or abusive father figures, the struggle is often with fear: Fear that the husband will eventually become like the father she wishes she could forget.

Whether you had a godly father or an ungodly one, I have good news for you (and it IS good news): Your husband is not your father. He is his own man. He will lead, love, and live differently than the other men you’ve known. But you have to open your eyes and heart to recognize it.

Your Husband Will Be Different From Your Dad

My dad is a builder. He has spent his entire life working with his hands. They are calloused and worn from thirty years of creating.

My dad is also a thinker. He loves to read and consume information, and there’s very little he doesn’t know something about.

My dad is a talker. He can postulate about different topics for hours on end.

My husband, on the other hand, is none of these things. Josh’s hands were not calloused when we met; he was an engineering student who spent most of his time programming on a computer. He wasn’t much of a reader, and it took him three years to finish the World War II book I gave him when we started dating. And while he endures my endless discussions of philosophy and religion, he’s not big on four-hour conversations.

These differences bothered me at first. Because I had confused godliness with personality, I failed to celebrate my husband’s individuality. I wanted a copy of my dad. My husband struggled with his identity in our dating and early marriage because he desperately wanted to be what I wanted him to be. He tried to read the books. He tried to have the discussions. But at the end of the day, none of it came naturally because my husband is not my father.

I venture to bet your husband – current or future – is not a carbon-copy of your father, either. And that’s a good thing.

This is also good news for those with terrible father figures.. It is easy to give into fear whenever conflict arises in a marriage; to expect that same vitriolic response you saw when growing up. But unless your husband has given you proof of that reaction, he is not your father. You are not destined to repeat history. There is hope for a marriage built on trust, unity, and peace. It’s hard to let go of fear; it’s hard to trust someone with your life and future. But when we marry, we’re committing to do just that.

The Roles of Father and Husband are Distinct

Your father had a specific role in your life. Your husband also has a role in your life, and its not the same as your father’s. You are not your husband’s daughter. In some conservative circles, what I’m saying here is actually quite controversial. But it’s biblical and its true: Husband and wife are equals. They partner together to lead the family in God’s Word and wisdom. As a child in your father’s home, you had no real authority or leadership. You were dependent on your parents for most of your needs.

The marriage relationship is not parent-child. It’s equal-equal; coworkers for God’s glorious mission.

The concept of a husband “controlling” his wife might actually appeal to some women because it lets them off the hook of responsibility. They can simply do what they are told to do and follow orders. But this is not a wife’s biblical role. She is the husband’s ezer: More than a helper; also a warrior, fighting alongside her man to create image-bearers of God in this world, both by birth and by discipleship.

Your role as daughter will change, but it will never end. Your role as wife is one of responsibility. Part of that responsibility is to form a unified vision with your husband, which you cannot do when viewing him as a father-figure or trying to mold him into the image of your dad.

You Are Not Marrying a Final Product

Most of us marry in our twenties or early thirties, and here’s the honest truth: You’re not marrying a final product. The father you knew growing up – for good or for ill – became the man he was over the course of many years. The men you date will be significantly younger and much less experienced. You will not find a twenty-five year old with the knowledge of a man twice his age. But you might find a man with a curious mind, an attentive heart, and a Spirit-led soul, all of which point to incredible potential.

Give your suitors some grace. Look for their growth potential. Stop comparing them to your father and let them just be. Work through your fears with the Lord and a counselor.

And go on dates. It’s okay if takes a few tries.

Your husband is not your father, but he is still a man who reflects the image of God. Celebrate the good you see and you might be surprised by how much good you find.