What I’d Tell My Daughter On Her Wedding Day 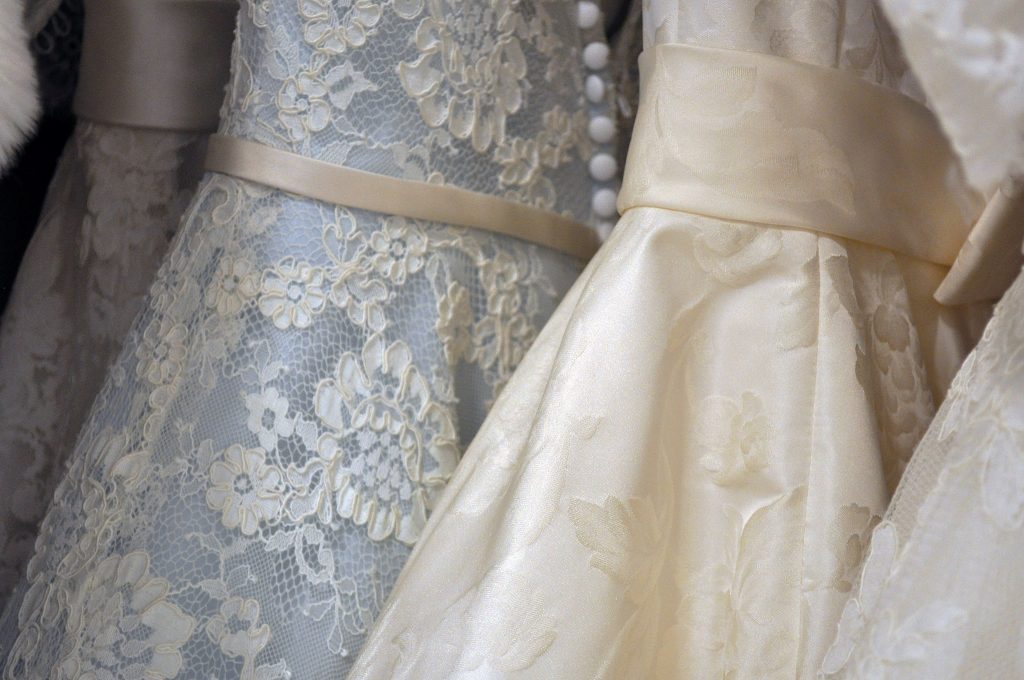 She’ll be standing there, a flower on her chest, watching me put on my makeup. My bridesmaids will hover and the photographer will click and they will all be helping me, including her. But they only know me now; she knew me before them all. After all, I was her baby once. Now I’m going to be his.

She may want to say something as I get ready, when they leave us alone. If she does what I think, her blue eyes will brim with tears and she’ll laugh and cry at the same time like she’s embarrassed to cry, because she doesn’t do it often. But she’ll find a tissue for ‘the cysts in her tear ducts’ and give me her words of wisdom for my years married to Josh: the things she learned the hard way, the things to expect, and the things to look forward to.

I don’t know what she would say.

But I do know what her life said.

Her life would say to soak your husband with the sink sprayer, then slap him with a spatula when he comes to get you for it. It would say to do ‘school’ on the trampoline and build a replica of the human eye big enough to crawl through. She’d tell me to drive through the woods of Virginia with Mr. M and our kids, walking the path of George Washington to learn history. I would have to wear a bright pink snowsuit and sled with the children until someone white washed me and I got mad and went inside, but even then I’d have fresh bread ready for cold hands and noses. Her life would say to be fun.

Laugh at all you can.

Her life would say to laugh so boisterously you can be tracked by the sound of your guffaw into the adjacent room, where you’re always surrounded by the good women you choose to surround yourself with, because they will help you be a better wife. She would say to laugh at your husband’s corny jokes even when the day is long and dinner is ready and he is late – still laugh, because he’s worth it. And because you laugh, the children laugh. Her life would say to be happy.

Her life would say to file his paperwork and do his taxes and advise him in his business because the Proverbs 31 woman was industrious. She would be up late typing and up early cooking and out in the field planting the garden while he put in the fence posts, because she married him to be his helper. She didn’t lose her identity or choose the lesser route; she chose the harder route and built an identity. Whether it was putting up wallpaper or scraping cat urine off hardwood floors, she did it because they were a team. Her life would say to be his coworker.

Never fear being the one who stands on truth.

Her life would say to be a woman of faith. She’d say never to back down, never to waver, and never to give in for the temporary appeasement of applause. She would tell me to respect my husband even when he doesn’t deserve it because we are a team, and that’s what teammates do: respect each other at all times. She’d tell me to stand by my man even when I don’t feel loving and when it’s hard, because I promised to stand by him before our God, and God doesn’t take that commitment lightly. And she would tell me never to fear the opinions of people; the opinions that waver and change and die out. Instead, her life would say to fear God.

Let God be first, and you will be the wife you were meant to be.

Her life would say to have a little table in the living room by my chair, with a Bible and a notebook and my purple glasses with a new prescription because “I’m getting old and I can’t see”. She’d be there with her over-creamed coffee in the morning until little hands and bigger feet call her away. Her life would say to read the same yellow pack of Bible verses to six squirmy children every day, while they get peanut butter and honey on your leather couch and sign their names on your window sills – all so you’ll have ‘no greater joy than to know your children are walking in the truth” (3 John 1:4).  All so someday, when the boys choose wives and the girls find husbands, they will do the same for their children. All for the genesis of a legacy.

I’ll be standing there, a flower on my chest, watching her put on her makeup. Her bridesmaids will hover and the photographer will click and they will all be helping her, including me. After all, she was my baby once.

Josh will be there, with deeper smile wrinkles and grayer hair.  And I hope, when my own daughter walks down the aisle, she can look at my life as a woman and continue a godly legacy.

But I’d tell her, on her wedding day, not to look at my life, but to look at my mother’s –  because without her, there would be no legacy at all.  She may think she failed in many ways, but my mom can know her children are walking in the truth thanks to what she may not have always said, but what her life said for her.

← Why My Boyfriend Called My Dad How Does a Busy Couple Make Time For God? →
0
0
Your Cart
Your cart is emptyReturn to Shop
Continue Shopping