Why My Boyfriend Called My Dad 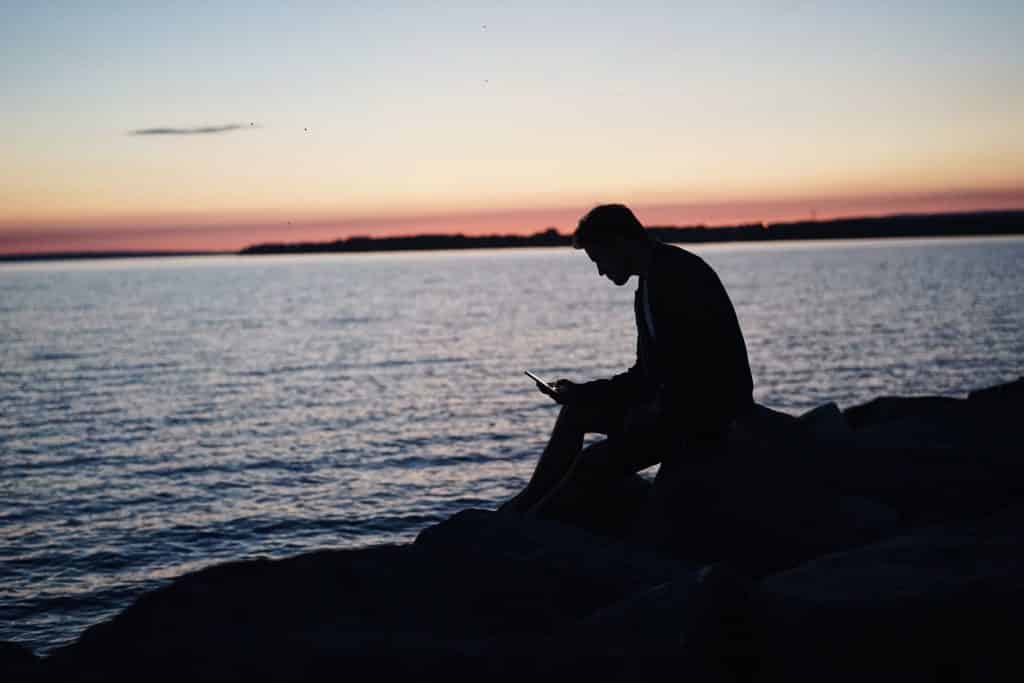 When I was single, I asked the guys I dated to call my dad once they wanted to make it “official”. Looking back on those years, I asked myself – did this standard really serve me well?

The answer is an unwavering “Yes”. I would not do it any other way. While this particular topic can be biblically supported, I do not believe it is biblically mandated. I will explain my reasoning behind this standard and how it positively affected my relationships before and through my relationship (and now marriage) to Josh, but I don’t think it’s necessarily for everyone (particularly those with legalistic, controlling, or absent father figures).

I didn’t have guys call my dad before going initial dates. This standard didn’t come into play until he asked me to be his girlfriend. At that point, he was asking for an exclusive relationship with just me. When the relationship got to this stage, I always asked the guy to call my dad and make his intentions known within the relationship.

I had really thoughtful, valid reasons for doing this. As I look back on those years – and the four guys who made that effort on my behalf, including my husband – I don’t regret the choice I made. Here’s what I found happened when I men called my dad before committing to a steady relationship with me.

1.  It tested their character.

If a guy wanted me to be his girlfriend, exclusively, it would would be valid to assume that I was of some value to him.

However, some men view ‘girlfriend’ simply as a loose title for a casual relationship; the kind of relationship where he ‘sees where it goes’ and ‘just is getting to know’ a girl. I wasn’t looking for a relationship like that, because I had many guy friends I could ‘get to know’ on my own time. If a man wanted to ‘get to know me’ and ‘see where it went’, he could do that in a friendly, casual context – not while calling me girlfriend.

Relationships are fun, but they are also serious because they involve two hearts and two souls. This is why I placed high priority on whether a man was ready to express his intentions in getting to know me for who I was. Was he thinking I was the type of woman he might someday want to marry? If not, it was pointless for me to pursue a relationship with someone who doesn’t know what he wants. Certainly, he does not have to want marriage at that moment – but if he doesn’t know if I am the type of woman he is looking for, he can stay in the friend zone until he finds out.

Having an interested man call my dad was a way for me to see how committed he was, how much he valued me, and whether he was willing to engage with the family he would one day meet.

Many girls today are so invested in a man they like they don’t want to set up strict standards for fear of losing him. It pains my heart to see these girls, driven by insecurity, carrying their hearts in their hands for the first man who looks their direction.  In Christ, we should be so confident in who we are and our value as women, we aren’t searching for affirmation from guys. This does not mean we are picky about menial things – looks or hobbies – but that we do not demean ourselves and settle for less than God’s best in a man’s character.

Because I had this standard, I was quickly aware if I wasn’t of enough worth for a guy to call my dad. And it is possible that one day, I wouldn’t be of enough worth for him to stay at all. Therefore, if he refused to call my dad, I let him go his way and find a girl who did not have that requirement.  Though this was hard, I pursued contentment as I waited for a man who would appreciate me for who I was.

3.  It involved my family and promoted accountability.

I am very close with my family, so any man dating me would become acquainted with my siblings and parents very soon in our relationship. Because I am close to them and they care about me, I want them to be aware of who I am making the big decision – because it is a big decision – of tying my life and affection to.

Any relationship needs to have accountability of some kind, whether it is parents or an older married mentor. This keeps a young couple on track, evaluating the spiritual and physical nature of their relationship and making a discerning decision of whether the relationship should continue toward the next level or not. By having a guy call my dad, he realized to whom he was accountable. He realized he should not be taking advantage of me, because my dad loves me – and he has his name and number. My dad never took advantage of that power, never hawking us or monitoring us outside of checking in now and then, but the fact a man would call my father increased both my respect and my father’s respect for that man.

You may be reading this and worry that if you were to implement this standard, you would never end up in a relationship with a godly man. Let me tell you this: four men, including my fiance, called my dad to ask to date me. Four men made the effort, and the best one for me made the cut!

Good men are willing to do what it takes to show a girl she is treasured. The girl just has to be willing to wait for these kind of men, instead of jumping at the first guy who asks them to be their girlfriend. Certainly in some cases the first one IS ‘the one’, but we should be very discerning and prayerfully consider the choice we make when it comes to a relationship. This choice has life-altering power, for good or for ill.

The key to this strategy in dating is contentment (read more about this in my post The Ring, the Bling, and the Next Big Thing). If the woman is content to wait, and knows her value, she is able to turn some men down without worrying when her next opportunity will be. She knows that God is bringing the right one along in His timing.

When Josh asked me to be his girlfriend, he had called my dad a full month before – without me even knowing. I felt unbelievably treasured to know he put out that effort, and that my family supported my choice of a guy.  This was especially helpful since our entire dating relationship, engagement and first few years of marriage took place twelve hours from my family.

At the edit of this post, we’ve been married six years – and even today I am grateful for observing this standard in my dating relationships. It blessed me enough that I would encourage my daughters to follow the same boundary, not just because of the above benefits I saw, but because of the sweet relationship I already see between them and Josh.

We act according to what we believe about ourselves, and Christ empowers us to be capable, confident, and complete. The only love stories written quickly are Harlequin novels. The best things in life really are worth waiting for.

← Resisting Holy: How to Embrace Your Identity in Christ What I'd Tell My Daughter On Her Wedding Day →
0
0
Your Cart
Your cart is emptyReturn to Shop
Continue Shopping