Are We Part of Esther’s Anointing? 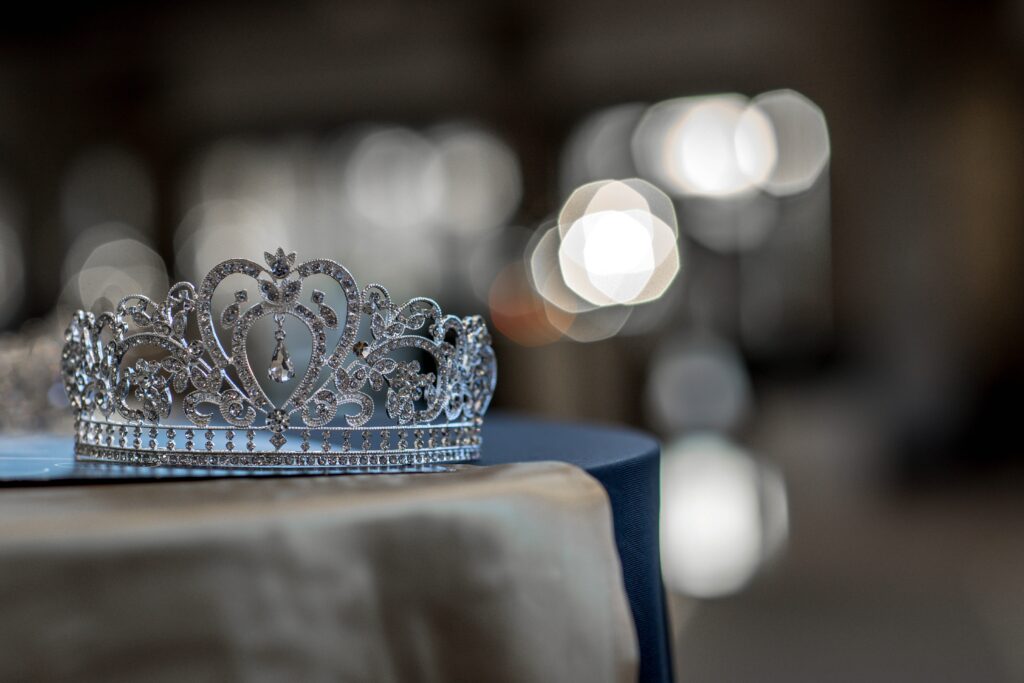 A few months ago (in the heart of 2020) I received a rush of questions regarding “the Esther anointing” – a particular anointing of God on women to bring the power and transformation of God’s kingdom to political and social spheres. This phrase was new to me and I could not find much regarding its origins. Eventually I was clued into the book from which the phrase was taken: The Esther Anointing by Michelle McClain-Walters. This is not Mclain-Walters’ first or only book – she is also the author of The Deborah Anointing and The Anna Anointing. 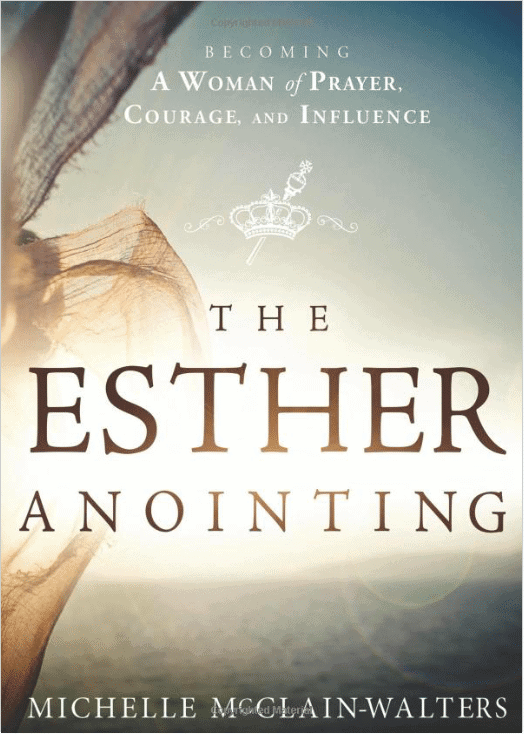 Much of the usage of the Esther anointing concept, though, was divorced from the actual book (which was written in 2014). I am not sure how much of what was said regarding the prophetic need for an “Esther anointing” was actually rooted in McClain-Walters’ teaching or if it was expanded by the teachers and Instagram influencers who adopted its title. Whatever the case, the book presents a broad call for women to rise up into places of influence in society in order to bring the kingdom of God to bear. Following Esther’s personal journey, we are taken through a “process” of walking in this anointing.

“The Esther anointing is a grace that is being bestowed upon women to influence the current culture for the purposes of the kingdom of God… one of courage and righteous boldness exercised with great wisdom to confront injustice and deliver a generation from destruction.” (pg 5)

The book consists of ten chapters:

Each chapter is based on a portion of Esther’s life (her captivity in the harem, her favor with the palace, her beauty treatments) and includes declarations, or one-line prayers, affirming God’s truth over oneself: “I am a woman who has mental, emotional, and spiritual fortitude. New strength is arising within.” This is then followed by a written prayer.

As a publication of Charisma Press, The Esther Anointing comes from the charismatic/hyper-charismatic corner of Christendom. This is important to understand before even picking it up. Charismatic Christians almost have their own lexicon: they use words that are foreign to other Christian traditions. McClain-Walters employs these throughout the book, and a reader with no framework for them may find it difficult to understand the biblical points she makes:

“Many times I have taught that we don’t decide our destiny; we discover it. When destiny comes knocking at our doors, we may not often recognize it because it’s not glamorous, it involves some death to self, and it always involves people other than us.” (pg. 49)

Words like “awakening”, “breakthrough”, “destiny” and “activate” are used throughout to explain God’s calling, sanctification, conviction, and purpose (though sometimes she uses both the above terms and the more traditionally understood terminology, at the same time). Regarding “awakening:, she says:

“To be awakened has the connotation that you collect your faculties. You arise from a place of obscurity, indifference, and inactivity. It also means to rise up and take a stand, to appear, to produce, to be revived from ruins… rousing oneself or being roused in order to take action, as in the call of Esther.” (pg 52)

With enough reading, her actual meaning can be determined: awakening is a burden from the Lord for a specific issue over which you pray and take action. There were many portions I had to re-read a few times to figure out what exactly was being said (and I grew up charismatic!).

Perhaps the biggest doctrinal concept woven into this book is its eschatology, or end-times theology. McClain-Walters seems to adhere to “dominion postmillennialism”: the idea that, as Christians walk in their gifts and the power of Christ, they bring the kingdom of God to earth, transforming it by their spiritual dominion. Because of this, the world will get better until Christ finally returns.

“God is expanding and increasing the rule of His kingdom. Therefore, He has to establish order and justice. This happens through His judgment and your prayers. Like Esther, you have been strategically positioned as His queen over a territory, and as you pray, you are establishing God’s order to things that have been out of order.” (pg 67)

This eschatological view is the cornerstone of the book.

The last point I want to make is regarding McClain-Walters’ hermeneutic, or method of interpreting Scripture. The Scriptural support in the book seems to be almost 90% Old Testament, which would not pose an issue except for how it is used. Passages that are poetic in nature, or specific to Israel, or generally descriptive are used in prescriptive and systematic ways. Sometimes the point she makes checks out against broader theological truths, but other times seems forced. She also makes frequent use of the Amplified version which, while helpful, is essentially a bible with commentary implanted in the text. The commentary portion should not be confused with the inspired portion, and at times it seems these are held on equal level (such as on page 93).

There are many good things about The Esther Anointing. It emphasizes prayer and intercession; it commends (and encourages) acknowledging sin; it expects repentance; it encourages dependency upon the Lord. There is much to be admired in its treatment of bold prayer, holy living, and seeking God’s direction as we use our influence:

“When making a decision, you must always begin with the heart and mind of God. You must start with what is right according to the principles of the kingdom and not what is acceptable…. Esther needed to know the heart and mind of God and line up with it so that His destiny [calling/purpose] for her would be fulfilled. How else would she have known? How else would you know?” (pg 55)

One concerning portion is the chapter on trauma. While I do believe the author’s good intent, charismatic theology possesses such a high view of healing it can sometimes downplay the healing process for trauma. Nowhere in the chapter was it recommended to seek professional help for abuse. While it is true that we “have the power to choose what attitude [we] have toward the traumatic events that happen to us” (pg 15) the chapter oversimplified this.

Another concern goes back to the hermeneutic of the book. Conclusions are drawn and sweeping statements made that are not adequately backed up by Scripture in its rightful context. While there is no outright heresy (McClain-Walters seems to truly love and seek the Lord) passages of Scripture are used in such a way to support the foregone conclusion rather than speaking for themselves.

One of the biggest issues with the book isn’t with the book itself, but with the use of Matthew 16:19 and 18:18 by charismatics at large, which inevitably carried over in The Esther Anointing’s theology:

“The Bible says that whatever we bind or permit will be bound or permitted in the earth (Matt. 16:19, 18:18). We can begin to speak a thing and it will be established (Job 22:28). We have the power through our prayers to stand as a gatekeeper and as a force against the powers of darkness. We have the power and authority to drive the devil out of the affairs of mankind. All the authority of the devil in the earthly realm is illegal.” (pg 71)

John Gill talks of Matthew 16:19 (“I have given you the keys of the kingdom of heaven”) this way:

“Keys are the ensigns of treasurers, and of stewards, and such the ministers of the Gospel are; they have the rich treasure of the word under their care, put into their earthen vessels to open and lay before others; and they are stewards of the mysteries and manifold grace of God, and of these things they have the keys…these words have nothing to do with church power and government in Peter, nor in the pope, nor in any other man, or set of men whatever.”

As for this usage of “binding on earth”, the entire context of this verse is regarding church discipline and unity in the Body of Christ. It has nothing to do with restricting demonic forces. Bruce puts it this way:

“The binding and loosing generically [equals] exercising judgment on conduct; here specifically [it is] treating sin as pardonable or the reverse.”

Spurgeon described it as God “ratifying” the decisions of the church regarding those who must be excommunicated. Again, this is not about being a “gatekeeper” against powers of darkness. Unfortunately, this misinterpretation of Matthew 18:18 is so significant it reverberates throughout the book, affecting its thesis of kingdom dominion.

I truly believe that Michelle McClain-Walters is a sincere believer who is passionate about women walking in the light of Christ. I also think, for mature believers who possess discerning abilities, The Esther Anointing may move them to bold prayer and action in their communities. But due to the number of hermeneutical and interpretative errors in the book, I can’t recommend it – particularly for young or new believers. Boldness and courage in our culture are ultimately accomplished by the Spirit of God through us (a fact with which I am sure McClain-Walters would agree) but it is possible to get there through a book or study which adheres more closely to Scripture’s original intent.

← The Kingdom Call for Conservative Christians On MLK Day: What If We Listened? →
0
0
Your Cart
Your cart is emptyReturn to Shop
Continue Shopping