The Kingdom Call for Conservative Christians 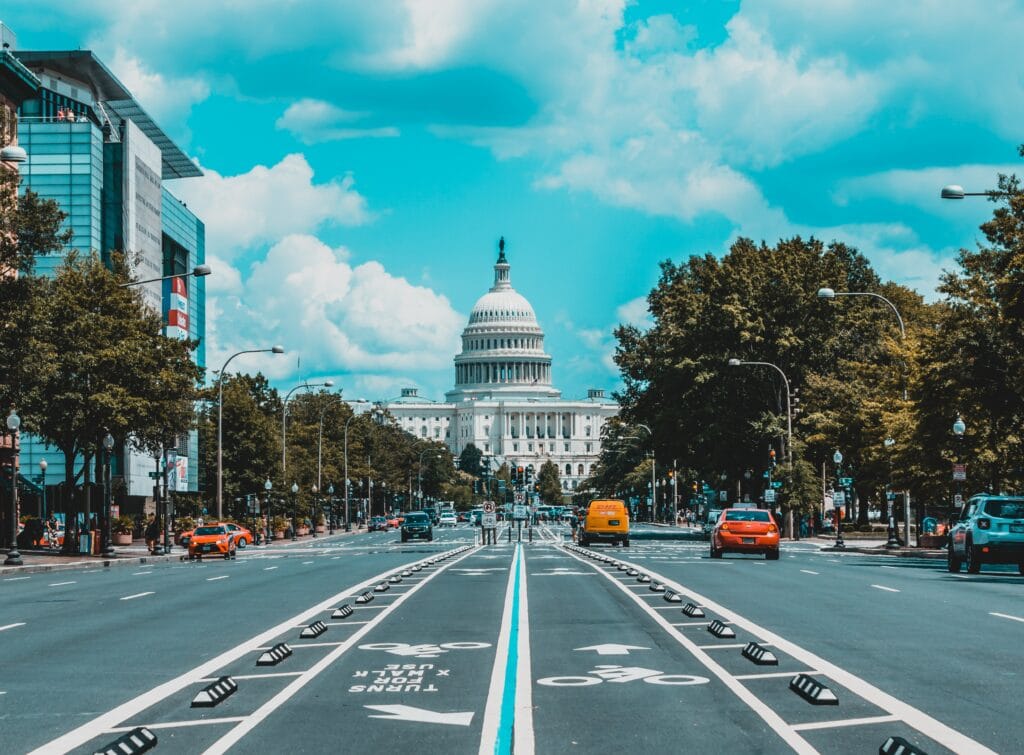 We cried out when our “amen” was threatened.

So Wednesday, were we grieved? Were we weeping? And if so, what for?

There has been weeping for the loss of an election. There is mourning over “what is to come” and dire predictions for America and the church. There is grief over a new administration, one which controls House, Senate, and presidency. But is this where the grief is best directed?

We – the theologically-conservative church – have a sharp eye for cultural deviance from biblical values. We can spot it coming from a mile away. But are we nearsighted to the big picture? We hunt down words that smell of critical race theory and look for Marxism under every rock, but have we overturned the stones of hypocrisy here?

This summer, the Christian sector was quick to squelch any defense of BLM riots as the explosive cry of an oppressed people. Now another people, extremists believing themselves oppressed by a stolen election, have stormed the seat of our government. Do we accept their outrage while denying another’s?

I did not climb the capitol wall. I did not bash in the windows, carry the Stars and Bars to Congress, or fire a fatal shot.

Of course not. But is there true, heartfelt grief over those who did? Or is the grieving limited to the transfer of power and movement to a new administration?

There is a kingdom call for conservative Christians, and it requires a change of mind about the political sphere.

God’s Sovereignty is Not Candidate-Specific

Some of you are already trying to discern how I voted and where I stand; some of you have decided I’m a “social justice warrior”, a sell-out evangelical. Some of you will proudly unfollow and slander my name. So be it! I’m not here to argue the biblical roots for racial justice and I’m not shaming people for voting for Trump, nor am I admitting who I voted for (it might surprise some of you). I’m writing this to make a theological point more than a political one: if we call ourselves believers in the living God, integrity is the lowest bar to meet. The things we get angry about speak of our values. Do those values apply when our own sector fails? The world is watching to see if the conservative Christian church is evenhanded in its offended-ness.

Is it as angered by a breach of Congress as it is by a breach of orthodoxy? And will we maintain our view of God’s establishment of leaders with our new pagan king, or has that theology run its course?

Of course, Christianity is not a monolith. Not all of us are extreme in our political loyalties; many of us can yet discern nuance. Many more are trapped in the messy middle, politically homeless, torn by the unacceptability of right and left both. But for all of us – the Trump voter, the Biden voter, the independent, the pacifist – there remains a truth in Romans 13:

“Let everyone be subject to the governing authorities, for there is no authority except that which God has established. The authorities that exist have been established by God.” (Romans 13:1)

God’s establishment of political authority was widely articulated during Trump’s administration. God “raised him up” to accomplish His purposes, it was said. As Biden takes office, has God resigned? Does He no longer oversee who rules and reigns a nation or use pagan kings for His purposes? “Surely the arm of the Lord is not too short to save, nor His ear too dull to hear.” (Isaiah 59:1) If we believe God sovereign only when our candidate is in power, we do not believe God is sovereign at all.

“As ruler of all the universe, God controls all the affairs of human history – including especially the governments of the world. God’s people therefore never need to worry about whether secular states might thwart God’s will, for, as Isaiah reminds us in Isaiah 40:23-24:

“God brings princes to naught and reduces the rulers of this world to nothing.

than He blows on them and they wither, and a whirlwind sweeps them away like chaff.”

Paul wrote Romans 13 during/within the context of great political unrest and “growing unrest with the power of the government”, according to Moo. This resulted in a tax revolt in A.D. 58. And yet Paul still calls Christians to show respect and deference to the existing government. Will what was said about the previous American government ala God’s sovereignty be said in this new ‘regime’? It should.

America is Not the Guard Dog of the Kingdom of God

One of the concerns of politically conservative Christians is the potential infringement on religious freedom as America changes hands.

Yet within decades of America’s founding, elections were likewise fraught with prophecies of impending doom. Jefferson’s election in particular was feared by Christian leaders and adamantly opposed by many. “The open and warm preference of a manifest enemy to the religion of Christianity… would be an awful symptom of the degeneracy of that nation,” said Dutch reformed minister William Linn. Christian leaders remembered the recent French Revolution, which – as scholar Frank Lambert puts it – “was to them a case study of what happens when infidels gain control: churches ransacked, divine revelation ridiculed, and Christ mocked by “goddess of Reason”.

A vote for Biden is a vote inviting secularization, it is said. Secularization will lead to persecution. Listen: Persecution is coming and is already here. According to OpenDoorsUSA, there are:

It is good to defend religious freedom. It is good to desire open doors for the church. But let us not confuse our spiritual allegiance with a political one, or assume America is the designated guard dog for the kingdom of God. The church is bigger; America is not the new Israel. The church is worldwide, thriving in the persecuted places, growing exponentially despite heavy oppression (Iran and China). Is America “the last free space” for Christianity? Perhaps. But in protecting the space to exercise religion, we must not cease to actually practice it. As Chinese pastor Bob Fu put it:

“Are we so intimidated by the culture, by the privatization of faith, by being accused of being right wing or all kinds of labels, or narrow minded? And then, we retreat from the public square, we retreat our faith, and from, instead of really as Paul said, “We in season, out of season, we pray to the gospel and woe to me, if I stopped that”?”

Let us not forget the past as we look toward the future. Other administrations were deemed catastrophic to the church, yet here we are. Other kingdoms and powers oppressed and persecuted us; yet the gospel goes forth. Our focus must be on the right things, kingdom things.

Are we as concerned with proclaiming the gospel as we are with preserving the space in which it is proclaimed?

In Jewish and Christian literature the sea is symbolic of a restless evil, tumultuous and overwhelming. It’s why, in Revelation 21, the new creation is described containing “no more sea” (Rev. 21:1). In the coming Messianic kingdom the churning evil of this world will no longer exist. Restoration is coming.

But the restoration coming is not centered in the USA; it is centered in the kingdom of God. In our zeal for Christ’s return, let us not confuse who He is returning for and what He is returning to do. Particularly among premillennials, who see the world getting worse prior to Christ’s return (tribulation), politics become a frenzy of “signs” pointing to the Second Coming. Premillennial eschatology can be a hopeful way to understand Scripture, but only if bridled by God’s omnipotence. Unhinged premillennialism leads to anxiety, fear, and misapplication of priority. Jesus was very clear about the days leading to the end:

“You will hear of wars and rumors of wars, but see to it that you are not alarmed. Such things must happen, but the end is still to come.  Nation will rise against nation, and kingdom against kingdom. There will be famines and earthquakes in various places. All these are the beginning of birth pains…Because of the increase of wickedness, the love of most will grow cold, but the one who stands firm to the end will be saved. And this gospel of the kingdom will be preached in the whole world as a testimony to all nations, and then the end will come.” (Matthew 22:6-8, 13-14)

It’s worth noting that these verses have been true of all history since Christ. And, rather than read this passage hunting for symptoms of doom, pay attention to what Christ expects of His people: the one who stands firm will be saved. Jesus is even more specific about this at the conclusion of the passage:

“Who then is the faithful and wise servant, whom the master has put in charge of the servants in his household to give them their food at the proper time? It will be good for that servant whose master finds him doing so when he returns. Truly I tell you, he will put him in charge of all his possessions. But suppose that servant is wicked and says to himself, ‘My master is staying away a long time,’ and he then begins to beat his fellow servants and to eat and drink with drunkards. The master of that servant will come on a day when he does not expect him and at an hour he is not aware of. He will cut him to pieces and assign him a place with the hypocrites, where there will be weeping and gnashing of teeth.” (Matthew 22:45-51)

The Master is yet away. What servants in the house of God have we beaten? What crude and vile behavior have we excused? Have we stood firm for the gospel and its outworking, or have we compromised it, adapted it, politicized it?

Psalm 77 is titled In the Day of Trouble I Seek the Lord. It says:

The clouds poured out water; the skies gave forth thunder; your arrows flashed on every side.

The crash of your thunder was in the whirlwind, your lightnings lighted up the world; the earth trembled and shook.

Your way was through the sea, your path through the great waters; yet your footprints were unseen.

His way is through the restless evil of this world. Not around it. Not in spite of it. Not even getting rid of it. Through it. He is not always seen in His working, yet He leads us – vulnerable and unwise on our own – straight through depths that would consume us.

Politically conservative Christians: be grieved by the things God grieves. That includes both the death of unborn children and a noose outside the Capitol steps.

Be as incensed at the evil of domestic terrorism as you are at desecration of an “amen”.

Be conscious of God’s sovereignty.

Be hopeful for restoration, but remember what Jesus comes to restore is not a political regime (right or left).

Stand firm until the end – on the gospel and on Christ.

← My Boundaries with Technology for 2021 Are We Part of Esther's Anointing? →
0
0
Your Cart
Your cart is emptyReturn to Shop
Continue Shopping