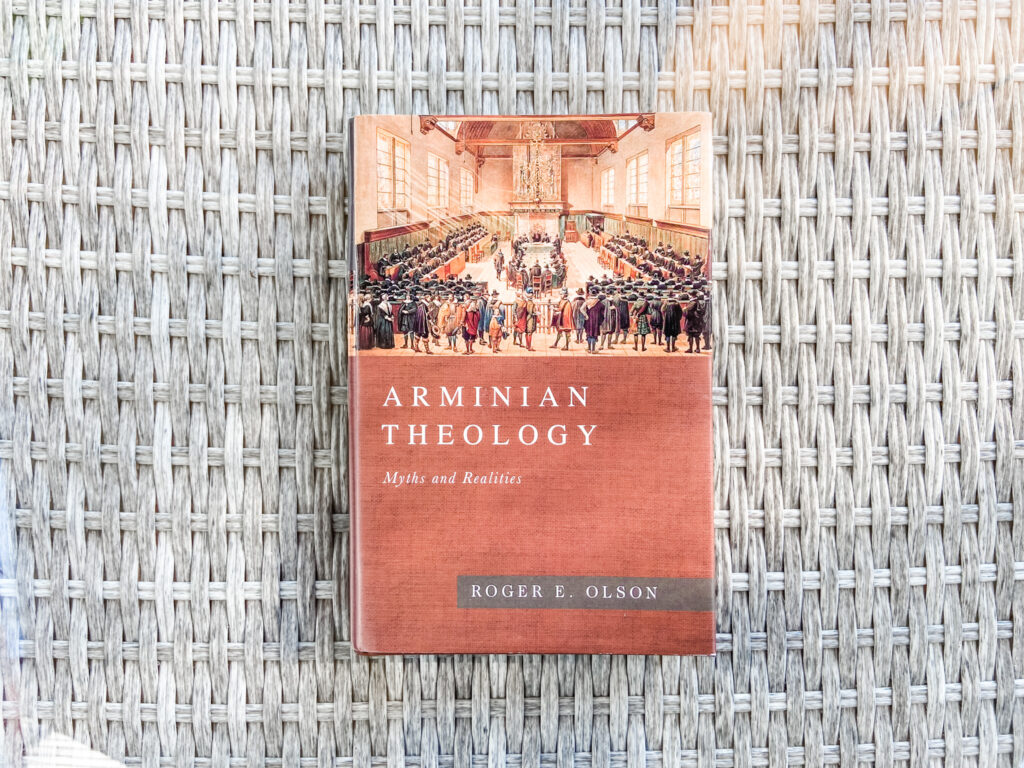 In my time writing about theology and faith for laypeople, the topic shrouded in most confusion, misinterpretation and misunderstanding is undoubtedly Arminian theology. I suppose other writers have different pressing issues to confront, but in my world, Arminian theology is it. Because I am one of few openly Arminian, female Bible teachers writing on a topic dominated by Calvinist voices (theology) my exposure to the confusion about Arminianism is probably exaggerated. Not everyone experiences this.

But it has given me a niche. People who want to know about libertarian free will, how to understand biblical predestination if you’re not a Calvinist, and whether Arminians are indeed “false teachers” on the verge of theological liberalism gather each Ask Anything Monday to pose questions about this theology. That’s why I am so delighted to offer this book review! I think it will give readers – Arminian, Calvinist and undecided – the push to understand Wesleyan-Arminian history accurately and argue for/against it rightly.

Roger Olson is the OG of classical Arminian theology. What I love most about his writing is how gentle he is (while also weaving in SO much history and humor!). This is a deep book, but even if you read it in small chunks you’d get the sense of Olson’s companionship as you read. He really wants his readers to understand the point, and he makes effort not to leave them behind in the whirlwind of history and theology.

This book specifically confronts myths about Arminian salvation theology. That’s important. It’s not a systematic theology book explaining all the details of Wesley’s thoughts or Arminius’ original teachings (though he refers to both repeatedly). Instead Olson deals with myths and questions and reservations people have about Arminianism or Calvinism. Most chapters go back and forth between the “sides” showing why they object to one another. Through all of this Olson is painstakingly gentle, but also honest (as only a frustrated Arminian can be) about how Arminianism has been demonized over the course of hundreds of years. If you read that sentence and think, “Rightly so…” – you need this book. 🙂

The book contains an introduction and ten chapters:

If I can give one word of advice before looking at a few quotes: read the introduction. In the book particularly the introduction is vital to grasp Olson’s heart in writing the book. It will set the tone for everything else you read.

This is a book about theology and doctrine. There is no way I can sum up ten chapters of rich history and biblical teaching in one short paragraph! (After all – my goal is for you to read the book!)

The first thing to know (which Olson fleshes out in historical detail) is that Arminianism is not a departure from orthodox, sound, Christian teaching in Protestant (non-Catholic) churches. It’s actually a branch of the Reformed tradition. Arminius was himself one of the Reformers and trained under Calvin’s successor in Geneva, Theodore Beza. As I discussed in this podcast episode, Arminius never taught Pelagianism or semi-Pelagianism (the idea that man has no original sin and can come to God of his own free will with no prompting by the Holy Spirit). Arminians and Calvinists have a lot more in common than many understand. As Olson says:

“Common roots and themes abound; shared emphases are more numerous than most people think. It is unfortunate that so many people, including pastors and theologians, pit Arminianism and Reformed theology against one another as if they are necessarily at war, portraying them in such a way that only one can be orthodox. One popular Reformed apologist remarked to his audience that in his opinion only one of the two can “honor scripture”… [but] neither tradition is the gospel itself; both are fallible attempts to interpret the gospel and scripture; and both can honor them even if one or both is wrong on certain points.” (page 46)

The theological discussion in this book is so rich, thought-provoking, and detailed. But in order to benefit from it, I think the reader must truly grasp the spirit of what Olson is writing. He builds on the previous quote throughout the book, but I think this sums up the attitude a reader must take:

*Note that the use of the term evangelical here is theological, not political.

Olson is unapologetically a classical Arminian (or a true/Reformed Arminian, one might say). Of course his bias is toward Arminianism; that’s what the book is about. If you’re looking to this book to be a “fair shot” at Calvinism, re-read the title and reset your expectations! That would be like expecting Wayne Grudem’s Systematic Theology to pitch Catholicism. Just because Olson primarily defends Arminianism doesn’t make this book “unfair” – it’s doing exactly what it sets out to do. Read it alongside a Calvinist source if you want another perspective (Olson and Ferguson – I think – also have a two part book series called For/Against Calvinism that accomplish this purpose!).

That said, for being an Arminian theology book it is remarkably balanced and fair. Furthermore it is laced with graciousness, kindness, and willingness to rejoice in the goodness that Calvinism has brought to the Christian table. Few authors can do that on a topic as sensitive and polarizing as this one. It’s one reason the book is so worth reading!

I pretty much only review books I can recommend (I just don’t like the business of being a mean book reviewer! Maybe because I’m an author!), and this one has my wholehearted recommendation regardless of where the reader is on the theological spectrum. It will either give you a needed perspective for conversations with Arminians or it will help you enrich and develop your own Arminian theology. It is heavy on church history and relies on the writings of Arminius, Wesley, Oden and others to provide context. This is all helpful for shaping the ideas.

As far as how difficult this is to read; I would label it “college level”. You need familiarity with the basics of Calvinist theology (at least) and a general idea of what Arminianism is before reading. There are a lot of terms, but Olson often defines them. I would suggest this to anyone who has Calvinist friends, engages in this debate online (bless ya) or who is a Calvinist and wants to know what Arminians believe.

A rich book, and you’ll keep it for reference in the future!

← When to Quit a Bible Reading Plan Hope Always: How to Be a Force for Life in a Culture of Suicide [Book Review] →
0
0
Your Cart
Your cart is emptyReturn to Shop
Continue Shopping