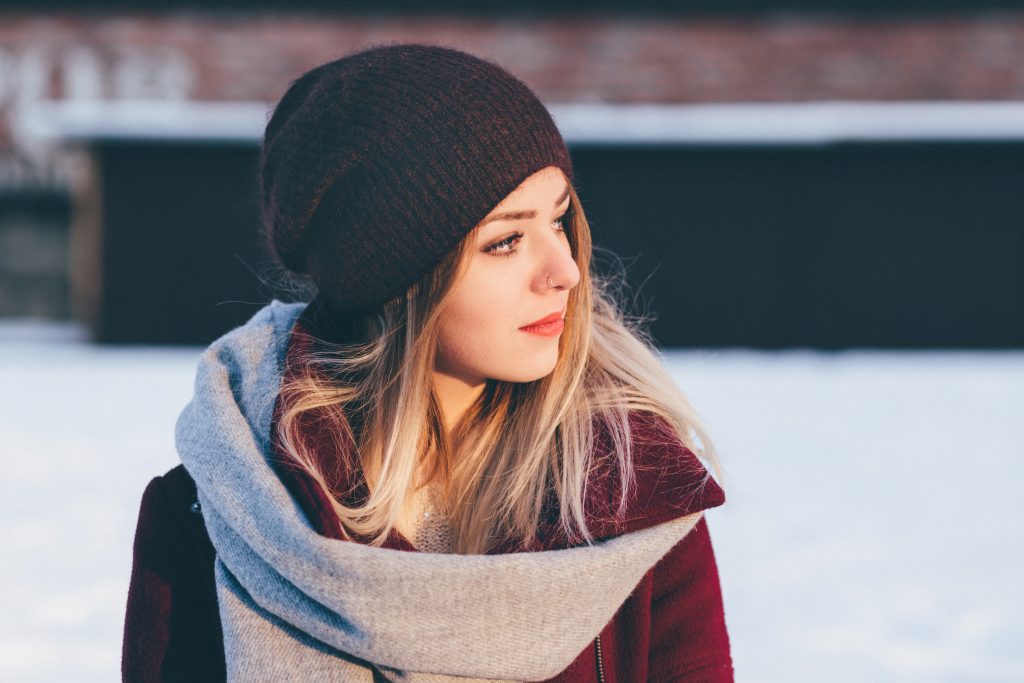 When I got your letter my heart sank to the pit of my stomach and I felt sick. I read the pain and confusion in every line; the desperate plea for clarity… for identity. When you met Jesus, you gave it all up for Him: all that identified you as you. Your makeup and nails and pretty things, your music and yoga pants. You gave it up because you thought you had to. You thought doing all the ‘right things’ was what faith in Him looks like.

And now you stand here, wondering who you are without who you were, confused, frustrated, and lonely.

Perhaps someone told you to get rid of your manicure in the name of vanity.

Perhaps someone told you your lipstick was too bright.

You’re at the beginning of this journey. But if you continue believing the Christian life is something that you do and earn, you’ll burn out. The weight of regulation will break your spirit, and you’ll crumple under the pressure of performance. And when you’re crushed beneath man’s ritualistic tradition, you’ll blame it on God.

But this isn’t God’s fault.

Because these should be actions motivated out of love: God-defined love. And God defines love by commitment and sacrifice.

You look to your left and see them giving up on virginity because it’s ‘enslaving’ and ‘objectifying’.

You look to your right and see them throwing out modesty because it’s  ‘inhibiting’ and ‘slut-shaming’.

You see so-called Christians making every possible excuse to stand on the fringes of discipleship.

They trample virtue because they are not motivated by God-defined love. When sexual wholeness is a requirement of law rather than a choice of trust, it is no surprise these girls kick against the goads and scream at the injustice of it all.

Dear girl, the Christian walk is a burden and bondage only to those who stumble over Jesus instead of trusting His heart.

Peter warned us about these people – the people who build rules just to reject them, then blame God when their legalism fails.

“This precious value, then, is for you who believe; but for those who disbelieve, “THE STONE WHICH THE BUILDERS REJECTED, THIS BECAME THE VERY CORNER stone,” and, “A STONE OF STUMBLING AND A ROCK OF OFFENSE”; for they stumble because they are disobedient to the word, and to this doom they were also appointed.” (1 Peter 2:7-8)

In Mark 7, the Jewish holy leaders stumbled over Jesus. They stumbled over Him because He was not obeying the ‘rules’ – rules set up not to know God better, not to worship God fully, but to improve appearance and reputation. The rules made them look ‘holy’ while simultaneously violating the actual law of God (Mark 7:9-13).

Pharisees come in many colors.

Theirs is a law of lawlessness and pseudo-grace.

They claim a ‘free’ and ‘holy’ life without the confines of virtue, honor, and self-control. They believe God’s love is license for sexual promiscuity, drunkenness, greed, anger, and slander. They claim God’s grace as a cover for their ‘Christian freedom’, but they are more consumed with how far they can go than how holy they can be. But there is no grace where there is no acknowledgement of sin (Prov. 28:13).

Then there are other Pharisees: those who, in an effort to honor God, make extra rules to guide themselves into holiness. At first, they mean well. But when wearing skirts, using a Bible version, and abstaining from makeup and manicures obscure their vision of Jesus – there is no merit in that good behavior.  When they’re fenced in by their own rules of good behavior, to the point they can’t love the scarred and sinful of this world – they’ve missed the point. It’s just rules.

Stop following the cultural Christians who give license to watered-down discipleship, boasting no real difference in the lives of its followers.

Stop following the legalists who distract from God’s mission by taking pride in their self-built righteousness.

And start following Jesus, who makes you holy by what He’s done – not what you’ve accomplished.

Jesus said we’d walk a narrow road (Matt. 7:14). It’s a path that winds thinly between legalism and compromise. But it’s the path of peace and joy and love, because it’s the only road where you’ll find Jesus – the source of all those things. Jesus isn’t interested in moral codes and personal freedoms: He’s interested in your relationship with Him.

Because He loved you enough to die.

If by knowing Him you feel led to give up your manicures and makeup – then do so, if it means loving Him more.

If His holiness convicts you about the lyrics you’re consuming – give them up, if it means knowing Him better.

Dear girl, following rules is an empty way to live. It is a joyless, frustrating, pointless way to live. And it’s not God’s intention.

“But you are a chosen race, a royal priesthood, a holy nation, a people for his own possession, that you may proclaim the excellencies of him who called you out of darkness into his marvelous light.” (1 Peter 2:9)

The chosen ones, the royal ones, the holy ones: they live beautified lives, but not to prove something to the world. They live a life of holiness because they’ve already been proven. The work has been finished on their behalf.

Your work has been finished. You have nothing to prove.

So follow Jesus. Love Jesus. Know Jesus, and your life will reflect the radiance and virtue that only comes from the face of God.