It Takes More Than Two to Make a Marriage 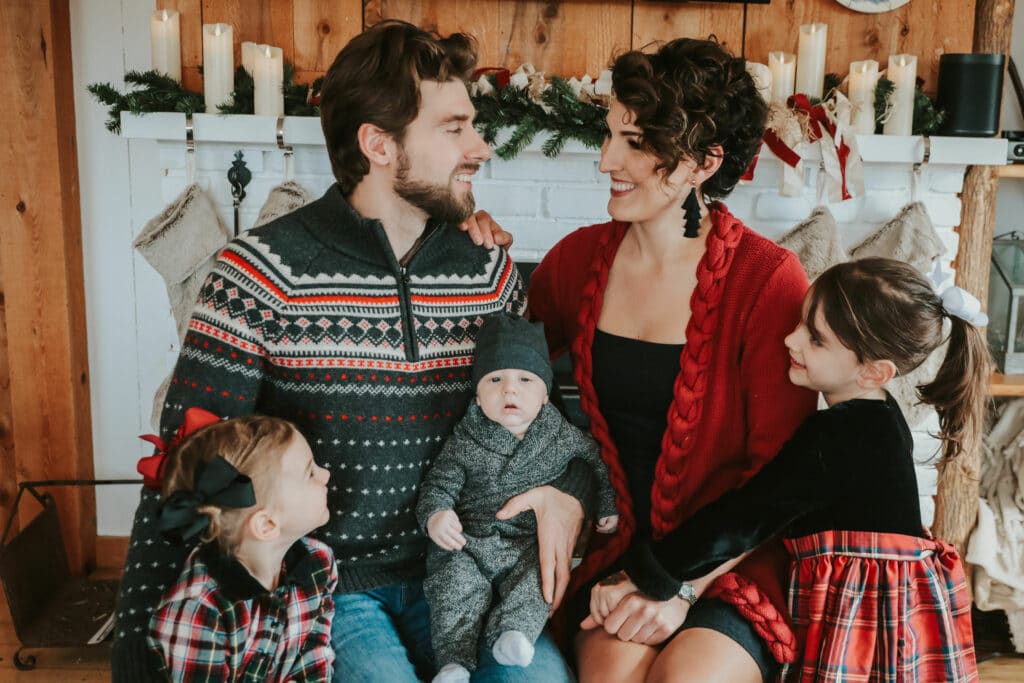 My hands shook as I poured a glass of tea and my voice trembled when I spoke: “So… in my marriage…” I almost choked on the words launched into a circle of women I barely knew. Women older than me, married ten, fifteen, thirty years to my three. Women whose marriages looked happy and beautiful and good.

But I was desperate. There has to be better than what I have.

So I told them the truth, my voice laced with years of resentment and hurt. My disappointment registered stronger than even I knew, my loneliness dropping to the flagstone heavy and cold. Our marriage was good one day, terrible the next. We were about to have our second baby and the arguments just didn’t stop. Josh didn’t understand me, and I blamed and resented him for it; I refused to acknowledge Josh’s gentle personality as a strength, and ignored his interests and needs. I knew it was bad. But I didn’t know how to fix it.

Perhaps because my confession was such a risk, I still remember the circle of faces around me – faces who I now count among my most trusted mentors and friends. But back then, they didn’t know me. And I didn’t know them. I risked their judgment in asking for input and risked their rejection in reaching out. They risked me dismissing their wisdom. But that confession became a turning point.

That was the day good women, whose marriages survived hard seasons of their own, poured themselves out for the sake of someone else’s covenant.

Our wedding day was a very communal event (all weddings are, but we particularly focused on this). We wanted our wedding to preach the gospel. We also wanted it to be abundantly clear to our guests that they were more than just attendees; they were witnesses. Their presence was our accountability.

It’s a weighty thing, standing beside someone at the altar. Whether or not the couple believes it, marriage is an eternal institution. To stand beside someone is to say, “I will hold you to your vows.” To attend someone’s wedding, to be counted among their closest family and friends, is to do the same.

But the reality for most Christians is an audience who doesn’t know or appreciate covenant, and therefore acts as thin accountability when things get tough. There are people who attended our wedding who are no longer in our lives (simply due to distance) and others whose life choices disqualified them from teaching us with moral authority. Others were too busy to bear us up, even when asked. As our marriage floundered in the middle years, God brought new people into our lives, people who held us to our covenant through their community influence. They were church people – the family of God – though not all of them attend the same body. In those hardest days of marriage, we learned just how communal our covenant had to be in order to survive.

The Day I Spilled the Tea

We were three years in when I clutched the misting glass of tea and asked for direction from strangers. I was embarrassed. I was ashamed. I was struggling with how Josh and I could be great one day and miserable the next. Is this how it is for everyone? We were both incredibly lonely, I was incredibly angry, and both of us felt cheated and betrayed.

I suppose I could have sat there and kept silent. I could have saved face (though I’ve learned: none of us are as good at saving face about our problems as we think we are). But there was a burning in my spirit, a sense that these women were not only grounded and good, but safe. They would tell me the truth, but they would tell it gently. Josh and I were going up against two family lines riddled with divorce and dysfunction, but in our fight to build something new, we were more often fighting each other.

I held my glass and spilled the tea. It was just the tip of the iceberg on all our pain, just a hint of a question from a searching young wife. They listened, and they advised me.

And I listened, and took the advice home.

When I thought about what to write for our seventh anniversary today, I meant to focus on Josh and myself. All my previous anniversary posts (below) have focused on this. But the words led me here, as I look back on the trajectory of our marriage, I turn to my shaking hands and trembling voice, the upturned faces, their pause and glances, and how – in the years forward – those same women would pray themselves out for me and my husband. How they would lift me up with hope and bring me down to truth, and – most of all – live out real, strong, good-fight marriages in front of me.

In Sara Hagerty’s book Every Bitter Thing is Sweet, she talks about the difficulty of her marriage’s early years. Those passages of the book were a comfort to me as a wife who sometimes felt alone in the slew of “My-husband-is-my-best-friend” Instagram posts.

“Reading about your marriage back then has encouraged me.” I told her at a writers’ retreat we both attend.

Her wise brown eyes locked on mine, she told me how now, nearing twenty years into her own covenant, those early years have paved the way for the best years yet. How the bitter really does become sweet, if you let Christ do His work.

Like Sara’s testimony from the pain of early years, the stories of real marriages – unsanitized, even battle scarred – strengthen us to keep the covenant. We can see how marriage can be hard and good, bitter and sweet, painful and healing all at the same time.

For Josh and myself, this is the year of the “seven year itch”. We’re told we could start to get bored, start to feel trapped. Instead, we feel grounded. We feel free.

Our respective personal growth, our counseling appointments, our willingness to humble ourselves – those things helped. But the backbone, the constant reminder of who we are and the God who brought us together? That backbone is the church. These people have fought for us, prayed for us, grieved for us. They have poured themselves out for us, some for a season, others for all seven years.

In Scripture, the number seven represents completion. Our marriage is far from complete. But I do believe our hardest years, and the trials and sanctification that came with them, have come to a close (even if just for a time). We’ve felt this for a while. And when I look back on those years, I see a stabilizing force, a safe place to land in what often felt like a storm. Many buildings. Many faces. Many denominations. The church.

Perhaps, in a small sense, there are more than two people in a marriage.

Perhaps there is an entire family of God.

← Apostles, Prophecy, and the Passion Translation with Mike Winger What Discernment Is Not →
0
0
Your Cart
Your cart is emptyReturn to Shop
Continue Shopping