What Discernment Is Not 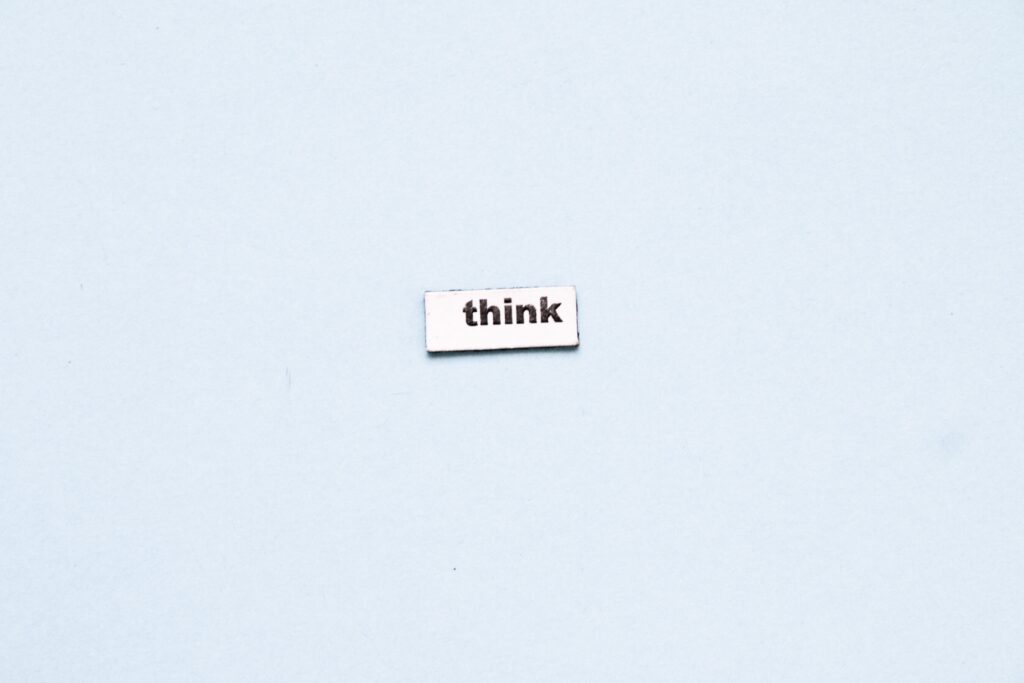 Do not be deceived.

How many times have I heard this verse quoted over the last twelve months? As Christians take to the interwebs warning of this deception and that false teacher, discernment becomes more pressing. And yet… it’s not just the false teaching we need to be discerning about. It’s the people WARNING against false teaching.

Yes: we need to be able to recognize the difference between true discernment and fear-led immaturity. Many of the very people talking about “discernment” are in the latter camp.

Beware of the “Slippery Slope”?

As I see more and more Christians talk about “discerning rightly”, it seems we need a refresher on what discernment is – and what it is not. Discernment, for the Christian, is not done from a place of fear. Discernment is not acted from a fear of deception, but from a standpoint of victorious confidence. We discern what is true because of the faith that has saved us, not because we are scared of a “slippery slope”.

Where does this fear-based “discerning” come from? It begins with a low view of the Holy Spirit. When the Holy Spirit is effectively powerless – or so ignored and downplayed that is what He becomes – it’s up to us to guard our minds. With this perspective, we are always on the brink of being deceived, and if we aren’t “woke” to the narratives of select Christian bloggers who have a corner on the “truth”, we’ll soon be progressive Christians who believe the Bible holds no authority for our lives (or so we are told).

Yes, there are false teachings and teachers in the world. You should be aware of them.

But you should not be afraid of them.

You have truth on your side. You have the Word and God’s Spirit declaring truth to you and helping you understand. The “slippery slope” ONLY occurs when you depart from the Word and the Spirit leading you. The issue is not – and never has been – the “slope”. The issue is the state of your spirit.

So what is the state of your spirit? The end result of the discerning life should not be removing oneself more and more from the world in order to prevent its influence, but a confident engagement with the world because you are unaffected by its influence. The well-known adage, “in the world, but not of it”. But how do we live fearlessly when so many Christians are telling us – explicitly or implicitly – that we should be afraid?

Fear-based faith never stops to ask, “Why am I so easily deceived in the first place?”

And when we stop to ask that question, we realize that the training of these spiritual head-hunters is inadequate and flawed. They were never practicing discernment at all. They were practicing fear.

But What About Boundaries?

The question which comes up when we face down fear-based Christianity is inevitably, “Well okay, but what about separating from sin?” Once again, the answer goes back to dependency on Christ’s Spirit. John 15: Abide in the vine, and you will bear fruit. Apart from Him you can do nothing.

The difference for the Spirit-led Christian – as opposed to the fear-based Christian – is that holiness is not something pursued out of fear, or because a blogger said something was “bad”, but from a place of listening to God and allowing Him to lead. The boundaries created will not be spawned by trepidation or guilt, but from love: a love for the God who loved us first. This kind of holiness is the kind that sticks. It’s a holiness that seeps from your very pores, it is so much a part of you. It is not forced upon you or guilted into you. It is not hearsay. It is conviction.

Discernment is a work of the Spirit and a product of His sanctification in our lives. This means it cannot be idolized (legalism) or ignored (hedonism).

Discernment, then, is not the ability to destroy any Christian with whom you disagree.

Discernment is not spiritual head hunting, making an Instagram highlight about how wrong every popular bible teacher is because she differs on secondary issues.

Discernment is not having a “bold” voice or a strong personality, nor the ability to use them to multiply followers.

Discernment is not piping up the day of controversy, quick to share opinions before processing them with the Lord.

Discernment is not blasting people in the comments or assuming you know their every standpoint; it’s not making broad assumptions or thinking the worst of fellow believers.

Discernment is not putting words in people’s mouths and wasting precious kingdom moments slandering the body of Christ.

Discernment is a spiritual work and a spiritual practice. It is slow, and quiet, and patient, and kind. It is thoughtful. And most of all, it is good, and it looks for good.

Hannah Anderson says of discernment in her book All That’s Good:

“Discernment is the ability to sort between a host of options and pick what is good. It carries the idea of judging the merits of something, being able to distinguish between good and bad and what is best… it does not change the challenges we face; it changes our abilities to face them.” (page 25)

“The goal of discernment is not simply to avoid the evil in this life; it is to learn what is good so that we might embrace and enjoy it.”

Look at Christendom and look at the world, judge rightly and judge truly, but do not judge from fear.

Discernment is not a work for weak-kneed.

Listen to the Podcast Episode