5 Reasons to Root Yourself Right Where God Has You 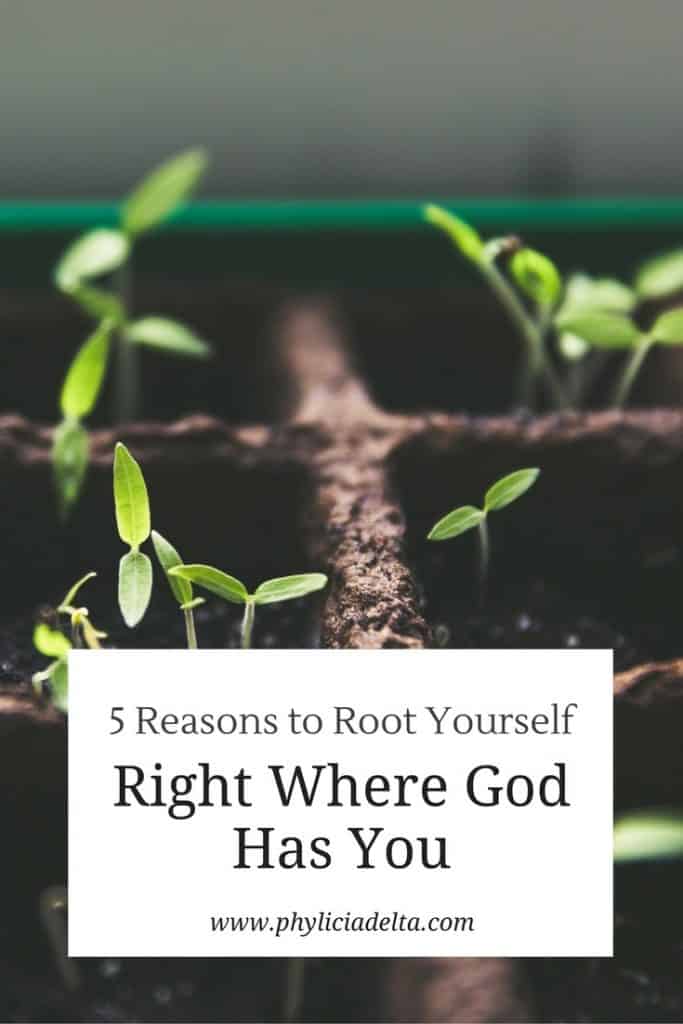 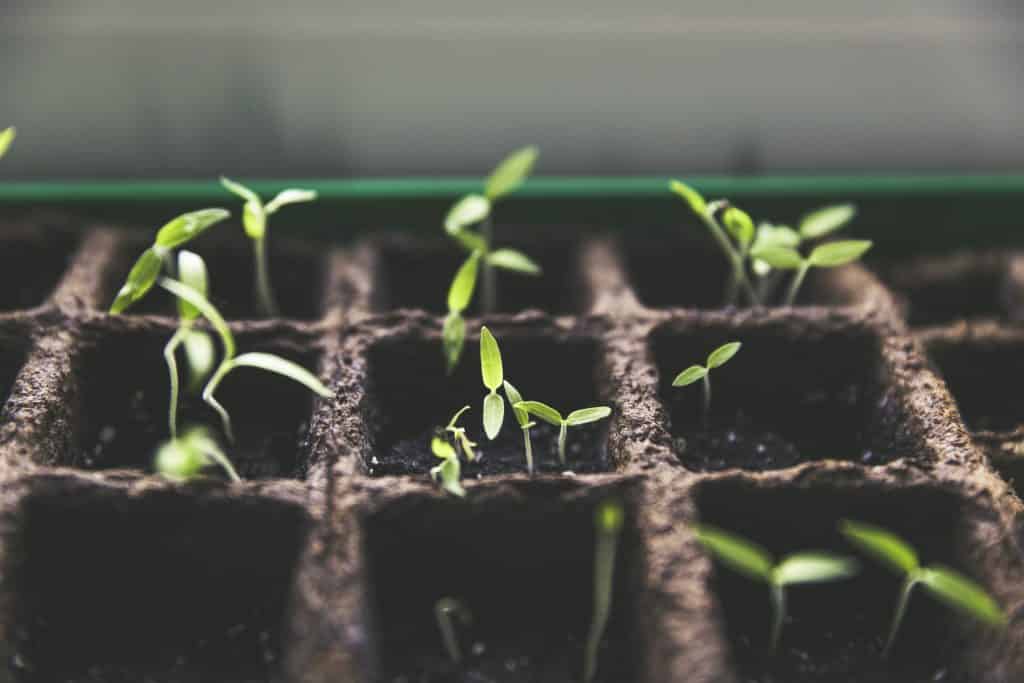 The best preparation for change is acceptance of where we are.

That’s a lesson I learned when I lived in Virginia, in a city of nomads and college students. I felt restless and alone. Yet the day I embraced my place, my world was transformed.

I don’t know if it was my outlook or my life or both, but when I accepted my planting, each day became incredibly meaningful. I began to put down roots; the very thing I’d refused to do for so long. Yet right when my roots were at their deepest – wrapping around friendships, finding a home – we were moved away.

I was transplanted, and it hurt.

As I write this, Josh and I are close to our one-year anniversary of living in Pennsylvania. We thought this was our forever home. Using what I learned in Virginia, I came here and put down my roots. I made friends. I toured the area. I planted a garden. I embraced my place – and God decided to move us once again.

You may be in a season you don’t particularly love: Singleness, an awful job, or overwhelmed by small children. You deal with it by living on the surface; never really embracing this place because you don’t like it, and you don’t want God to think you do. Today I want to encourage you to put down your roots, and here are five reasons to do so.

This Is Where You’re Meant to Be

If you’re here, embrace it. Be all there.

It would be nice to have a blueprint for the future, but we don’t get one. God doesn’t give shortcuts in the walk of faith.

If you want to know what’s next, draw near. Stop looking for the plan and seek the Planner. Stop trying to figure it all out apart from Him. To be a Christian is to live by faith (Rom. 1:17), not just for eternal security, but for the choices of today.

Be the good seed in the soil of God’s Word (Matt. 13). Put faith in His promise, and put down roots in His love.

You Are Called to Be Faithful

This place is your “little”. Will you be faithful with it?

We are called to be faithful, not just with material possessions, but also with our place in life. If we are not faithful with the things we don’t like and the places we don’t want to be, how can we be trusted with the things ahead? Short answer: We can’t.

When we live on the surface of God’s will, we miss out on the depth of His intentions. We miss out on community, friendships, and growth. These are not just blessings; they are responsibilities. They are part of our call to be witnesses in a perishing world (Matt. 28:20). Faithfulness is a discipline of the heart and a fruit of the Spirit (Gal. 5), and only by remaining in Christ do we bear the fruit of faithfulness in every season (John 15).

You Are Being Sanctified

We resist roots because they can hurt us. We know the pain of being transplanted, and we don’t want to experience that loss. But we deceive ourselves in living this way, because the real loss happens when we refuse to embrace God’s will.

You can resist your singleness, refusing to live faithfully. But you will enter marriage far less equipped than God intended.

You can resist your job, rejecting respect and tarnishing your witness. But those same attitudes will follow you to your dream position.

You can resist joyful motherhood, believing the lie that “just a mom” isn’t enough. But you’ll live with a guilt God never intended for you.

Roots result in growth. You can’t grow without them. Take the risk.

You Are Being Prepared

Finally, root yourself so you’re prepared.

I’ve transplanted several plants in my garden. If they had brains, I’m sure they’d question why I bothered to plant them in their first location, since I was only going to move them anyway. If they were human, they’d probably refuse to put down roots in that first location – why bother, after all?

But because they put down roots where I planted them, they thrived when they were moved. The simple act of putting down roots prepared them for new growth.

In three weeks we’ll be transplanted to Michigan, and it’s going to hurt.

I’ve had a lot of thoughts in this season; a lot of self-doubt and questioning. I’ve wondered if we’re quitters, leaving this place when we’d just gotten settled. I’ve been sick over leaving our friends. I’ve worried that we made them feel “used”, leaving as we are after only a year. I never thought corn fields could make me cry, but now they do, because we’re leaving Lancaster County for good. Maybe I’m jealous of their roots, because they get to stay here.

This pain is why we resist the roots. It’s why we live on the surface of God’s call, never really investing where He has us. We withhold from community, from giving, from spending out, all to protect ourselves from the pain. But in doing so, we never really live.

“That person is like a tree planted by streams of water,

which yields its fruit in season

and whose leaf does not wither—