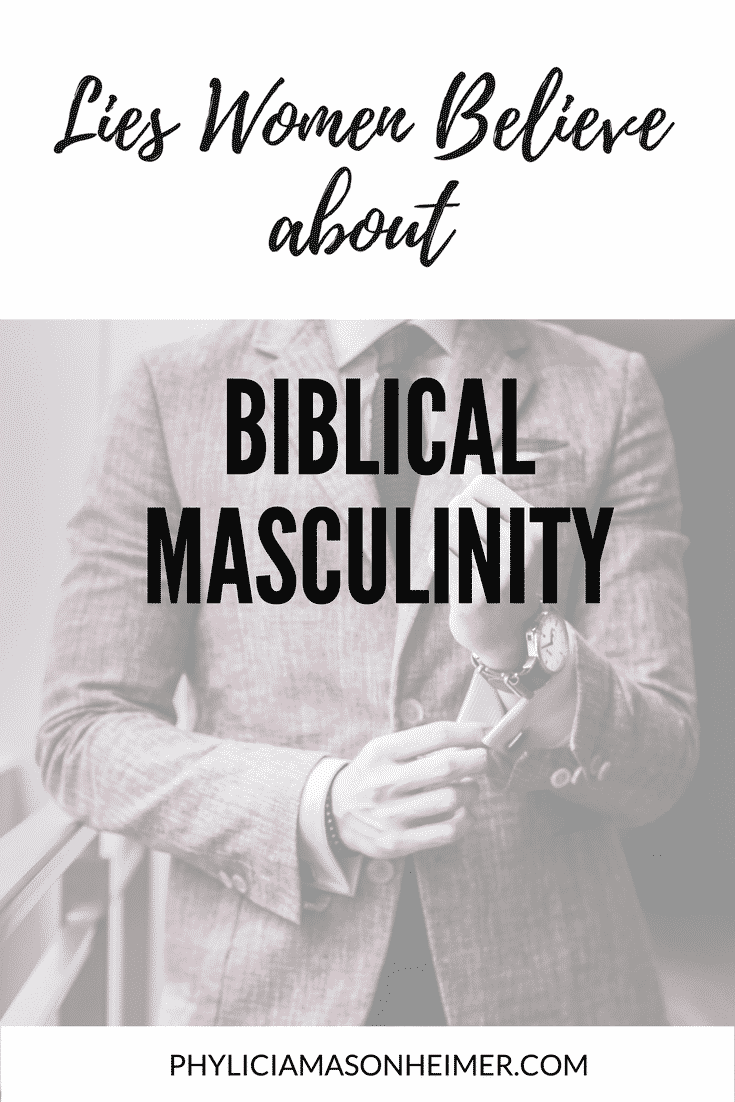 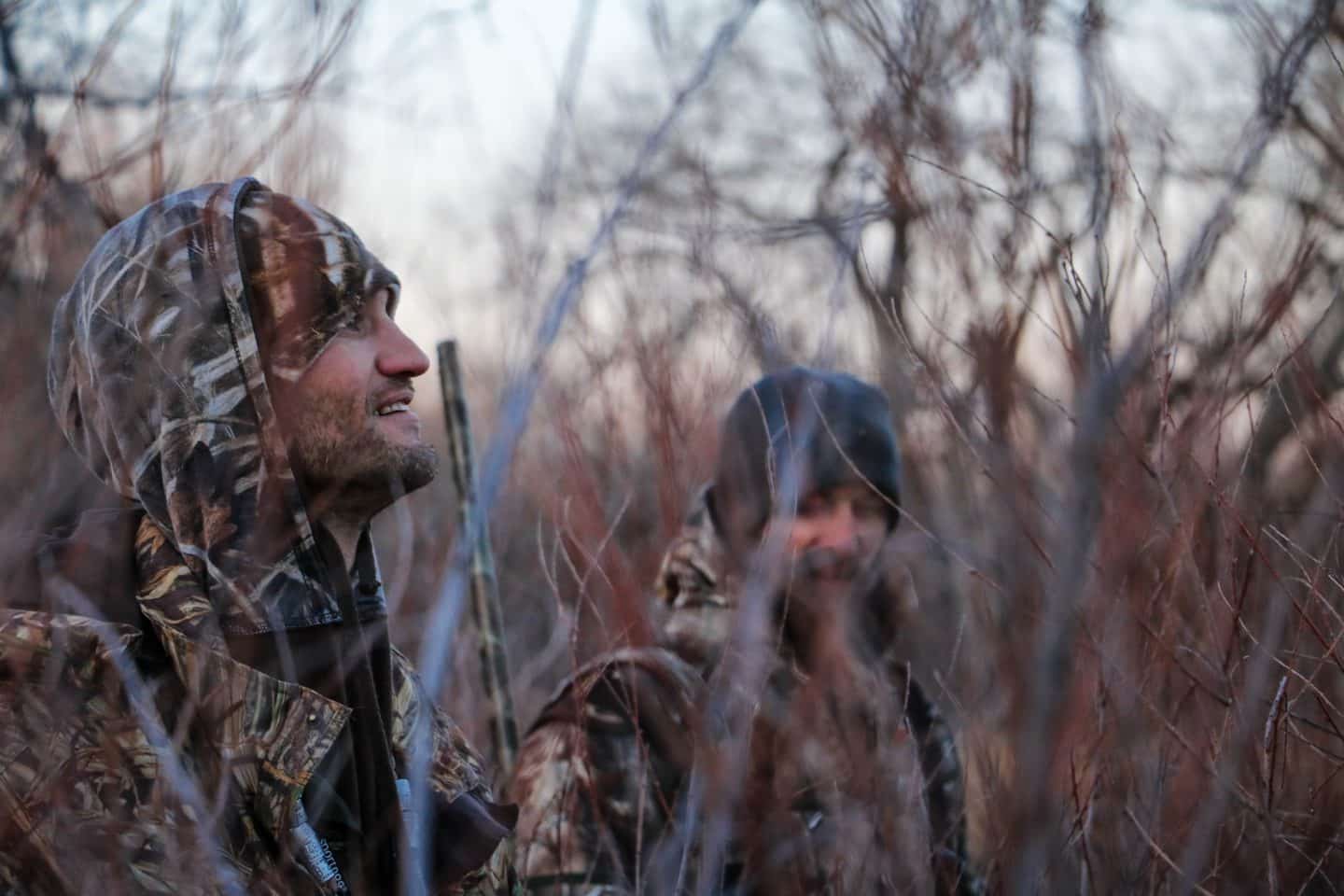 Perusing the argumentative stream on a blog post recently, I saw a theme emerge. The post was discussing modern Christian men. The comment thread was peppered with descriptions of masculinity: Words like leadership, protection, providing, littered the discussion. But in equal number were comments decrying the existence of man-buns and murses, guys who don’t hunt and guys who drive Priuses (Prii? Prius? Unsure about the plural here) – as if biblical masculinity required a certain haircut and hobby list.

Even outside of Facebook, there is confusion among believers on what qualifies a “godly man”. We’ve added cultural preferences to biblical requirements – and it’s confusing Christian women. Depending on the culture in which you were raised, you may have been taught that a godly man must not only “love the Lord with all his heart, soul, mind, and strength” – he must also hunt, fish, and drive a truck. If he doesn’t, he’s not a “real man”.

Plenty of men have written on this topic, offering a masculine perspective that is far more needed than my own (such as in this awesome article). But as a woman teaching women, I think it’s worth discussing. My single readers need an accurate picture of godly manhood – not a confusing conglomeration of biblical truth and cultural preference. Following are three misconceptions about biblical masculinity, based on a talk I gave on my Facebook page (watch the full video here).

biblical men only look one way

The narrative for biblical masculinity now goes beyond true biblical parameters. In the culture in which I grew up, Christian men weren’t just expected to be of good character – they must also hunt, fish, wear camo, drive a truck, and be otherwise interested in outdoor survival. Where I live in northern Michigan, this is the cultural norm.

But what happens when you meet a godly man who doesn’t express interest in these “masculine” pursuits? Is he not a “real man”? Some Christians would say yes. According to Scripture, that’s absolutely not the case. The Scriptural outline for a godly man focuses on the inner attributes of his heart:

Blessed is the man who fears the Lord, who greatly delights in his commandments! His offspring will be mighty in the land; the generation of the upright will be blessed. Wealth and riches are in his house, and his righteousness endures forever. Light dawns in the darkness for the upright; he is gracious, merciful, and righteous. It is well with the man who deals generously and lends; who conducts his affairs with justice. (Psalm 112)

But as for you, O man of God, flee these things. Pursue righteousness, godliness, faith, love, steadfastness, gentleness. (1 Tim. 6:11)

He has told you, O man, what is good; and what does the Lord require of you but to do justice, and to love kindness, and to walk humbly with your God? (Micah 6:8)

Husbands, love your wives, as Christ loved the church and gave himself up for her, 26 that he might sanctify her, having cleansed her by the washing of water with the word, 27 so that he might present the church to himself in splendor, without spot or wrinkle or any such thing, that she might be holy and without blemish.[a] 28 In the same way husbands should love their wives as their own bodies. He who loves his wife loves himself. (Eph. 5:25-28)

Not all biblical men will look the same way – culturally or spiritually. Not only will interests, hobbies, and passions differ, so will spiritual gifts and personality type. Whether this is due to childhood or personal preference has no bearing; godliness is not determined by outward appearance but by an attitude of the heart. It is possible to be a hard worker, disciple of Christ, and – yes – a “real man” without conforming to your culture’s masculine ideal.

Assuming that biblical men only look one way – physically or otherwise – leaves no room for individuality. It creates a narrow view of gender roles and therefore a narrow view of servant leadership, which is what godly husbands are called to pursue.

biblical men only lead one way

The second misconception – this one mostly on the female side – is that godly male leadership takes only one form. Spiritual leadership in the church and home is assumed to include the following: heading up a bible study, initiating devotions with your girlfriend or wife, singing during worship, and reading your bible. The more public your leadership, the more commended it will be.

This is a grave disservice to the men of the church whose spiritual gifts are not teaching, exhortation, or prophecy (truth-speaking). Men who lead by serving or whose gift is administration are often overlooked by Christian women who believe “spiritual leadership” must include a microphone or a stage. As I stated in my popular post, Marry the Man Who Stays:

We’re trained to look for the movers and shakers, the leaders and the loud. We think spiritual leadership means holding the microphone – but it’s more about holding the fort. The man who stands on principle isn’t en route to anywhere else; he’s neither moving nor shaking. He simply stays.

We think of faithfulness as something practiced once we’re married, but it doesn’t just happen when the rings slip on our hands. It’s a discipline of the heart that begins early. It’s the choice to stick with it when things get tough, when you’re overlooked, when your work is ignored and you’re left standing there. It’s choosing to stay when you have every reason to leave.

The man who stays faithful when no one is looking – in his job, in his ministry, in his life – is the man who stays with you when marriage gets hard. This man doesn’t run from a fight, not so he can win it – but so he can win back your trust. He stays to the end because he values a happy ending. His glory isn’t in applause and popularity but in the quiet assurance of his faithful love.

“Invisible” leadership – leadership by example, by serving, by working quietly in the background – is just as valuable and “manly” as the visible forms. But we must open our eyes to see it!

The beautiful thing about diversity of leadership is this: In marriage, that diversity complements the leadership of a man’s wife. Together, husband and wife lead one another closer to the Lord. If the wife’s gifts are teaching and exhortation (like mine), a husband’s gifts of service and prophecy (like Josh’s) will lead her into a fuller understanding of God’s multifaceted character, and vice versa. We must learn to appreciate the different ways godly men are gifted and allow those gifts to reach full potential in our marriages. When we assume that all men must lead the same way, we cheat our single women AND we shortchange the marital covenant.

biblical men only love one way

The third misconception: Biblical, godly men only love by pursuing. While men do possess a desire to pursue, to conquer, to win the woman of their heart, not all of them pursue in the same manner. And pursuit is not one-sided, either. It is not sinful for women to express interest in men (read more) and any healthy relationship requires reciprocation of pursuit in order to grow (just read Song of Solomon!).

God Himself pursues us, but His love is not limited to pursuit. He also draws us to Him and He expects us to seek Him. Though the Lord is perfect, our human relationships echo that model and require us to also draw near, pursue, and seek out our husbands. When we operate in narrow definitions of love and pursuit, we miss out on the full revelation of God’s love through human relationships.

God’s love is manifested in many different ways, and so is man’s. When we were dating, my husband wrote me poems on red construction paper hearts. We’ve been married four years, and I don’t get many poems anymore! But he repairs our vehicles, changes baby diapers, and kisses me at the kitchen stove. These are new expressions of love as both he and our marriage have changed over the years.

Christian women would do well to see beyond our Christian-cultural norms for “biblical” masculinity and ask, “Is this truly biblical, or is it cultural? Would this same concept of masculinity apply for a Christian in a another country?” The bible is universally applicable, but cultural norms are not. As we allow the simple, straightforward truth of Scripture open our eyes to the diverse ways godly men may look and live, we will become more grateful for the godly men in our lives.

← Mama, Embrace Your Not-So-Quiet Time What to Do With That Confusing Bible Passage →
0
0
Your Cart
Your cart is emptyReturn to Shop
Continue Shopping